Ax vs. Axe–What’s the Difference?

Ax and axe are different spellings of the same word. There is no difference in meaning or pronunciation. However, you might be surprised by all the possible meanings these two spellings share. The Merriam-Webster lists three primary definitions besides the cutting tool. Axe also refers to a hammer with a sharp edge for dressing or spalling stone. Musical instruments, such as guitars and saxophones, are also axes. As a verb, axe means the abrupt removal of something. You’ll recognize that meaning in the phrase, “get the axe” which sometimes refers to a dismissal, such as someone being fired from their job. 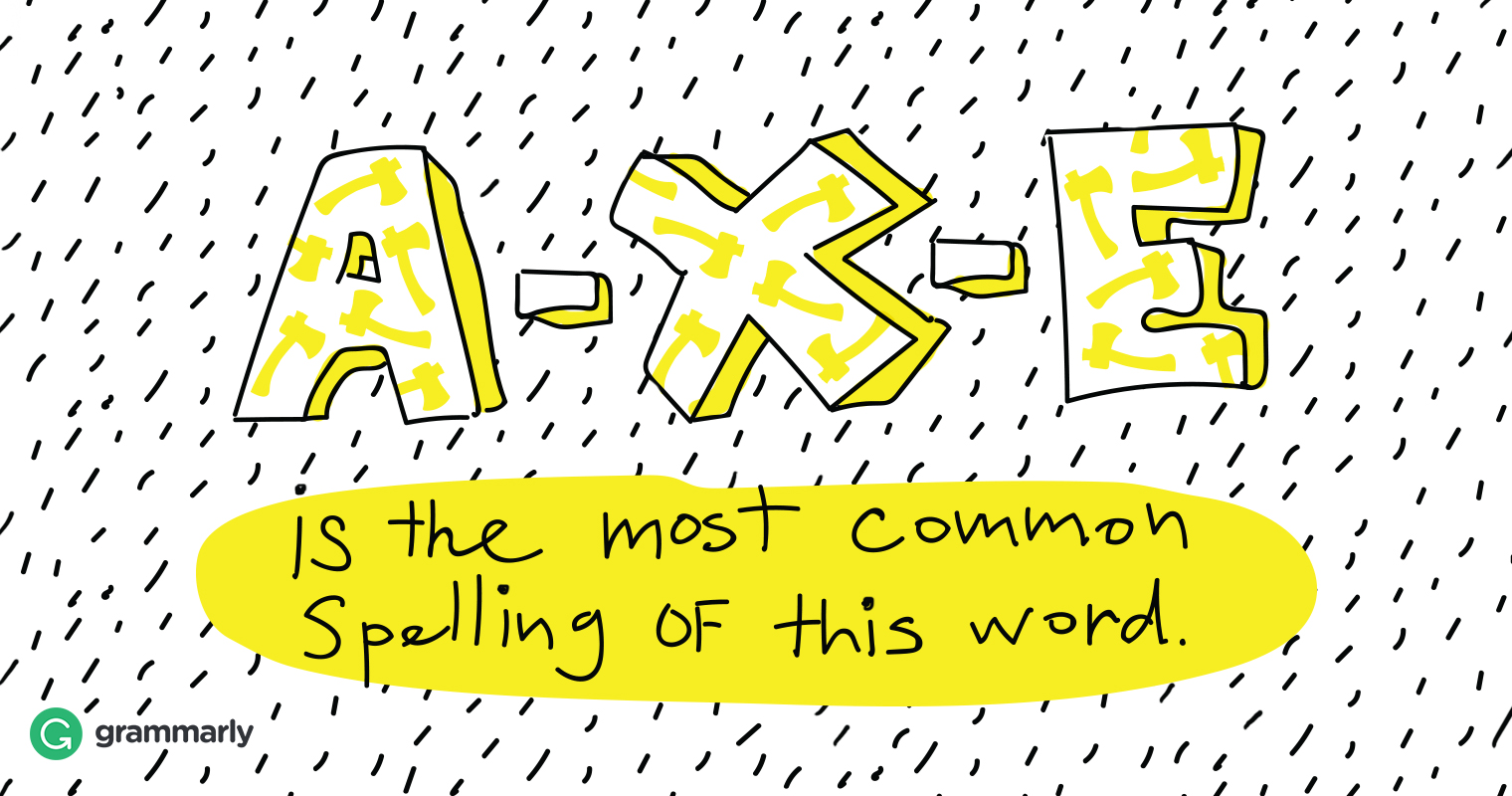 Here’s a tip: Outside of the United States, you are most likely to encounter the longer spelling—axe. But you will see axe in American English fairly frequently.

Many dictionaries say that “ax” is the most common spelling in the U.S. You will find the shortened form in compound names such as pickax and poleax. However, according to Garner’s Modern English Usage, axe is actually about twice as common as ax.

Expressions with Axe or Ax

Do you know any other phrases that contain axe? How about “an axe to grind?” People often use the expression when they have a complaint: I have an axe to grind with you! In his autobiography, Benjamin Franklin relates a story about a man who asked a smith to sharpen his axe. He eventually ends up turning the grindstone himself, thus sharpening his own tool. Whether the story connects directly to the idiom is uncertain, but later, another author published a similar story with the expression “an axe to grind.” In this story, axe refers to a selfish ulterior motive.

When I see a merchant, overpolite to his customers–begging them to taste a little brandy, and throwing half his goods on the counter–thinks I–That man has an axe to grind.
Who’ll Turn Grindstones? published anonymously

Another common expression is “to get the axe.” Though axes are useful tools, getting the axe means to be fired or expelled! If a project or service gets the axe, that means that it’s discontinued. The American Heritage Dictionary of Idioms relates the origins this term to the axe of an executioner.

I could see my mother going in Spaulding’s and asking the salesman a million dopey questions—and here I was getting the ax again. It made me feel pretty sad.
J.D. Salinger, Catcher in the Rye
Here’s a tip:

Historically, battle axes were weapons for hand-to-hand combat. Warriors also launched them at their enemies from a distance. However, the term is also used figuratively. Do you remember the cruel character Miss Agatha Trunchbull from the book (or film) Matilda? This ferocious school administrator punished one girl by swinging her around in a circle by her pigtails. Was she a battle-axe? This term is sometimes applied to women who are seen as angry or controlling, but many consider it to be offensive.

He emerges as a genuinely likeable guy—the opposite of his battle-ax of a mother—who always cast a wry eye on the world’s follies.
David Anfam, Concrete Expressionism; David Anfam on De Kooning: An American Master
Here’s a tip: Want to make sure your writing always looks great? Grammarly can save you from misspellings, grammatical and punctuation mistakes, and other writing issues on all your favorite websites.

Do you write ax or axe? Cast your vote for the correct spelling in our poll.