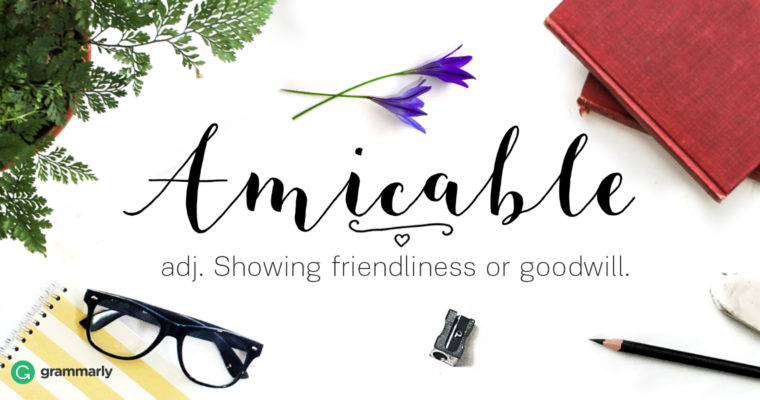 A lack of amicability is to blame for many of the world’s hardships. We would see fewer wars if the opposing sides were capable of finding amicable solutions. The meaning of the word amicable is also something that people who are going through a divorce might be familiar with.

What Does Amicable Mean?

Amicable means a desire to avoid conflict and settle things in a peaceful manner. It’s synonymous with “friendly” and “peaceable,” so an amicable settlement might be a settlement that was performed in a friendly manner and didn’t involve a lot of fighting. There’s no room for antagonism if you want to do things in an amicable way. 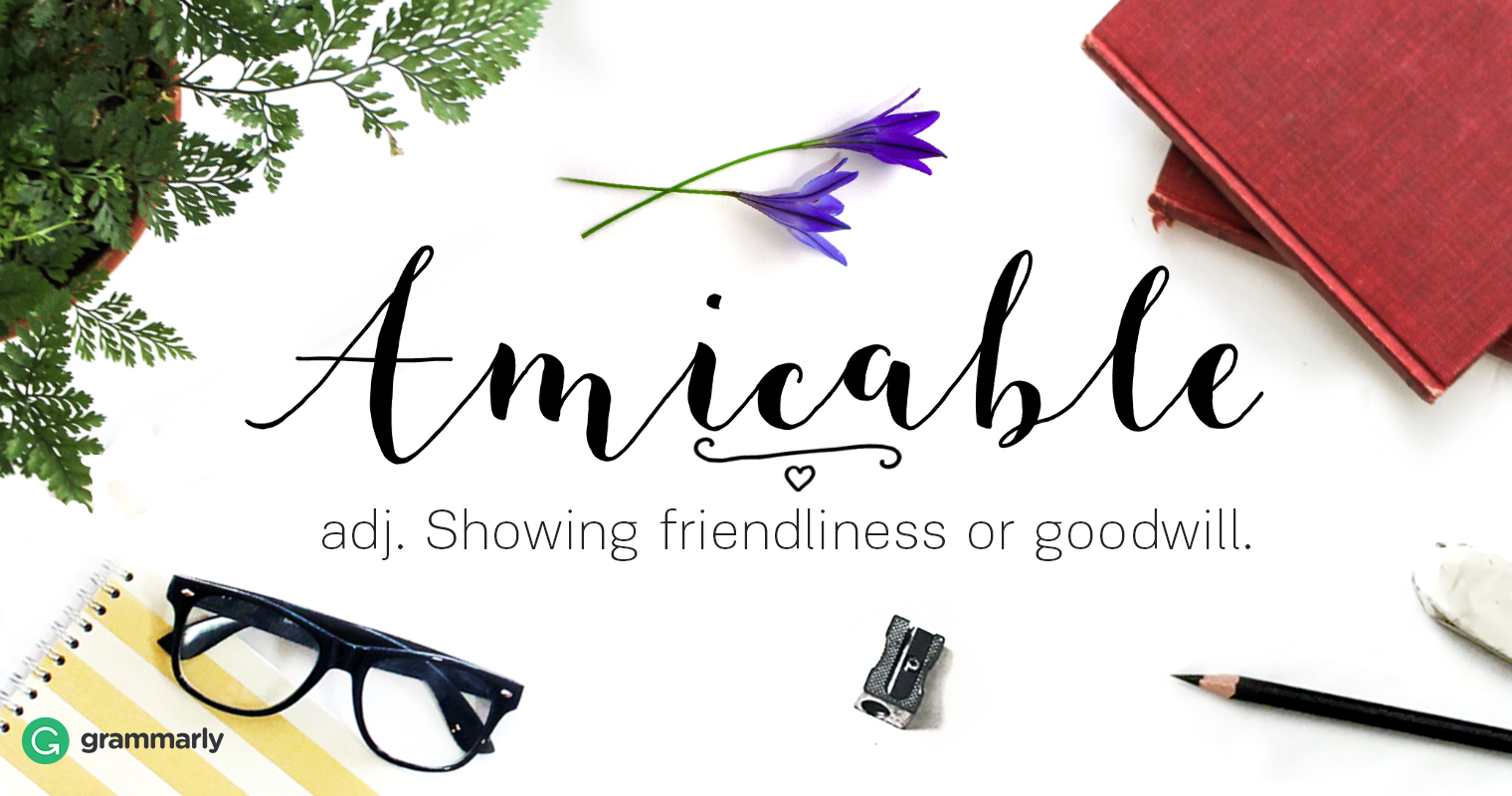 Amicable is an adjective, but if you want to use an adverb with the same meaning, you can use amicably. There are also two nouns that are derived from amicable: amicability and amicableness.

Amiable and amicable are two words that have a lot in common. They share the same roots—both words come from the Latin word amare, which means “to love.”

The two adjectives’ inflected forms are also very similar—there’s amiably and amicably, amiability and amicability, and amiableness and amicableness.

Most importantly, amiable and amicable have a very similar meaning in the sense that both can be used as a synonym for “friendly.” However, while amicable is often used to suggest friendliness in a situation where unfriendliness could occur, the friendliness of amiable is more the agreeable sort of friendliness that people or things might possess. Amicable is an adjective that describes relationships and situations. Amiable describes people and sometimes things.

Examples of Amicable and Its Inflected Forms

If Ed’s team, label and publishing companies don’t come to an amicable agreement with Ed Townsend’s estate, the case could go to court. —BBC

Children whose parents do not work together to co-parent amicably, maturely, and fairly, have children who feel overwhelmed, neglected, and stressed. —The Huffington Post

While the Irish have long struggled with their independence, they never lost their amicability. —Forbes

This is a charming gesture, but amicableness does sometimes require both parties to be amicable. —The Independent