Albeit Meaning and Usage

Marko Ticak
Grammar
Here’s a tip: Want to make sure your writing always looks great? Grammarly can save you from misspellings, grammatical and punctuation mistakes, and other writing issues on all your favorite websites.
It seems that the word albeit has fallen from grace with the English speaking world. If you look it up, you’ll see that it’s an uncommon word. You’d also find plenty of voices advocating for more common synonyms, like though, although, or even though. But there are a couple of reasons albeit and the words commonly listed as its synonyms are not always interchangeable—albeit is not just another word for although, for example. If you want to go against the grain here, you need to know what albeit means and understand how to use it. 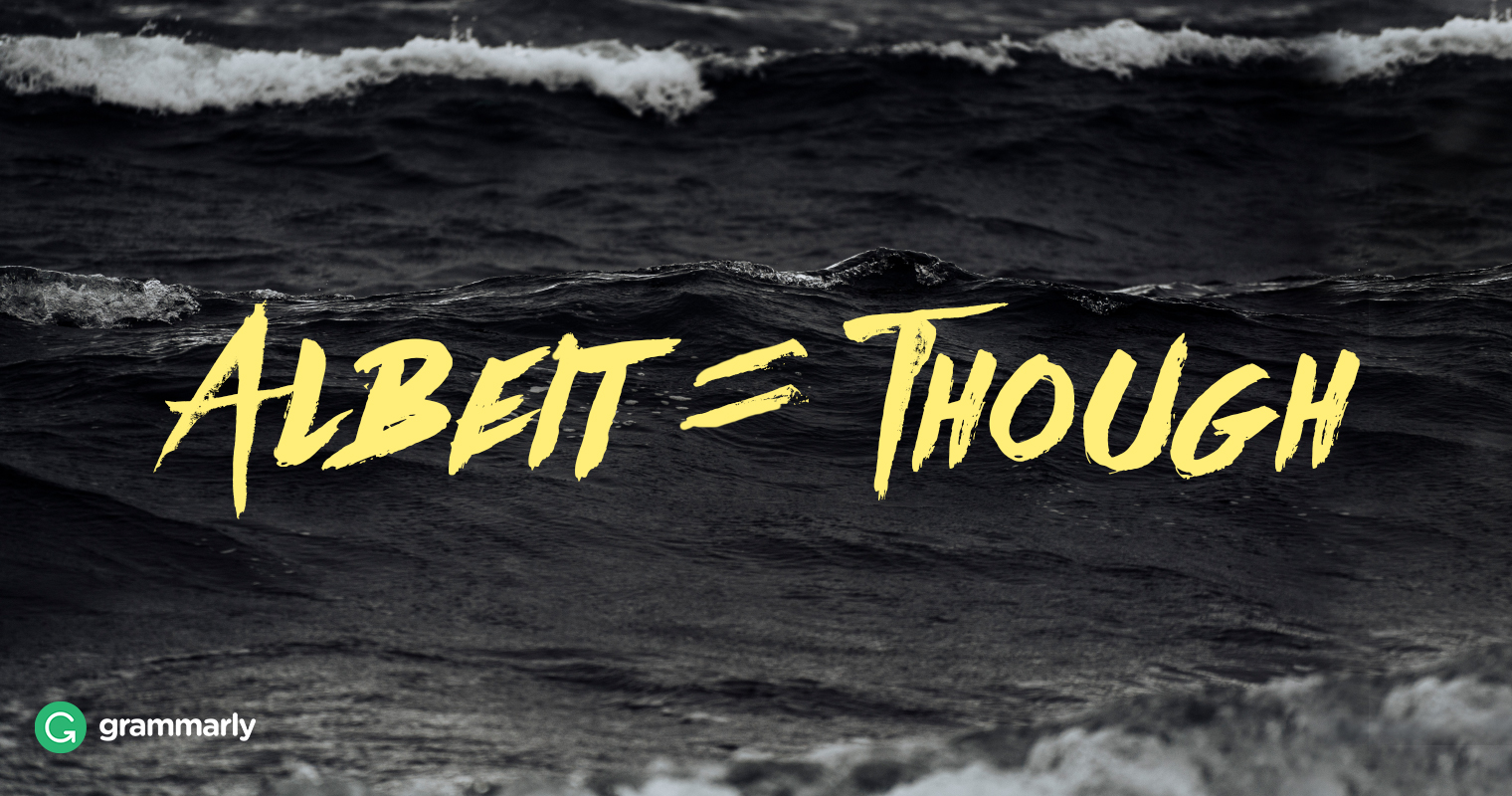 What Does Albeit Mean?

Albeit is stitched together from three words—the prefix al, which means “completely” or “all” (the same prefix you see in although), the third-person singular present subjunctive of the verb be, and the pronoun it. The resulting word is commonly cited as synonymous with although, but if you look at it more carefully, you’ll notice that albeit contains a verb and a pronoun and although doesn’t. In fact, the equivalent of albeit would be the phrase “although it be,” so even if the two words have the same meaning, they cannot be used interchangeably in all cases.

How to Use Albeit?

Albeit is a conjunction, and it does what conjunctions do—it connects clauses. If you want to use albeit, your safest bet would be to use it to introduce a concessive clause. You can tell a clause is a concessive clause because it will begin with even though, although, or albeit, and it will express something that contradicts the information in the main clause:

He was a welcome addition to the team, albeit a late one.

Albeit can also be used to introduce subordinate clauses. However, this is the territory where although and even though usually seem more natural. Albeit can sound awkward in these situations.

What you can’t do with albeit but can certainly do with although is introduce independent clauses. This is one of the reasons why the two words are not always interchangeable.

Examples of Albeit in Use

Analysts accused the government of inconsistency because some other legislative candidates who advocated independence or self-determination, albeit less forcefully, have been allowed to stand. —Financial Times

The protagonist of Epiphany Jones (Orenda Books, £8.99) also has trouble with reality, albeit for entirely different reasons. —The Guardian

Anyway, for fans of Patlabor we have a new albeit brief animated entry to look forward to. —Forbes

Mravinsky carries the composer’s work to another dimension, albeit one inhabited by Tchaikovsky’s sensual lyrical beauty. —The National