24 Wordplay-Based Jokes That Make Us Giggle 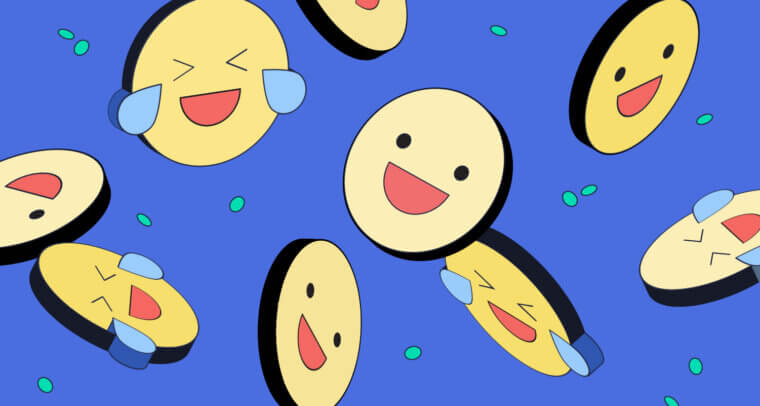 ​​At Grammarly, we think about putting words together like it’s our job, and that’s because, well, it is. So it’s probably no surprise that we love jokes involving wordplay—or better yet, jokes about words themselves. And we’re not above the occasional admittedly cringey dad joke.

So get ready for some bookish humor: We’ve rounded up a few of our favorite word-based jokes and puns.

1 The past, the present, and the future walked into a bar. It was tense.

2 Can February March? No, but April May!

4 I ordered an egg and a chicken on Amazon. I’ll let you know.

5 What’s the difference between a literalist and a kleptomaniac?

I thought, “That’s an unnecessary comma.” Then it hit me.

7 I’m going to stand outside. So if anyone asks, I’m outstanding.

8 What do you call a can opener that doesn’t work? A can’t opener.

9 Why did Shakespeare only write using pens? Pencils confused him. 2B or not 2B.

10 You do realize that vampires aren’t real. Unless you Count Dracula.

11 Why did the introvert become an astronomer? She needed her space.

12 When does a dad joke become a dad joke? When it becomes apparent.

13 My dad always said I loved alphabet soup growing up. But really it was just him putting words in my mouth.

16 What do you call a nocturnal insect that knows just the right word? Le moth juste.

17 What kind of dinosaur can help you find a handy synonym? A thesaurus.

18 What kept the polecat reporter busy all day? Ferreting out details.

20 Outside a dog, a book is probably a man’s best friend. Inside a dog, it’s too dark to read.

23 I invented a new word! Plagiarism.

24 A word in this sentence is misspelled.

Excellent writing isn’t easy, even when the subject is just a goofy joke about an alligator who only thought of the right thing to say after it was too late. (He had l’esprit de l’scales. No? . . . We’ll keep working on that one.)

Whatever the case, Grammarly can help your writing shine, so the only misspellings and misplaced commas are the ones you selected for comedic effect. After all, you want your words to deliver smiles wherever they go—not whenever they go.

>>Read More: How to Write a Joke