Wether vs. Weather vs. Whether—What’s the Difference?

If you saw wether, would you think it is a misspelling of weather or whether? Wether is a word, but what does it mean? What’s the difference between these three words?

A wether is a ram or goat that is castrated at a young age. Unless you work with livestock, you are not likely to use the term very often. However, one word that you may know derives from wether. Shepherds and goatherds attach a bell to the lead animal and call it a bellwether. The word now describes anyone who leads. In an election, counties or states are bellwethers when they seem to indicate which direction the country will go. Notice this explanation of bellwether in the quote below and a usage example of wether:

And shepherds would tie a bell to one of their trained wethers and let that wether find the path or answer the call. . . And the bell would jangle, and the other sheep would go along. So in politics, the bellwether is a state that signals the direction of the whole flock of states.
NPR
There were a lot of happy wether sellers at the Jamestown, South Australia, sheep market last Thursday.
Stock & Land 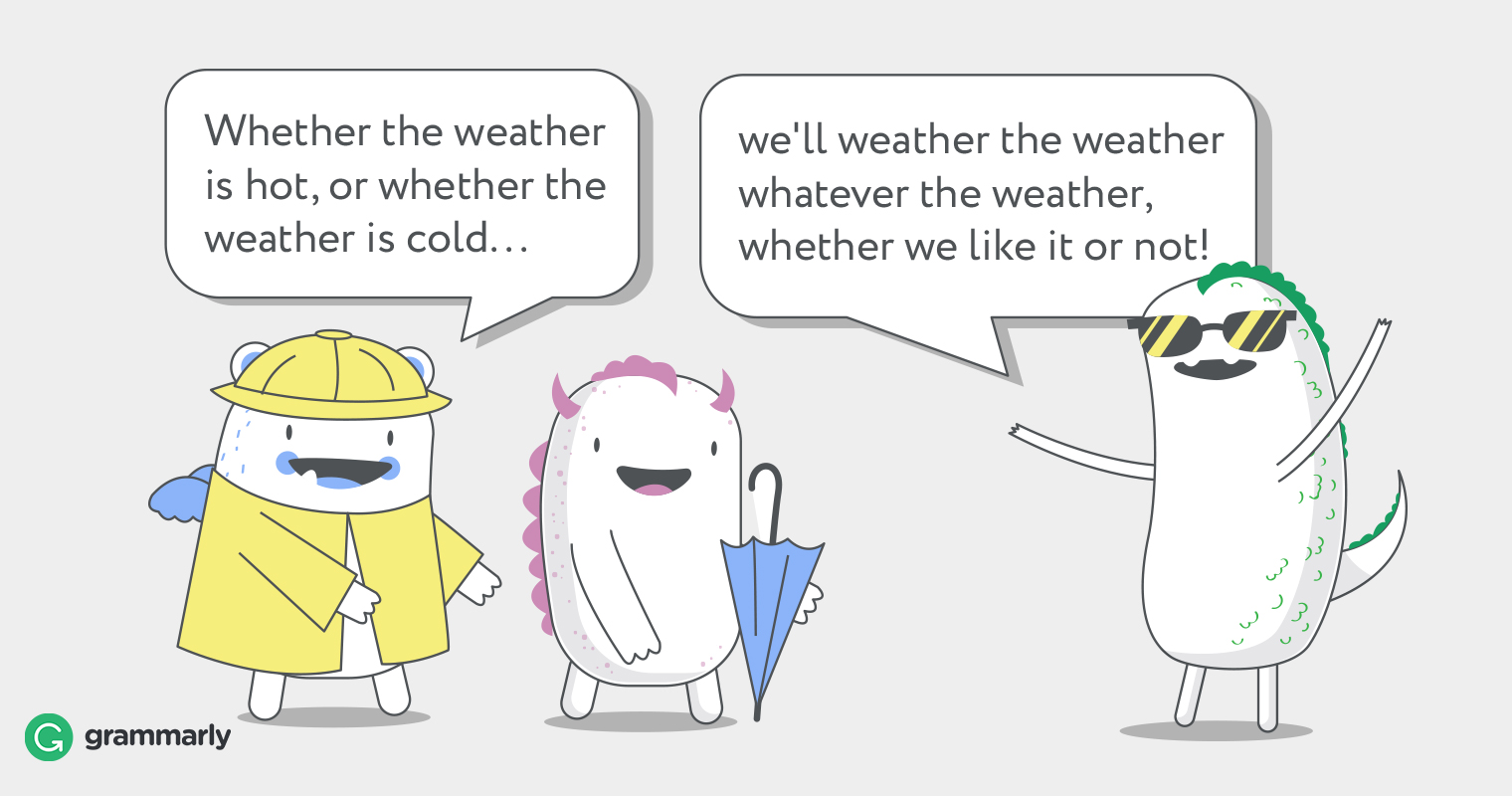 Now for the other two confusing homophones—whether and weather. The noun weather derived from a word meaning air and sky. The state of almost anything related to the air and sky is weather—temperature, windiness, moisture, etc. As a verb, weather means to endure or to be exposed to and affected by weather. Let’s look at some examples before moving on to whether.

If the team can weather the adversity it has faced this fall, Denham should be among the teams to beat in Class 5A this season.
The Advocate
When we make a weather forecast, we have thousands of observations of temperature, wind and moisture at different levels of the atmosphere that feed into our models.
The Washington Post

Whether is a conjunction. It’s meaning is similar to if. It often introduces the first alternative of a group. Here is an example of whether in its most common phrase—whether or not.

It’s time for retailers to help people find products in their precise moment of need — and perhaps before they even perceive that need — whether or not they’re logged in or ready to click a “buy” button on a screen.
Harvard Business Review

Whether is a conjunction meaning if. Wether is a neutered goat or sheep. Weather is the state of the atmosphere. Will you ever mix them up again?