Every Type of Sentence, Explained 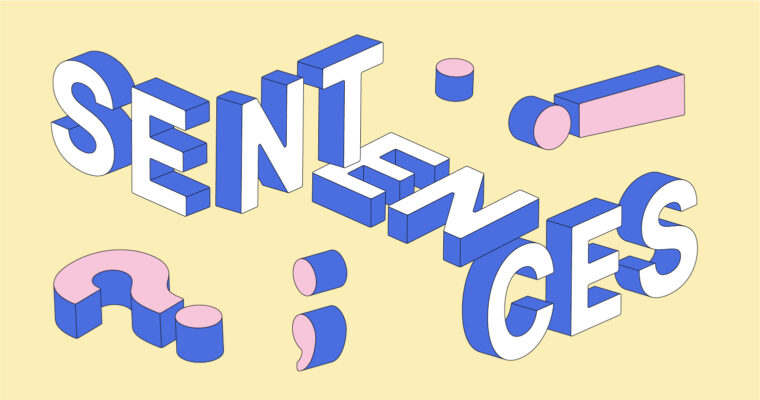 Every sentence is unique. That’s a declarative sentence.

But what makes every sentence unique? That’s an interrogative sentence.

When you understand each unique type of sentence, you’ll become a stronger writer. That’s a conditional sentence.

That last one was an imperative sentence.

Types of sentence based on function

Sentences can be classified in two ways: based on their function and based on their structure. When you describe a sentence based on its function, you’re describing it based on what it does.

A declarative sentence is a sentence that:

Declarative sentences are among the most common sentences in the English language. You use them every day. They end with periods.

Here are a few examples of declarative sentences:

An interrogative sentence is a sentence that asks a question, like:

One hallmark of interrogative sentences is that they usually begin with pronouns or auxiliary verbs. When this kind of sentence does start with the subject, it’s usually in colloquial speech. For example:

Much like an interrogative question ends with a question mark, an exclamatory sentence ends with an exclamation mark. These sentences communicate heightened emotion and are often used as greetings, warnings, or rallying cries. Examples include:

An imperative sentence is a sentence that gives the reader advice, instructions, a command or makes a request.

With an imperative sentence, the subject is generally omitted because the reader understands they’re the one being addressed.

Conditional sentences are sentences that discuss factors and their consequences in an if-then structure. Their structure is:

Conditional clause (typically known as the if-clause) + consequence of that clause.

A basic example of a conditional sentence is:

Types of sentence based on structure

The other way to categorize sentences is to classify them based on their structure. Each of the types of sentences discussed above also fits into the categories discussed below.

A simple sentence is the most basic type of sentence. This kind of sentence consists of just one independent clause, which means it communicates a complete thought and contains a subject and a verb.

A few examples of simple sentences include:

A simple sentence is the smallest possible grammatically correct sentence. Anything less is known as a sentence fragment.

Dependent clauses appear after a conjunction or marker word or before a comma. Marker words are words like whenever, although, since, while, and before. These words illustrate relationships between clauses.

The following are complex sentences:

Examples of compound sentences include:

Here are a few examples of compound-complex sentences:

Make every one of your sentences stronger

All sentences are not created equally. And that means some types of sentences are a little bit harder to get just right. Before you send that next email or submit your next paper, have Grammarly give your writing a once-over and suggest ways to make every one of your sentences as strong as it can be.