The 7 Types of Essays Every Student Needs to Know 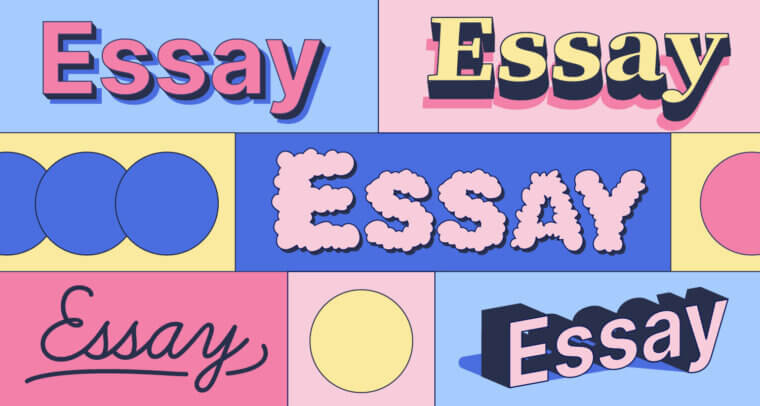 Throughout your academic career, you’ll write a lot of essays. And you’ll probably write a lot of different types of essays, such as analytical and argumentative essays. Different kinds of essays require different skills, like infusing figurative language into a personal essay to help it come alive or critically thinking through a multifaceted problem in an analytical essay to reach a solution. Essays vary in length and structure, too, with some spanning pages and others fitting neatly into just a few paragraphs.

Get to know these seven types of essays before you’re assigned to write them. Understanding how they’re different—and how they’re the same—will turn you into an expert essayist.

The four main types of writing

In many of the online resources you’ll find about the types of essays, you’ll find references to the four main types of writing:

These aren’t four specific types of essays, but four distinct methods of communicating an essay’s theme. They are the four most commonly used of the nine traditional rhetorical modes, which also include methods like classification and process analysis.

When you’re assigned an essay, using one of these rhetorical modes might be part of the assignment. For example, you might be asked to write an argumentative essay about a new proposed campus policy and whether it should or should not be enacted. In your essay, you’d use persuasive writing techniques, like expressing your point of view about the proposed policy and its likely repercussions, to communicate your position.

Understanding the four main types of writing can help you understand the texts you work with better. When you’re reading an essay, try to identify which type of writing the author is using by examining the essay’s structure, tone, words used, and how the author presents their theme. By doing this, you can analyze an essay on a deeper level and write a stronger essay of your own based on those insights.

In a personal essay, your focus is on something that has impacted you personally. It could be an event from your past, a situation you’re currently facing, or a broader look at how different experiences and circumstances shaped you into who you are today.

Often, personal essays employ narrative writing techniques. However, they can also rely on expository or descriptive techniques, depending on the essay’s content and theme. Personal essays can overlap with other types of essays, like argumentative, humorous, and college application essays.

Personal essay example: The Death of a Moth by Virginia Woolf. In this essay, Woolf explores the fleeting nature of life by juxtaposing it against inevitable death by describing a moth’s final moments.

You may recognize some of the most well-known political essays from what you read in history class. These essays are pieces by famous historical and contemporary thinkers that discuss society and how it should be governed. A few famous political essayists you’ve likely read in class include Thomas Hobbes, John Rawls, and Jean-Jacques Rousseau. In a political essay, the author comments on present circumstances and proposes solutions to them, sometimes pulling examples of similar circumstances or solutions from history. Generally, political essays fall into the expository or persuasive writing categories.

Political essay example: The Era of Easier Voting for Disabled People Is Over by Sarah Katz. In this essay, Katz discusses how pandemic-related changes to the voting system made voting easier for individuals with disabilities and how new bills that aim to curb voter fraud can have a negative impact on this voter population.

Compare-and-contrast essays are likely one of the types of essays students write most frequently. In this kind of essay, the author exposes key differences and similarities between two subjects by comparing them to each other and contrasting them against each other.

You might be asked to compare two novels you read for class, two historical figures from the period you’re studying, two processes used to achieve the same result, or two concepts your instructor covered. In some cases, you may be asked to compare three or even more subjects. But generally, compare-and-contrast essays involve two subjects.

Usually, compare-and-contrast essays are pieces of expository writing, as the essay’s theme is exposed through the comparisons the author makes. They can also be pieces of persuasive writing when the comparisons are made to persuade the reader to take a specific position.

Not all essays you write in college count as college essays. In fact, unless you apply to graduate school or another kind of specific academic program once you’re in college, you’ll write all your college essays before you become a college student.

A college application essay, also known as a personal statement, is a brief personal essay that highlights the personality traits and experiences that make you an ideal fit for the college to which you’re applying. These essays are evaluated alongside high school transcripts for one’s admission to college.

Usually, college essays are written in response to specific prompts, like the prompts provided by the Common App. These prompts are crafted to help applicants write engaging, compelling personal essays by asking them to respond to multiple related points.

College application essay examples: You can read great examples of successful college essays on websites like collegeessayguy.com. Your school might even have a collection of successful essays for applicants to read, as this page on Johns Hopkins’ website does. In one essay, Switching Shoes, by a recently accepted Johns Hopkins applicant, the writer discusses how getting out of his comfort zone by trying a new sport reshaped his perspective. It pushed him to accept feedback more readily, speak up when he has questions, and appreciate his chosen sport in a broader way.

In an analytical essay, the author does not try to persuade the reader to take a certain position. Rather, the author presents a work, such as a movie or a short story, and analyzes its theme by discussing ways the work communicates its theme. For example, you might write an analytical essay about how the film Up communicated its theme of love being an action fueled by fulfilling promises. In illustrating this, you might bring up Russell’s dedication to earning his merit badge and Carl’s never giving up on Ellie’s goal of reaching Paradise Falls.

In some analytical essays, the author analyzes two or more works. When this is done to compare the works, the essay can be considered both a compare-and-contrast essay and an analytical one.

Analytical essay example: Island of Fear by Moses Martinez. In this high school–level literary analysis essay, the author explains how William Golding uses three characters in Lord of the Flies to demonstrate how differently people react to threats and trauma, even when those people are in the same environment.

Specifically, you argue for or against a particular position. For example, your assignment might be to take a position about your school’s policy of not allowing a student to take more than two AP courses per year and support your position with data. To support your position that it’s a good policy, you might point to the correlation between how many AP courses a student takes and their average AP test scores or the hours of homework required for each AP course.

Argumentative essay example: Does Truth Matter? Science, Pseudoscience, and Civilization by Carl Sagan. In this essay, Sagan argues that rather than being in opposition to spirituality, science should be considered a source—perhaps the most valid source—of the kind of fulfillment people usually take from spiritual practices.

Humorous essay example: The Santaland Diaries by David Sedaris. In this essay, Sedaris writes from the perspective of a man playing an elf at a mall Santa setup. Through this point of view, he satirizes this American holiday ritual through ironic anecdotes.

No matter what you’re writing about, grammar and spelling mistakes in your essay undermine the point you’re making. Don’t let it happen to you—use Grammarly to catch every mistake before you click “submit.”

Sometimes the issue isn’t your grammar, but your tone. Grammarly can help with that, too. Whether you’re writing a serious political think piece or a silly narrative of the last time you attempted to do Black Friday shopping, our tone detector can pick up on your intended tone and help you rein in your writing appropriately.