How to Use “Translucent”

Translucent is an adjective. It means “less than completely transparent, but clear enough to allow the passage of light.” Imagine a sheet of frosted glass. Light that shines through diffuses so that you discern the shapes of objects moving on the other side, but you can’t see any details. This glass is translucent. Check out how the following two authors use this adjective:

As Daenerys Targaryen rose to her feet, her black [dragon] hissed, pale smoke venting from its mouth and nostrils. The other two . . . added their voices to the call, translucent wings unfolding and stirring the air, and for the first time in hundreds of years, the night came alive with the music of dragons. ―George R. R. Martin, Game of Thrones

Best of all she liked his eyes, such a translucent golden brown, and so laughing. ―Colleen McCullough, The Ladies of Missalonghi 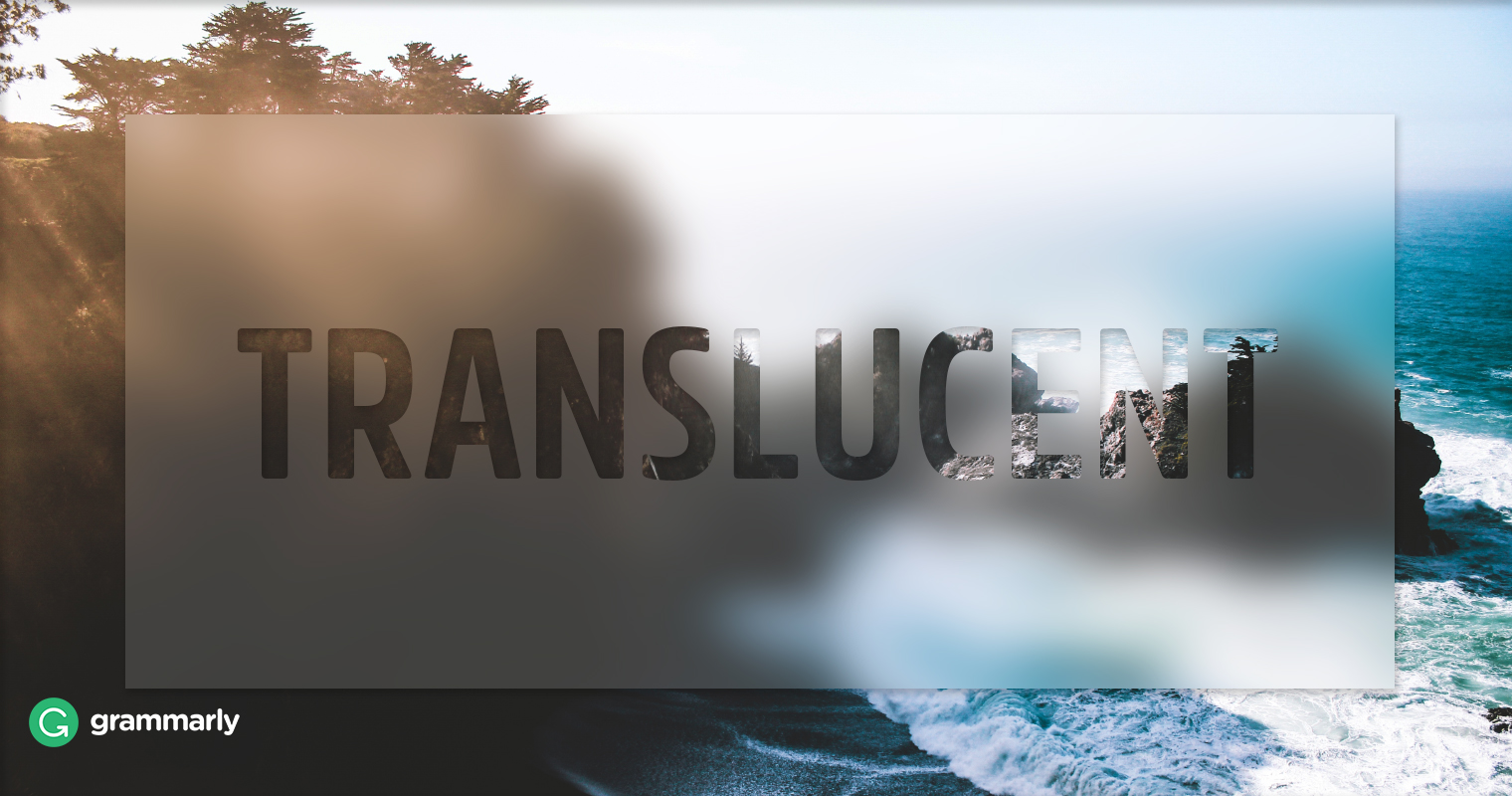 Translucent doesn’t always describe objects. It can express ideas or even explain someone’s character. In this context, translucent means “free from disguise or falseness” or “clear, understandable.” Take note of how writers use it in these quotes:

Gumbel admitted that his translucent personality was not ideally suited for the objectivity often required on his job. “I’ve never been good at putting on a reporter face.” ―Stephen Battaglio, From Yesterday to Today: Six Decades of America’s Favorite Morning Show

His inner life is then empty, a mere continuum of translucent ideas that never establish anything concrete. ―Daniel Calderone, et al., The Scrittore Case

The farm could be made from most any translucent (see-through) material, Sreyash says, possibly even from something found on the Martian surface.

Last week I watched sunlight glancing through small breakers to light up the water in softly radiant blue-green.

In other contexts, there is a sharp distinction between translucent and transparent. According to the Physics Stack Exchange website, transparent is the appropriate term if no diffusion of light occurs. In all other cases where light shines through a surface, translucent is the proper word. It is not uncommon to see descriptions of liquids that include translucent because liquids diffuse light. One commenter on Yahoo Answers explained how most people separate the terms: “Transparent means you can see right through [it] like a plate of glass. It [has] no colour. Translucent means it has colour, but you still can see through it, like apple juice. Pure water is transparent.”

Translucent comes from a Latin word that means “to shine through.” If you remember its roots, it’s easy to remember its definition—permitting the passage of light, allowing objects on the other side to be seen but perhaps not in precise detail. Now that you know how translucent functions, you should be able to use it. Now, what appliance do you need to learn how to use today?