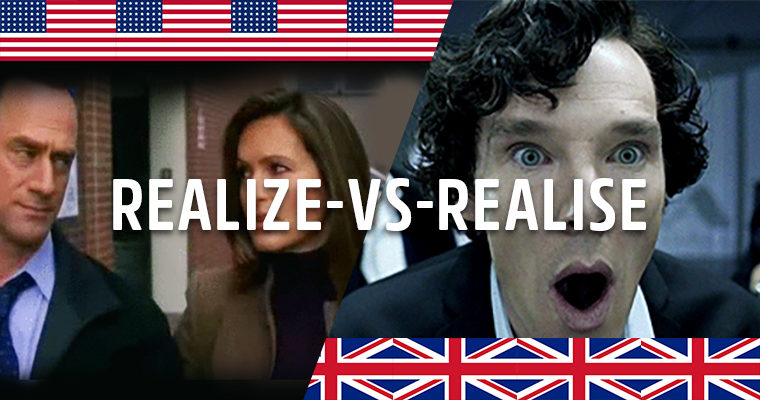 Realise and realize are different spellings of the same word, and they can be used interchangeably. Both are common throughout the English-speaking world, though in different areas. Realize is preferred in American and Canadian English, while realise is preferred outside North America.

You can find more details about these spelling differences below.

Realise or Realize—Which Should I Use?

People associate a lot of things with British culture—one of them is how different British English is from American English, spelling included. Let’s compare realise and realize.

Here’s a tip: Want to make sure your writing always looks great? Grammarly can save you from misspellings, grammatical and punctuation mistakes, and other writing issues on all your favorite websites.
Consider your audience. For American readers, the -ize ending is probably the way to go. While both endings might be correct according to your dictionary of choice, you could unnecessarily alienate your audience if you insist on using -ise. Elsewhere, preferences might not be as strong, but they might view -ize as an American spelling. What is important is that you are consistent. For example, if you decide to go with realize, you should use the -ize ending for all verbs that can be spelled with either -ize or -ise. By doing so, you will minimize the risk of someone thinking you’ve made a mistake.

The -ise ending is actually newer than the -ize ending. In Britain and other countries, it became popular after 1875, when it began appearing in news articles. However, the -ise ending didn’t catch on in the United States or in British science periodicals and professional journals. For that reason, you will see both verb endings in British literature. 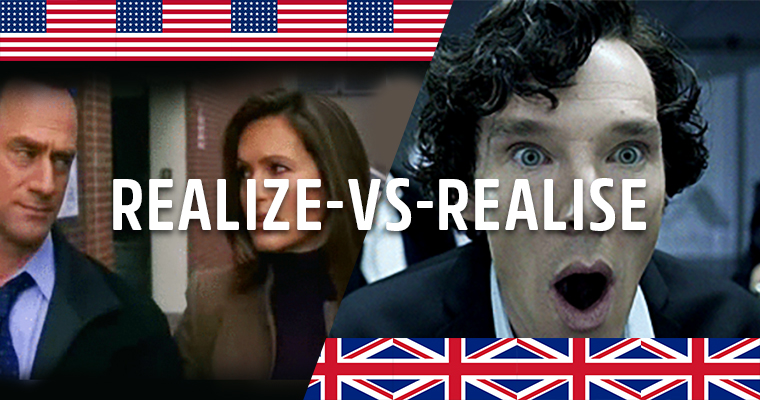 Oxford University Press, a British publisher, prefer to use the -ize ending for words that derive from the Greek suffix -izo. Doing so reflects the origins of verbs and nouns, such as realization, organization, and privatization. An -ise ending could erroneously suggest that the verbs derive from the French verbs réaliser, organiser, or privatiser. That’s not to say that Oxford style always condemns -ise endings. To illustrate, the -ise of televise doesn’t have a Greek origin, so that -ise ending is A-okay.

People do not seem to realise that their opinion of the world is also a confession of their character.
Ralph Waldo Emerson
We’re living in science fiction, but we don’t realize it.
Terry Pratchett
Adding this up, Woolworths could realise up to $1bn on the sale.
The Australian
Worse than not realizing the dreams of your youth would be to have been young and never dreamed at all.
Jean Genet

Which do you prefer—realise or realize? Will you choose the spelling most popular where you live?