What’s the Rarest Letter of the Alphabet? 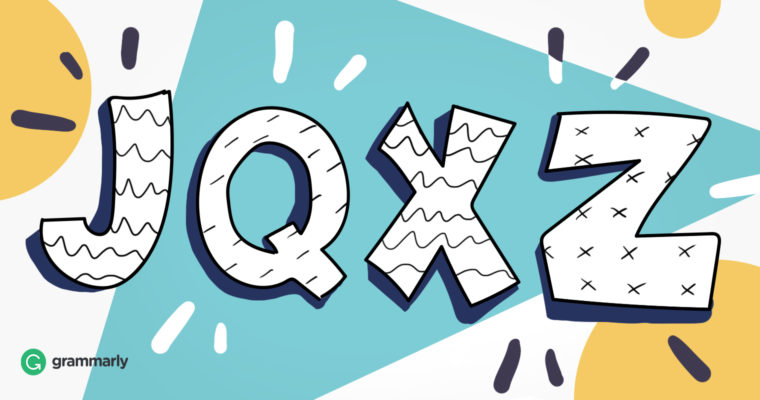 In English, there are twenty-six letters. If you had to guess, which letter do you think gets used the least? Determining the answer is not as straightforward as you might imagine. Let’s look at the alphabet and then reveal the rarest of all letters.

While developing his famous code, Samuel Morse counted how many of each letter were contained in sets of printer’s type. He found the smallest numbers of J, X, and Z. In modern Morse code, J, Y, and Q are least frequent. However, people using Morse code mainly use the shortest and most common English words. Which letters appear least if you consider a wider range of English vocabulary?

According to the English for Students website, J, Q, and Z occur the least if you analyze the frequency of each letter in the entries of the 11th Concise Oxford Dictionary. Two sources, Herbert S. Zim’s Codes and Secret Writing and Robert Lewand’s Cryptological Mathematics, claim that X, Q, and Z are the letters you are least likely to encounter.

As you can tell, not everyone agrees on which letters are the rarest. It depends on how you are defining rarity. If you want to know which letters are used least in everyday English, you might agree with Samuel Morse’s J, X, and Z. In dictionaries, J, Q, and Z are found the least, but some of the words are rarely used. And if you value the opinion of cryptologists (people who study secret codes and communication), X, Q, and Z make the fewest appearances in the writing scene.

What about this article? It is actually a good illustration of how subject matter and author affect letter frequency. In this article, the letter Z occurs sixteen times. Why? Because the subject is rare letters of the alphabet! Another article published on the Grammarly Blog, What Does Et Al. Mean?, contains only 1 Z—in the word italicize. As you might guess, the letters that compose the abbreviation et al. occur hundreds of times in that article.

Another factor to consider is the nationality or writing style of the author. American and British writers spell certain words differently. For example, British writers spell color with a U: colour. They also add U to other words where American writers do not. On the other hand, Americans tend to favor spelling words like analyze and realize with a Z, whereas a British writer might lean toward spelling these same words with an S.

Other writers might purposely select an archaic, alternative, or even erroneous spelling for words in a novel. They might want to portray a certain dialect, for instance, so they might intentionally change the spelling of some words. For example, in Outlander, Diana Gabaldon portrays the Scottish brogue by spelling cannot as canna and didn’t as dinna. Here’s a quote from the novel: “ And to moan and sob, even though you dinna wish to, for ye canna help it.” These phonetic spellings help give the reader an idea of how the character sounds.

Of the twenty-six letters, which is the least common? The answer depends on what text you consider, the author, and the subject matter. However, even with these factors under consideration, X, Q, Z, and J seem to occur less than the other letters of the alphabet. If you guessed one of these four, congratulations are in order! What will you do to celebrate?