What Is a Protagonist?

If you have ever taken a writing or literature class, you probably heard someone refer to a protagonist. You may even have a sketchy idea of what a protagonist is. Today you have an opportunity to learn the literary definition of protagonist as well as how the word is used in other contexts.

What is a protagonist? The word comes from ancient Greece. An actor who played the chief role in a drama was a protagonistes. The prefix proto- means to “first,” and an agonistes was an actor or a competitor in a contest.

Usually, the protagonist is easy to identify. Take the book Don Quixote by Miguel de Cervantes, for example. The action of the novel centers around one man, Alonso Quixano. He is the protagonist. 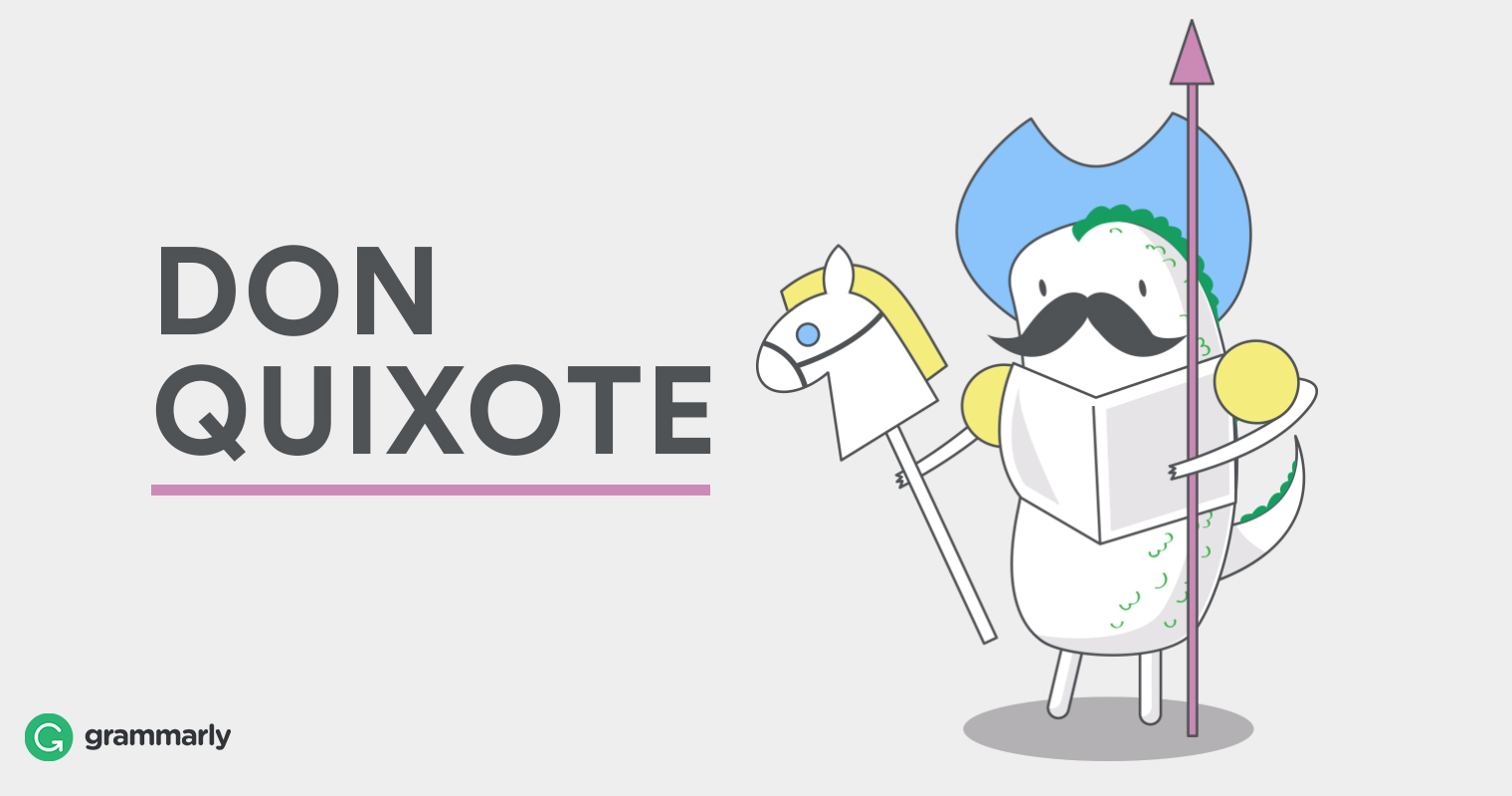 Let’s look as some other famous protagonists, as identified by fellow authors and readers: 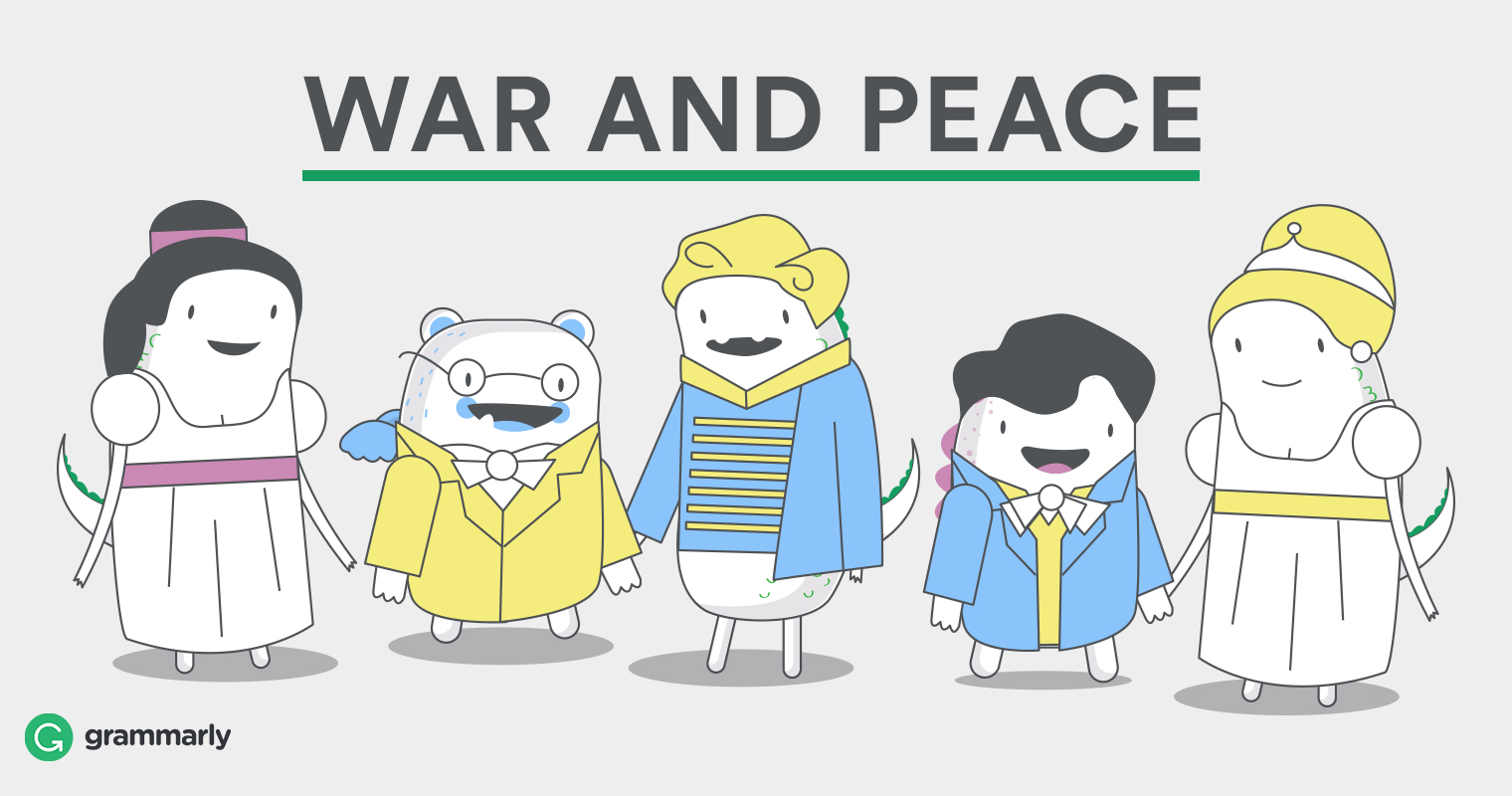 In some novels, there may be more than one protagonist. War and Peace by Leo Tolstoy is a famous example―it has five. However, not every book with multiple main characters has multiple protagonists. According to NarrativeFirst.com, the main character “represents the audience’s eyes into the story,” On the other hand, the protagonist “pursues the goal of the story.”

Outside the world of books, protagonist can refer to anyone who is a leader or an important person in a movement or cause.

After a positive showing in Euro 2016, Welshman Gareth Bale will be asked to take over the role of protagonist and fans will be hoping he can deliver in the same way. ―AS.com

What makes many stories interesting is the struggle that the protagonist has to go through to achieve his aim. The antagonist is the principal source of conflict for the protagonist. Often, the antagonist is a bad guy, a villain, but he doesn’t necessarily have to be. He may just be someone who has a different agenda. Antagonists might be one person, a group, or even an animal. For example, Professor Moriarty is the antagonist of many Sherlock Holmes stories. He is a clear opponent; Sherlock dies in a battle against him in “The Final Battle.”

Can the protagonist be his own antagonist? In the play Macbeth by William Shakespeare, the character McDuff opposes Macbeth and eventually kills him. However, some say that the protagonist Macbeth fills the role of antagonist against himself. Macbeth causes his own problems. McDuff isn’t an evil character in the play. In fact, he’s described frequently as “holy.”

However, like protagonists, antagonists aren’t always easy to distinguish. Furthermore, not all antagonists are people. Sometimes, a character’s opponent is something abstract, like an internal struggle or a difficult life situation. Abstract antagonistic forces can function as obstacles that a protagonist must overcome. In Chinua Achebe’s Things Fall Apart, the protagonist Okonkwo is haunted by the memories of Unoka’s wrongdoing, and this shapes his character. 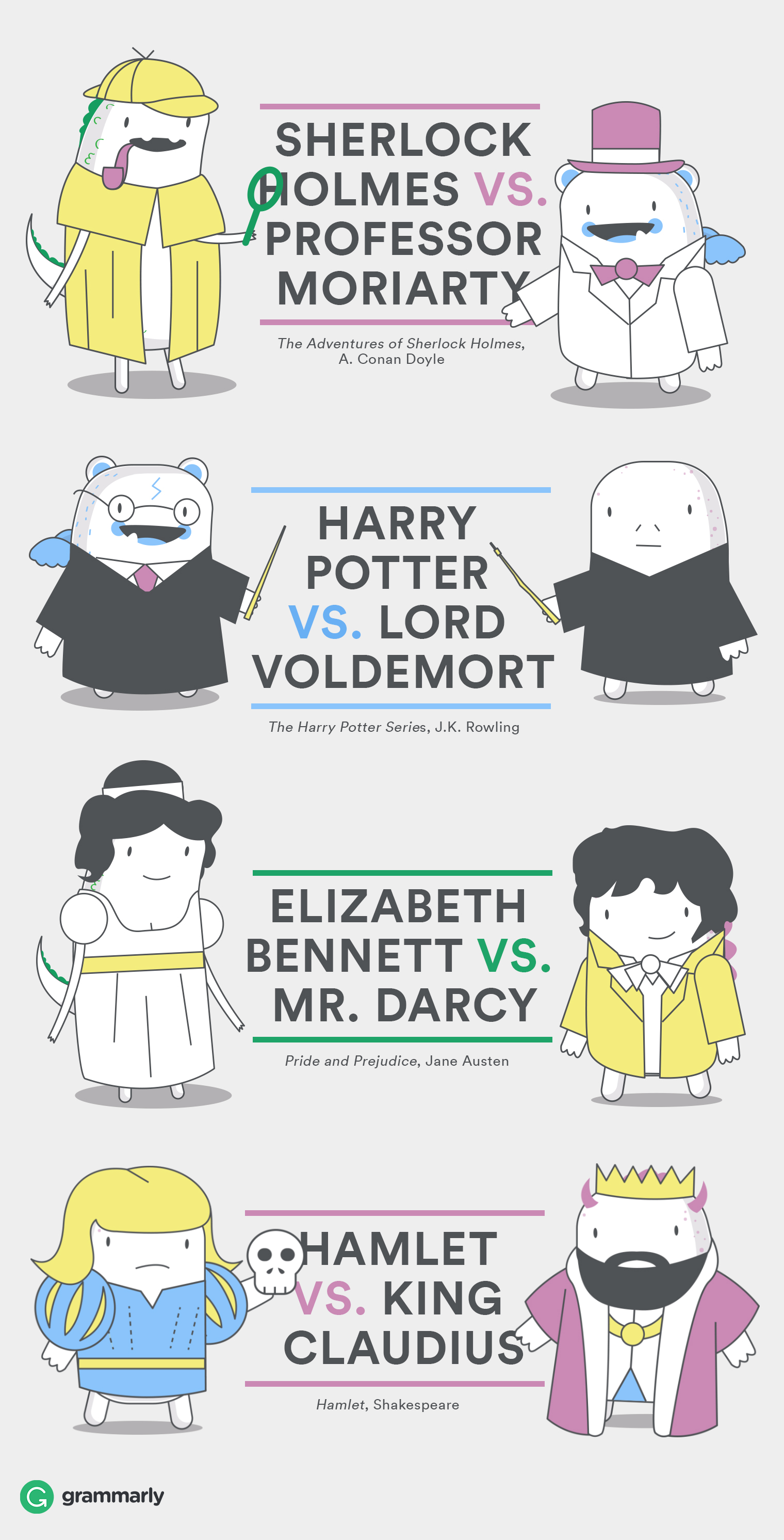 One interesting literary technique is to introduce a false protagonist. When the story begins, one character stands out as the principal player, but a change occurs at some point in the novel. Often, this character dies, leaves the story, or turns out to be the antagonist and someone else emerges as the actual protagonist who will continue the mission of the first character. An author famous for this shocking technique is George R.R. Martin, author of the Game of Thrones series. In the early stages of his story, Ned Stark seems to be the main protagonist of the novel―much of the story is narrated from his point of view. Later, his sudden execution surprises readers, forcing them to rethink their theories about what’s really happening. 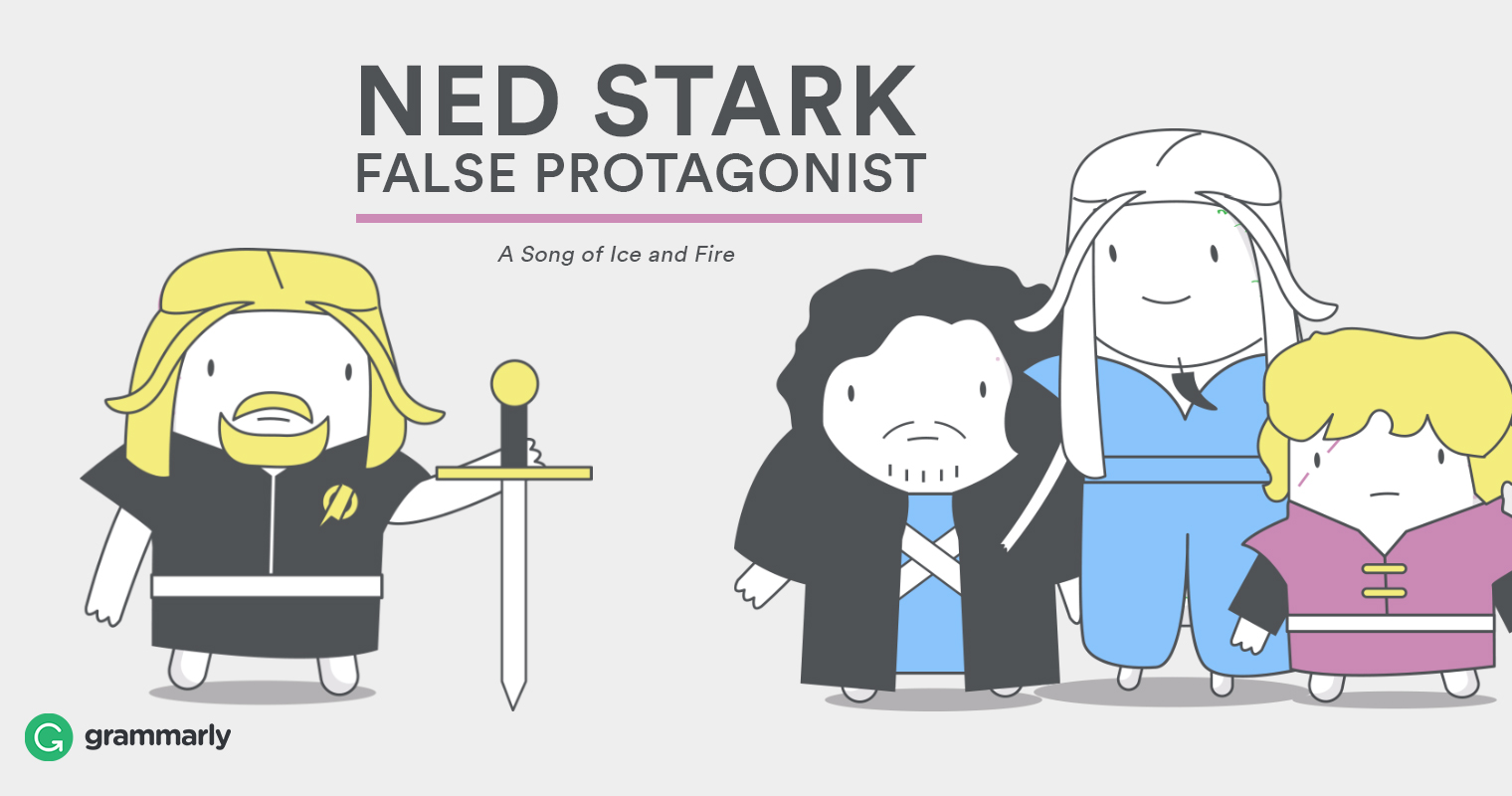 How to Create a Protagonist

What does protagonist mean? Now that you can answer that question, how do you create one? The Sumo Nova blog provides some helpful steps. First, create a central conflict. “A protagonist is defined by how he faces such challenges, and moreover, how he overcomes them.” Next, consider what your protagonist wants and needs. These desires have to be strong enough to motivate your character to take action in your story. They can change, but they always need to be relatable to what people want in real life—love, success, justice, happiness, etc. However, don’t explicitly state the goals and needs of the principal character. It’s much more interesting for the readers to figure it out by listening in on the character’s thoughts and conversations and by observing how the character acts in different situations. Finally, choose how you will describe your character, including his name and physical appearance.

Another Type of Protagonist

There is a new definition of protagonist that arose in the twentieth century: a proponent or advocate of a cause. The American Heritage Dictionary adds this usage note: “[This usage] may have been influenced by a misunderstanding that the first syllable of the word is the prefix pro-, “favoring.” Many readers will therefore find erroneous a sentence like, “He was an early protagonist of nuclear power.” Though controversial, you will see this usage occasionally. Here are a couple of examples from the media:

The people of Bengal have maintained that their greatest protagonist for the freedom struggle, Subhas Chandra Bose, was always subjected to neglect by the Congress, because of the fundamental differences Bose had with the party’s official line. ―The New Indian Express

At the University of Havana, Fidel was president of the Committee for Democracy in the Dominican Republic as well as of the Committee for the Liberation of Puerto Rico, then as now, a U.S. colony. He was an active protagonist for Latin American unity, not just in words but in deeds. ―Liberation

From ancient Greece down to today, protagonists have been the central figures of plays, books, films, and even causes and organizations. Do you have a clearer idea of what a protagonist is? You can test yourself by trying to identify the central charac ter of your favorite books and movies. To challenge yourself further, create your own protagonist for a short story.

Writing TipsA Guide to Writing Your Own Email Newsletter

Writing TipsHow to Write a Five-Paragraph Essay, with Outlines and an Example

Writing TipsWhat Is an Anecdote, and How Do You Write One?