The Plural of Octopus: Octopi or Octopuses?

How do you make octopus plural? It’s simple!

The plural is octopuses. Why do some dictionaries also list octopi as a possibility? In Latin, some plurals end with an i. The problem is, octopus derives from Greek. The i was a mistake, but so many people adopted it that it became an acceptable alternative. Many people don’t like octopi, and you will rarely see it in edited works, but it does occasionally appear.

The clever octopuses snuck out of their tank at night.
Groups of more than two octopi are rarely seen in the wild.
.
Here’s a tip: Want to make sure your writing always looks great? Grammarly can save you from misspellings, grammatical and punctuation mistakes, and other writing issues on all your favorite websites. 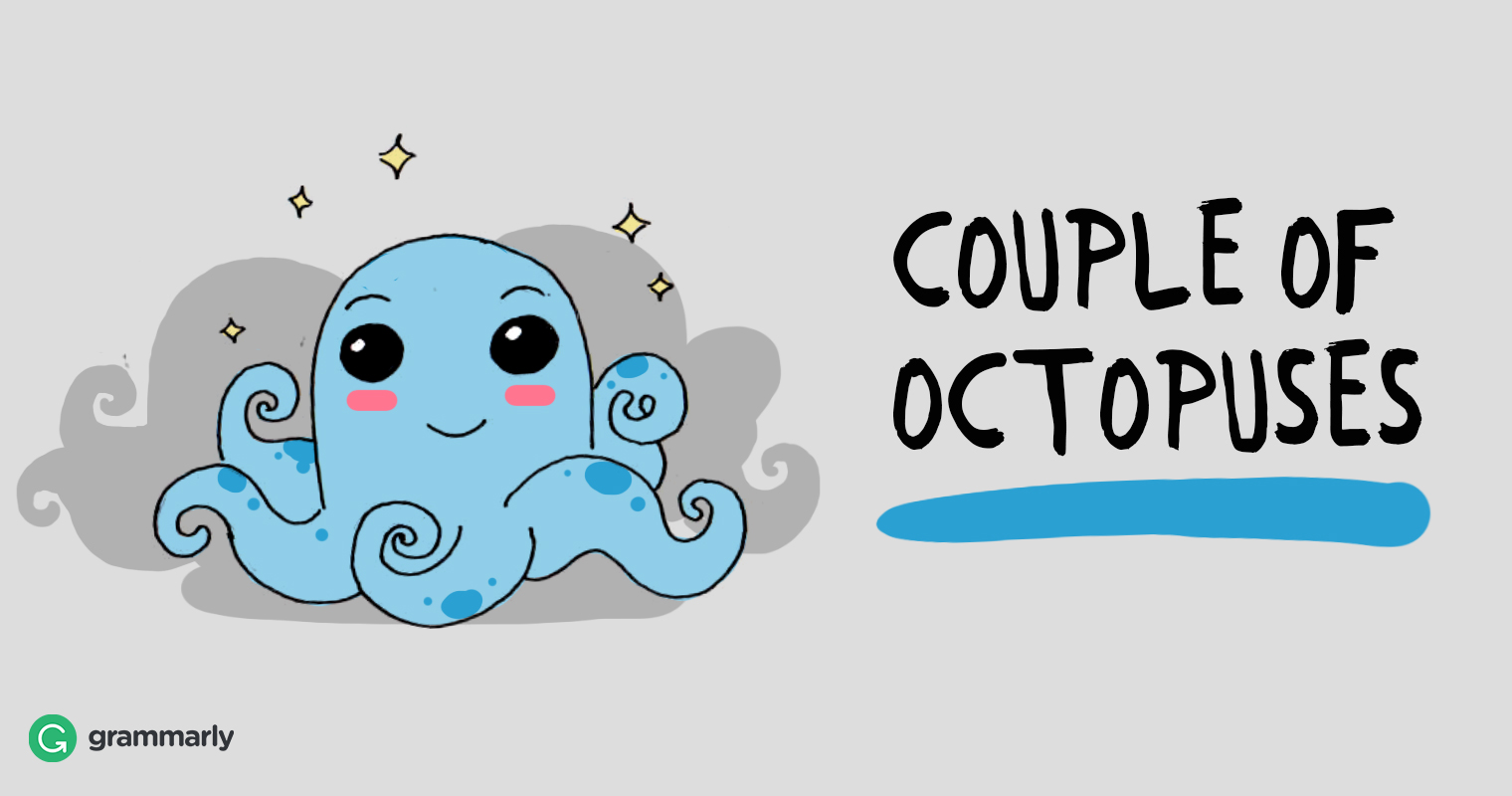 This seems extraordinarily unfair: A dull-looking fish lives for centuries while the cuttlefish, in their chromatic splendor, and the octopuses , in their inquisitive intelligence, are dead before they are 2?
The New York Times
Octopuses use tools; they play; they can solve problems and puzzles; and they may even engage in warfare with improvised weapons.
Quartz
Sealy also said that drainage pipes combine two things octopi love, which is a cramped dark space and fish.
Daily Mail

The plural of octopus is almost as fascinating as the animal. What more can you learn about plurals and spelling?