Led or Lead—The Past Tense of Lead?

The past tense of the verb lead is led, not lead. One reason for the confusion might be that a similar verb, read, has an infinitive that’s spelled the same as the past tense. But with lead, that’s not how things are.

Led is the past tense of the verb lead:

By the way, if you see the word led written in uppercase—LED—it’s an acronym that stands for light emitting diode, which is, as its name says, a diode that emits light. 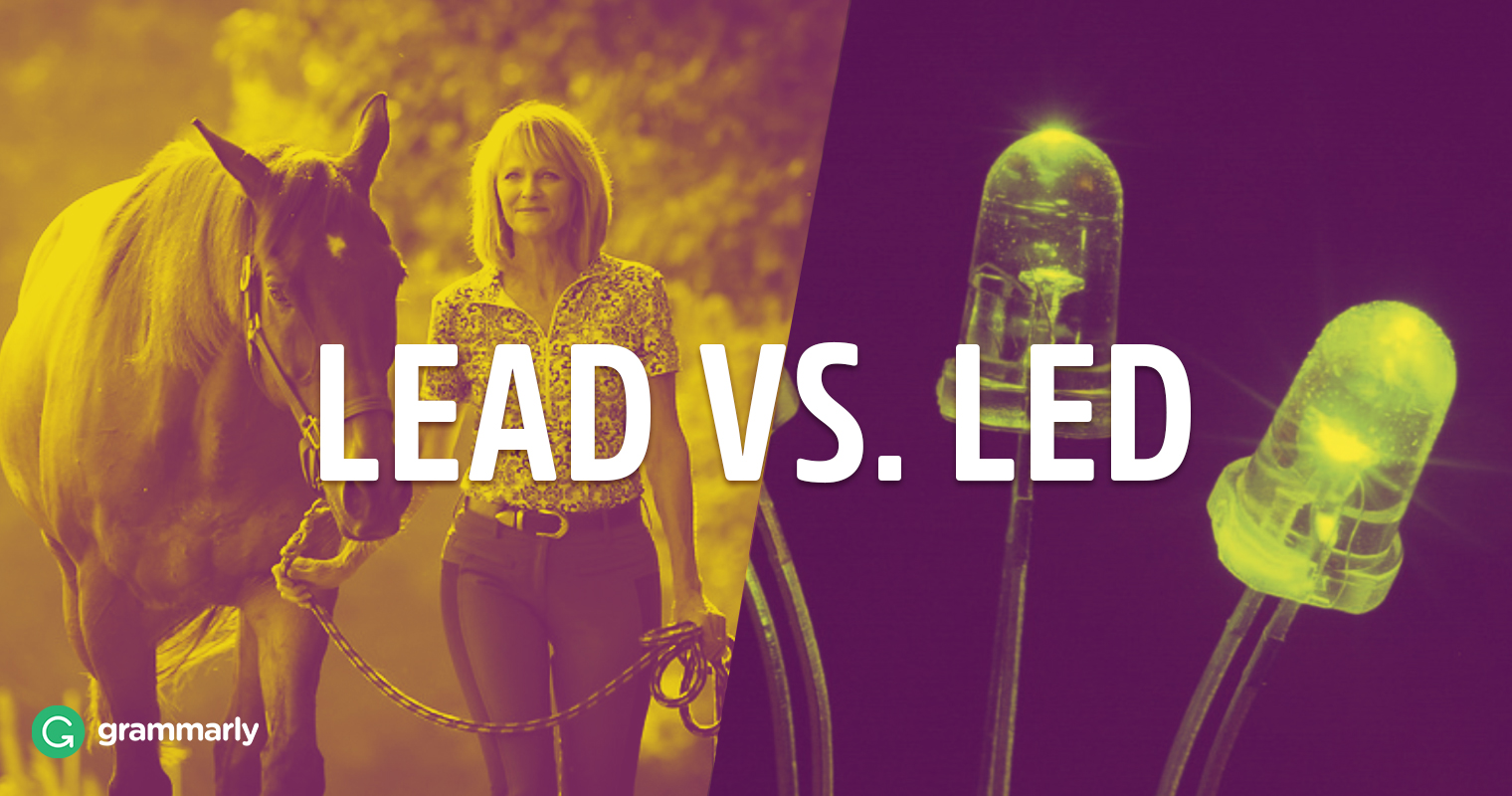 What Does Lead Mean?

Lead is also the name of a certain type of metal. However, when it’s used for the metal, the word lead is pronounced just like led, which can add to the confusion:

His legs felt heavy, like they were made from lead .
You should avoid getting lead poisoning.

The soft core of a pencil is also sometimes referred to as lead, even though it’s made out of graphite and doesn’t usually contain lead:

The lead in this pencil is too soft.

Beaming with pride, this is the inspiring moment heroic Frankie Sherwood led his beloved Newcastle United out in front of thousands of fans.
The Chronicle
Babar Azam led Pakistan’s fightback on day three with an unbeaten 90 as they went on to post 216 in their first innings following which rain played spoilsport restricting New Zealand’s second innings to just one delivery at stumps of the second Test in Hamilton.
Cricket World
Dr Andy Wakefield led the field research in a project supervised by Professors Gareth Jones and Stephen Harris from the University’s School of Biological Sciences.
Science Daily
The loss dropped the Heat to 4-10, with Haslem inserted late in a game the Pistons led by as many as 28 points.
Sun Sentinel