You don’t need a judgeship to have an opinion on how to spell certain words. Judgement or judgment—which spelling is the correct one? All judges should base their decisions on sound evidence. Let’s examine some facts!

Both judgment and judgement appear in print. Let’s start with some old and new examples of judgement. In 1797, author Samuel Johnson used judgement to define other terms in his English dictionary. For example, prejudice is “judgement formed beforehand without examination.” In recent history, after pictures emerged of an athlete inhaling laughing gas, a BBC article published his admission: “Now I know the health risks, it was poor judgement on my part.” On the Gamingbolt website, you will find an announcement about a new game. “Gears of War: Judgement will be released today on the Xbox 360,” the website announces. 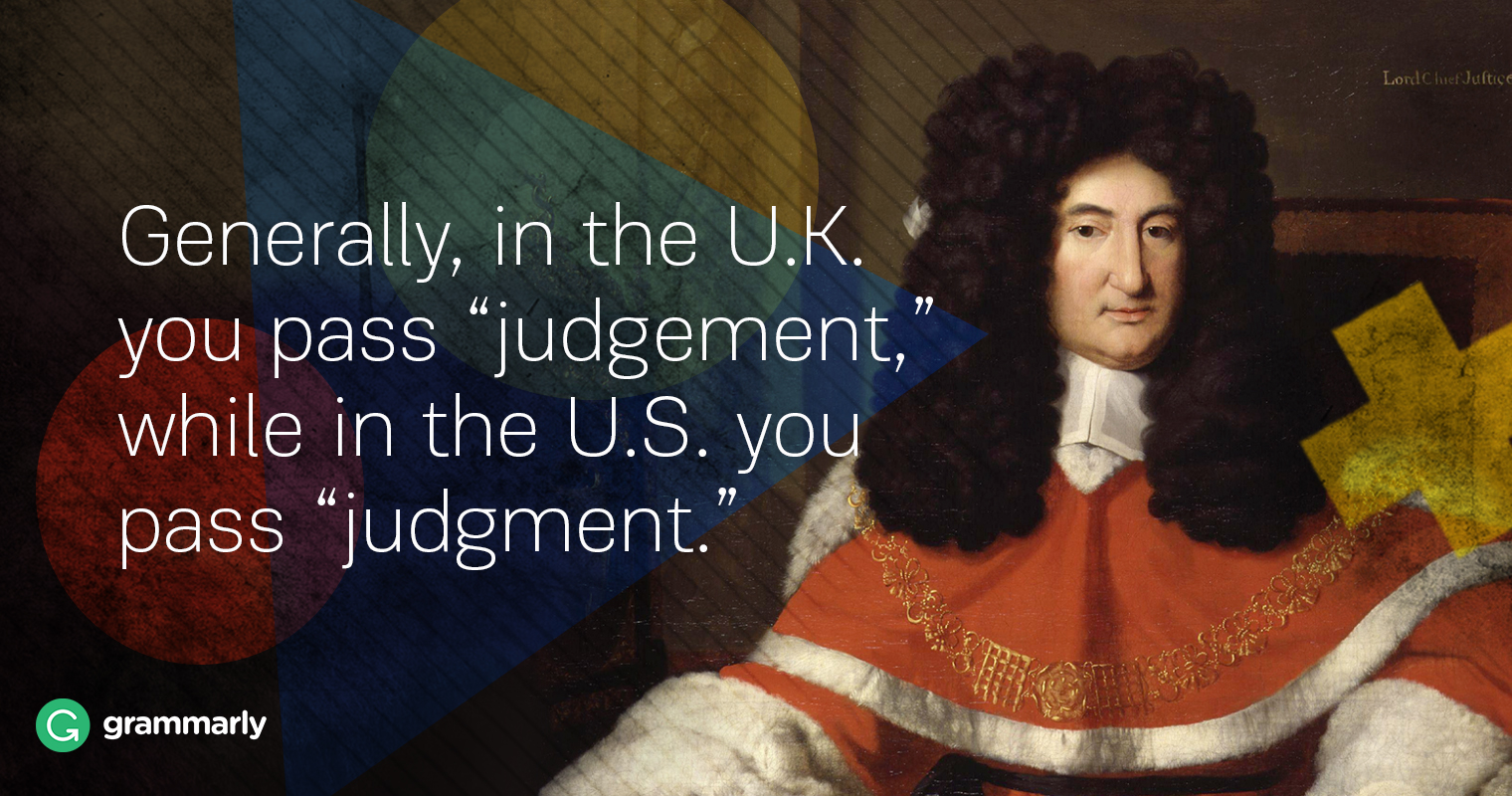 As you may have noticed, the first two quotes were from British sources. Does that mean that judgement is the standard British spelling? Not exactly. If you visit the official Gears of War website, you will find that the official title actually spells the word judgment, not judgement. In fact, you will rarely find the word spelled any other way in the United States. Judgment (without the E) is a frequent spelling on British websites too. Another BBC article talks about how to apply for a job with the company: “When completing your application you will come across the Situational Judgment Test, also known as the ‘what would you do if…?’ test.” In British legal proceedings, judgment, sans E, appears more often than the other spelling.

What about in other types of documents? Google Ngram Viewer is a tool that lets you see how many times a word appears in a large body of published books. If you do a search for both spellings, you will find that judgment’s lead over judgement isn’t as it seems for web writing. Still, it is more common than judgement in all British writings. In American English, judgement is downright rare. Judgment has a huge, and some would say overwhelming, lead over judgement. Yet it does exist, as demonstrated in the May 2016 Daily Examiner article that announced “the full judgement of the Fair Work Commission 2015/16 Annual Wage Review Expert Panel.”

To become a real judge, you begin by getting an undergraduate degree. If your state requires it, you next complete a law degree to obtain a Juris Doctor (J.D.) and pass the bar exam. After that, all you have to do is become appointed to a court and undergo judgeship training. Thankfully, you don’t need all that training to decide the case of Judgment vs. Judgement. To determine whether judgement or judgment is the right choice, you can use the evidence to make a decision. Is the extra E an error? Should its use be restricted to the UK or outlawed entirely? What’s your verdict?