Want to Write a Story? Here’s How to Get Started. 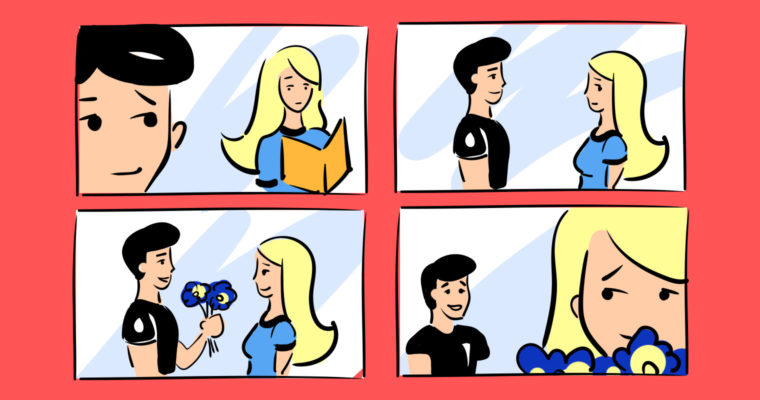 Knowing how to write a good story is a powerful skill. The human mind is drawn to stories. Recite a laundry list of events from your day at work and our eyes glaze over. But tell us how the copier jammed and you heroically saved the day with some duct tape and a paper clip? We’re riveted.

Where to Find Story Writing Ideas

Every novelist or short story writer has heard the question many times: “Where do you get your ideas?” The answer is always the same: from everywhere. Many aspiring writers believe they need to wait for a sudden flash of inspiration, but generating ideas is more of a process than an epiphany.

Pay attention to what’s going on around you. Those snippets of conversation you overheard at dinner, the car you witnessed going the wrong way down the freeway during rush hour, the elderly man trudging down a dark alley calling the name Maryanne repeatedly, all could spark a story. Although some of the events you describe may be extraordinary, they don’t have to be. They just have to be interesting.

Make a habit of noticing what’s going on around you, from the exciting to the mundane, by writing things down as they catch your attention. Use your phone’s note-taking app to capture moments. If you’re old school, keep a small notebook or some index cards. The act of writing things down will remind you to focus and be in the moment. The best writers are keen observers.

Events aren’t stories. But events can germinate stories when the writer plants the seeds by asking questions. One of the primary questions to get a story started is “what if?” What if the car you witnessed heading the wrong way down the freeway at rush hour was driven by a pregnant woman in labor who needed the fastest route to the hospital? What if the man calling out in the dark alley was a widower whose deceased wife was named Maryanne?

Stories are not just sequences of events—they have to go somewhere. Any good story begins with a character who wants something. The story describes the character’s journey toward getting what he or she wants . . . or not. (Stories don’t have to have happy endings, only satisfying ones.)

Keep your character’s struggle to get something he desperately wants in mind as you build your story framework by answering these questions.

The Fundamentals of Plot

You may have learned the basics of story structure in beginning composition class, but here’s a refresher. The story must have a beginning, middle, and end. The character follows a path called the story arc. It begins with an event that sets the wheels in motion. That’s followed by rising action, which means that every step in the story’s progression raises the stakes just a bit, increasing the conflict and tension. Then, the story reaches a climactic turning point. For better or worse, from here forward your character will be changed as a result of his journey through the events. The final piece is the end, or denouement, which wraps the story up in a satisfying way and solidifies both its outcome and its theme.

Here’s a tip: The term denouement refers to the story resolution that happens after the climactic event. It comes from the mid-18th-century French word dénouer, which translates to “unknot.”

Pixar storyboard artist Emma Coats compiled some excellent advice about storytelling in a series of tweets. She advises that you should dig into the process of plotting the character’s story with this simple template:

How to Write a Story: Four Valuable Tips

Now that you understand the framework for writing a story, these tips will help you make it great.

1. Where is your story taking place?

The details may be just for atmosphere (a bookstore where two people meet and begin a whirlwind romance), or they can play a major role (a mountaintop from which a volcanologist is trying to escape because the volcano he’s been studying has suddenly roared to life).

2. Your character can’t be perfect.

Perfect people don’t exist, and if they did, they’d be interminably dull. Give your character flaws that will both help us relate to her as a human being and increase the story’s tension as the conflict builds.

3. Your character has to feel some discomfort.

His struggles are what make him relatable. Whatever he’s competent at, throw the opposite at him. If he’s a cocky rock guitarist with a skyrocketing career trajectory, make his arrogance the cause of an accident that injures his hand, causing permanent damage. How will he react? How will he change? The answer is your story.

4. Whatever you’re working on, finish it.

Get a first draft on paper. Only when you’ve written from beginning to end can you begin the work of rewriting and editing. When you’ve tweaked the story for plot and substance, you can use Grammarly to help you fine-tune.