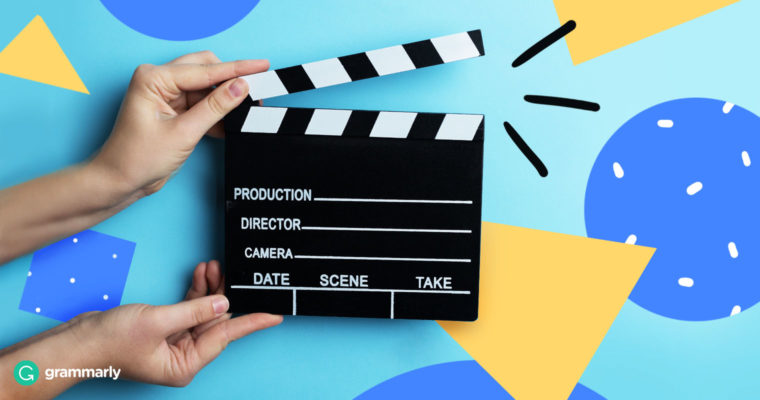 You love watching movies. You show up early and breathe in the trailers, mentally noting each coming attraction you’d like to see—which is most of them. You invite your friends to linger afterward so you can discuss and digest the film’s best, worst, and most intriguing aspects.

If this sounds like you, you might already be a film critic at heart. But it takes some effort to structure your thoughts, so it’s good to have a place to start. Here’s everything you need to know about writing movie reviews:

Some details are essential.

Film criticism is a wide-open art form—there is no cookie-cutter template to follow. But there are a few facts that anyone reading your review should take away:

Some publications, like Variety, simply list the director and key actors near the top of each review. But others, like The New Yorker—where the erudite Anthony Lane reigns supreme—instead weave in such information throughout the piece.

If you opt for the latter approach, throw in some helpful context as you go. Not every reader of your review of The Shape of Water will recognize Guillermo del Toro’s name, but mentioning his earlier works, like Pan’s Labyrinth, might jog a few memories.

Other bits are fine to leave out.

While it’s good to provide context, don’t overdo it. One or two telling details will often suffice—no need to recapitulate anyone’s entire filmography. Likewise, if your review includes a comprehensive summary of the movie’s plot, you’re doing it wrong.

To be sure, you need to make clear whether the movie is a soft-spoken arthouse film or the latest installment in the ever-growing pantheon of big-budget superhero flicks, and whether it’s set in 9th century China or on Mars. Beyond that, it’s almost never a service to the reader to spoil the twist that sets up the third act. Leave some suspense intact.

How do I decide what makes the cut?

As a test, when you’re not sure a particular detail merits inclusion, ask yourself: If I omit this, and a reader later learns it elsewhere, will they feel like I blew it?

You don’t want someone to finish your review of Lady Bird, go see it, and only later feel astonished to discover that, like her film’s protagonist, director Greta Gerwig attended Catholic school in Sacramento, and drew from that experience in writing Saoirse Ronan’s character.

Such information should not be news to your audience; they read your review, after all.

Film reviews are subjective. You’re under no obligation to rate movies on a hard scale—A+, 9/10, a solid four coffin emojis out of six feet under, etc.

In fact, many a movie buff scoffs at the notion of dispensing just a single award, Oscar or otherwise, for Best Picture. Trying to pit such dissimilar films as Get Out or The Post against Dunkirk, the argument goes, is absurd.

Rather than grasp for an arbitrary value, state plainly what a movie called to mind, or how it didn’t quite land with you, and explain why.

There’s no shortage of opinions on movies in the world, but try focusing on one or two critics whose work resonates with you. Make a habit of examining their latest each week. Look for patterns. Try to notice what they’re noticing.

The most telling reviews sometimes occur when a critic singles out something bizarre for praise. Would you have bet on the aforementioned Lane to laud a documentary about a dumb Canadian metal band from the 1980s?

Both Lane and New York Times longtimer A.O. Scott were influenced by the legendary Pauline Kael, who Roger Ebert eulogized in 2001 for having “a more positive influence on the climate for film in America than any other single person over the last three decades.”

Every name in the above paragraph is worth knowing, as is one other veteran critic and fan of Kael: Amy Nicholson. Her podcast The Canon debates in exacting detail which films deserve to live on for all time, sometimes pitting classics brutally against each other, and features a rotating guestlist of equally sharp critics.

Your job’s not done if you haven’t considered…

To instill trust in your readers, you have to think and write about movies holistically. You might have strong opinions on martial arts and Victorian fashion, but your audience will doubt you if you judge a film solely on its action sequences or costuming.

True, many viewers of, say, Blade Runner 2049 are watching for robots, uppercuts, and noir, but a good critic is alive not just to the quality of the special effects but also the visual storytelling—the malevolent buildup surrounding the movie’s villains, say, or the occasional comedic beat between Ryan Gosling and Harrison Ford.

In this spirit, you’d be remiss to ignore:

If that all seems like a lot to hold in your mind until the movie ends and you can start writing, we have one more tip:

In a dark theater, you generally can’t pull out your smartphone or tablet to dash off ideas on a glowing screen without getting hissed at and asked to leave. Fortunately, film critics whose careers predate such devices have devised this alternative—take a notebook and pen.

You may need some time (and practice) to decipher what you’ve scrawled in the dark. But as the house lights come up, try looking back through your scribbles and add clarifications or more details while your memory is fresh.

You don’t want your final draft to read like you wrote it while watching movies in the dark. Grammarly’s free app can help tidy up those reviews before they go out. Find out more here.