40 (forty) is the number that follows 39 and precedes 41. Though it’s related to the number “four” (4), the modern spelling of 40 is “forty.” The older form, “fourty,” is treated as a misspelling today. The modern spelling could reflect a historical pronunciation change.

If you catch yourself misspelling the name of this number as fourty, you’re not alone. It’s a common mistake, both in print and online:

Fourty years ago when the mayor of Elkhorn was Bill Bartley, he and his council members saw the need for a village seniors complex and residence that would keep area seniors in the community as active members. 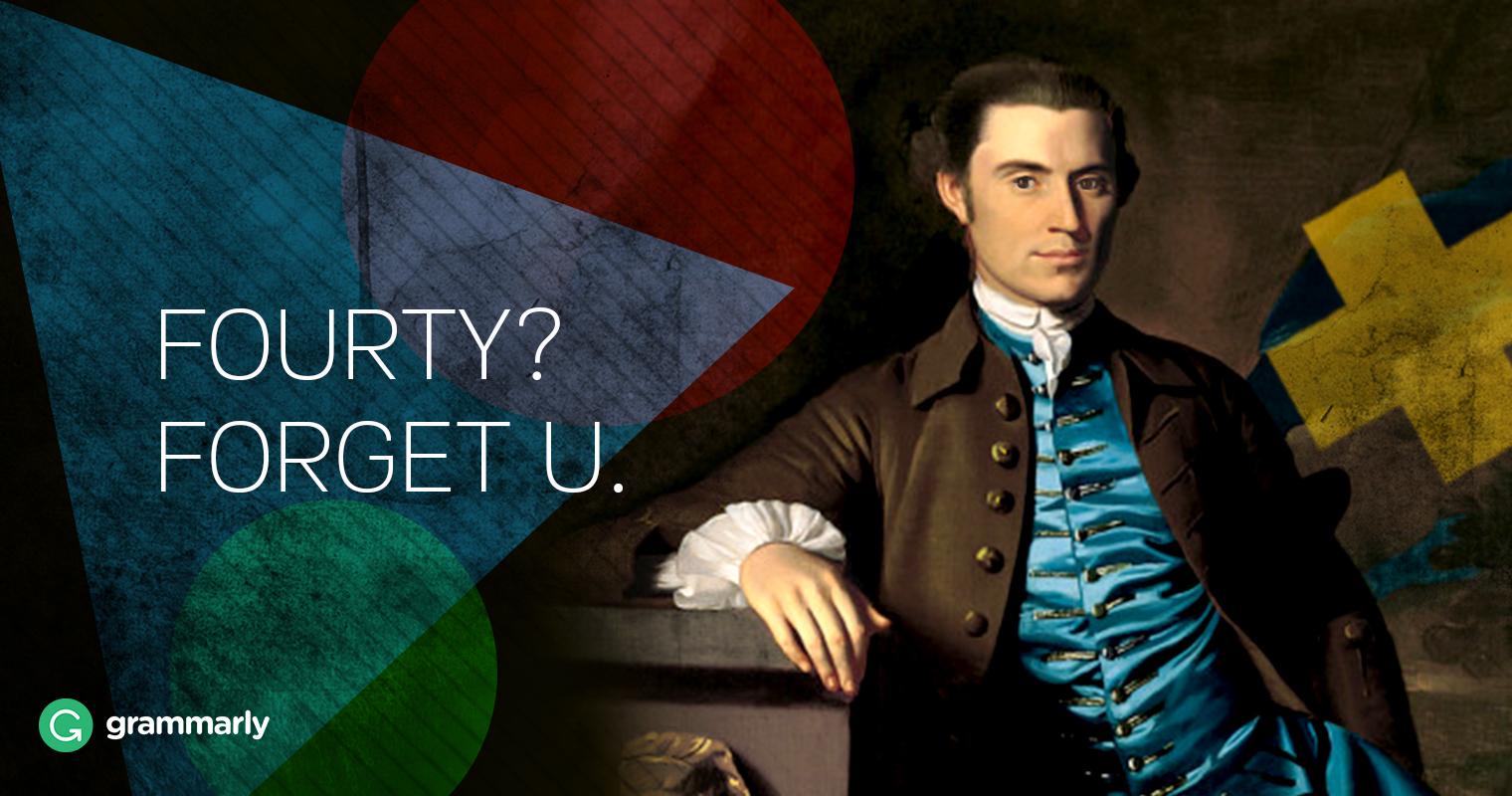 The staff got the surprise of their lives when the note in question came out without ‘forty’ being censored to ‘fourty’. . . This time the collector stood up and said, “I’m sorry, Mr Pati. I checked the spelling of ‘forty’ in the dictionary. You are correct.”

The second quote from the New Indian Express helps demonstrate how to get to the bottom of the issue. Check a dictionary! You will find that the correct spelling is definitely forty. Dictionaries usually provide any accepted alternative spellings of words, but there is no acceptable variant spelling of forty.

Why are there so many instances of fourty on the Internet? Well, it’s kind of a tricky spelling, especially in compound numbers such as forty-four. Forty actually deviates from a pattern if you think about it. There’s four, fourteen, and then forty. Afterward there’s four hundred, four thousand, and so on.

What about related terms? Fortieth relates to forty, so there’s no U. On the other hand, fourth refers to four, so it is spelled with a U. In fact, that’s a good memory aid to help you differentiate the two.

Here’s a tip: The U is associated with four and related words, but forty and its derivatives don’t have a U.

Why Is Forty So Different?

Forty is unique, but how did it get that way? The Online Etymology Dictionary traces forty to Old English from a Northumbrian word that compounded terms meaning “four” and “group of ten.” As early as 1821, its modern spelling appeared in expressions such as forty winks and forty-niners. Just in case you’re wondering, forty winks refers to a short nap and a forty-niner is a person who migrated to California in 1849 to prospect gold. A San Francisco football team, the 49ers, currently bears the name (although they tend to use numerals and thereby avoid the forty/fourty problem altogether). You can easily find references to these iconic “forty” terms in literature. Here’s one:

If she’ll just stay around the house for a few days and take forty winks of sleep she’ll be as fit as ever.

Don’t be too hard on yourself or others who add that extraneous U to forty. It’s really not intuitive, and there are so many instances of fourty online that you might think it’s right. Avoid being fooled by remembering that forty does not have a U.