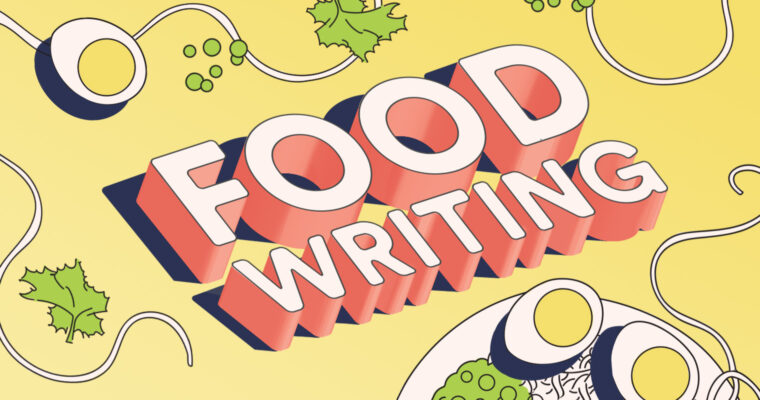 Throw a tortilla and it could land across the Rio Grande in Matamoros, Mexico.

This is taco country.

The tacos never stood a chance. For three days, the trio devoured everything in their path. Breakfast ones. Beef ones. Fried ones. Big ones. Small ones. Red ones.

“It was nuts,” Ralat said. “By the end of it, it was like our spirits were broken. We were saying, ‘I think that we’re not going to be able to eat tacos for a long time now. I just need a break or something.’ Three hours later we were eating tacos.”

Tired of tacos? Couldn’t be Ralat.

Meet José R. Ralat, AKA @TacoTrail. He’s a Taco Editor at @TexasMonthly. Yes, that’s a real job—and Jose shares what it took to get there.

“My dedication to the topic, to the food, is not just eating,” Ralat said. “I read an incredible amount of work. Lots of reference books, articles, whatever there is out there. I travel a lot. I listen a lot as well. Really, the stories about the tacos are stories about the people who make them. I do this, hopefully, to honor others and hopefully, I’m worthy of it. I put in a lot of work on this. I’ve worked my butt off for this.”

Food writing is an exploding field and continues to change with the rise of digital and culinary appetites, sparked by social media behemoths like Instagram and Pinterest.

But for most successful food writers and bloggers, it’s not as simple as going to your favorite brunch spot, pounding a couple of bloody marys, snapping some pics for Instagram and writing some witty caption. Sure, it happens, but the food writing sphere is being shaped more and more by specialized and talented content creators who stick out in a saturated landscape.

Elazar Sontag published his first book at 17, titled Flavors of Oakland, which profiled the home cooking of 20 different families in one of America’s most ethnically and racially diverse cities. He’s 21 now and living in Brooklyn, working as a full-time assistant editor for the popular and James Beard award-winning website Serious Eats.

Hear how he uses food as a lens to tell deeper human stories: https://t.co/0ydFE5tYIZ #FoodWriting pic.twitter.com/t90xrVNQae

But Sontag also carves out time to write freelance stories and profiles for outlets like The Washington Post and Bon Appétit. Sontag’s stories often meet at the intersection of food, culture, gender, race, and underrepresented figures in the kitchen.

Not that he believes anyone and everyone can sit around a table, share a meal and solve decades-long social issues. But there is space to tell deeper stories.

“I often tell people that I identify myself more as a writer who uses food as a way to tell the stories of people than I do as a food writer,” Sontag said. “Really, for me, food is a lens instead of being the final product or what I have my eye on . . . You can be telling these really complicated, intense stories of race and gender and sexuality and economic disparity but in one way or another they all touch back on food. That’s something we can all understand.”

Food can be a touchstone in other ways, too.

Jessica Gavin used to be a full-time researcher at a nutrition company while taking culinary art classes at night. In 2012, she started a food science-based blog that eventually gained traction. Gavin started to analyze who was coming to her site and what kind of content they were consuming. In June, she finally quit her day job to go full-time on the blog.

1️⃣ Be a lifelong learner and keep honing your skills. 2️⃣ Find your niche and educate your audience on your specific topic.

“My main goal is to educate, Gavin said. “Food, for me, and this is true with my family growing up, it’s a bond that brings people together. And it’s a really easy way to communicate science because it’s very practical, tactile, they can experience it. Essentially every time you step into the kitchen, you are doing science and you’re running an experiment.”

Making the transition from culinary scientist to food blogger didn’t come overnight. Gavin has cultivated her writing style over the years, even tapping famed food writing coach Dianne Jacob for help over a three-month span.

“When you feel like something’s not your strong suit, it doesn’t mean you give up or continue to not improve your quality,” Gavin said. “You find ways to get better and getting a writing coach helped me immensely. I feel so much more confident going into each article now.”

Cookie-cutter bloggers are easy to find, but there’s clearly more than one way to make a snickerdoodle. But if there’s a common thread, it’s the work behind the scenes.

Ralat is set to publish a book on April 15, 2020, titled American Tacos: A History & Guide. It will be the culmination of nearly five years of reporting, traveling, and documenting, all in the name of tacos. He visited 38 different North American cities—from Vancouver to Mexico City to New York to San Diego—while combing through countless old newspaper clippings from throughout the decades.

But just as papers are evaporating, social media is looming larger by the day. It can be a catch-22. Sure, you have endless competition in a world where anyone has the tools to start a food blog. But that also means complete creative control is possible while maintaining a professional level of production.

“You can have these multi-hyphenate jobs and lives now,” Sontag said. “Sure, you’re a cook or you’re a blogger, but you can also represent the work you’re doing however you want because you have control of your platform. I think that a lot of journalists and editors, there’s a little bit of bitterness because it’s changing the landscape and it definitely butts heads with more classic journalism. I understand that. But I think it’s all super valuable.”

Sontag also uses Instagram as a valuable networking tool, saying more than 50 percent of his work opportunities or story ideas were made possible by sliding into someone’s DMs. Likewise, Gavin’s growth wouldn’t have been possible without her dedication to engage with her audience in her comment sections.

“My readers help me become a better writer, become a better recipe developer,” Gavin said. “It’s so important to build community. That’s how you get people to come back, to enjoy what you do and for you to feel fulfilled as well.”

On the fence about food writing? Understand that it takes time to build a platform.

“I think you have to lean on your interests and your passions, trust that that will come through in your work, and shape and inform your voice,” Sontag said.

Gavin added, “Being a lifelong learner is really important.”

For Ralat, his advice, too, is to prepare for the long haul.

“When you think that you’ve worked the hardest you’ve ever worked before, be prepared to work even harder,” Ralat said. “But don’t be afraid to ask for help. There’s no shame in asking for help.”

Because you never know where tacos can take you. Like in 2017, when Ralat was invited to Mexico City to speak at the World Forum of Mexican Gastronomy.

“Here I was, this American, about to give a talk to a bunch of chefs and food writers, professionals,” Ralat said. “I thought they were going to throw things at me. I told them, ‘Not all tacos are Mexican. Tacos are regional, they represent a time and a place, and tacos are Mexico’s gift to the world.’ And they dug it. It was very surprising. And encouraging.”

How To Write a Restaurant Review

How to Write a Review