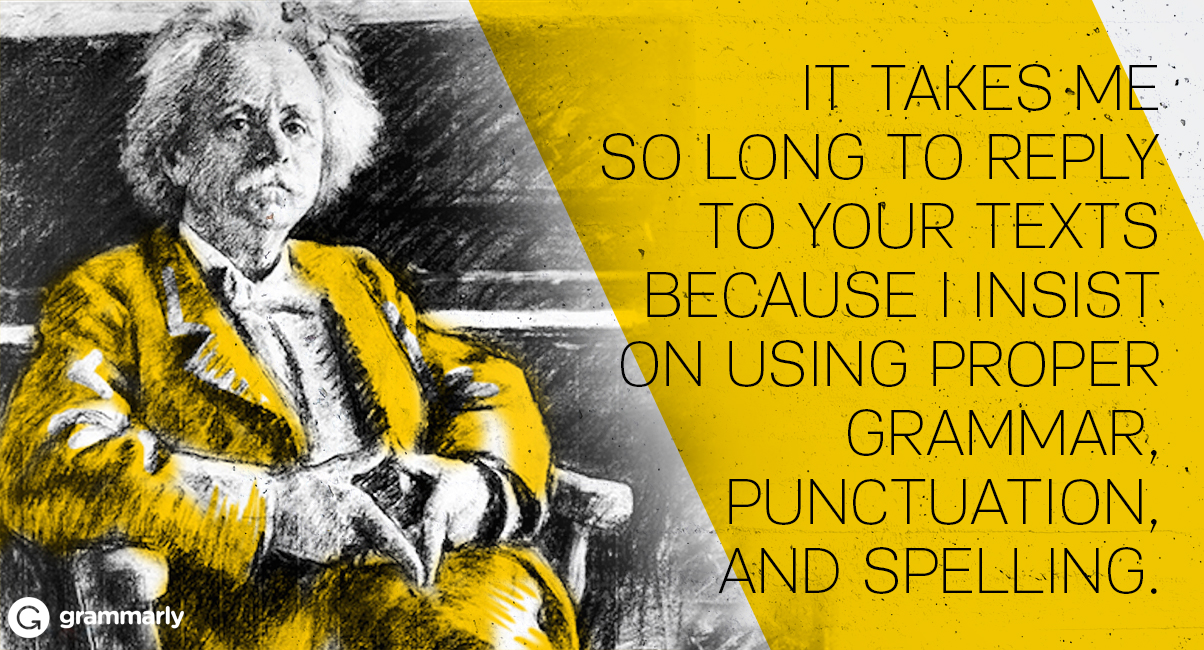 Would you like to be on television? On her talk show, comedienne Ellen Degeneres interviews celebrities and features audience members with unique talents. She also has a segment called “Clumsy Thumbsy.” This portion of the show shares the hilarious mistakes that people make while texting. If you are not careful, your messages could end up on TV! Here are five ways to write better text messages and avoid public embarrassment.

Learn to Use Your Phone Well

Many blunders committed by cell phone users are a direct result of the autocorrect program. As you type, the program predicts the words. For example, if you type a-b, the program displays common words that begin with those letters, such as about or able. The more letters you type, the more likely that you will find the correct word. Some phones also keep a record of the words that you used in previous texts. Unfortunately, the program sometimes goes awry. It may guess the wrong word. You may end up with a funny message like one from an unfortunate lad asking for a loan to pay his mortgage. Instead, he requested $300 for his Mott’s applesauce because his phone “remembered” his shopping list. Needless to say, his friend was quite puzzled!

Imagine this: A friend calls you and says he has something to tell you. Then, he hangs up without another word! You call back, but he doesn’t answer. Several hours later, you finally reach him. With bated breath, you ask what he wanted to share with you. Nonchalantly, he says he only wanted to ask for directions. He tells you not to worry; he found his way.

Most people would find this scenario ridiculous, but they unwittingly place their friends in the same situation. They send texts that say only Call me. When you send a message with these two cryptic words, you give the impression that you urgently need to talk. However, there is no way to know when your friend will check his messages or what you will be doing when he calls you back. If a period of time elapses between the message and the conversation, he will be left wondering what you need to say. Put him out of his misery by relaying as many details as necessary to make your meaning clear. In the above scenario, Call me if you have directions to the party would have been a better request.

HOW DO YOU FEEL WHEN YOU SEE A MESSAGE LIKE THIS ONE? Capital letters indicate high emotions in text messages: anger, panic, excitement. If you feel these emotions, feel free to express them with a few capital letters or an emoticon. However, if you are not really excited to ask your husband to BRING HOME A JUG OF MILK, then why use letters that can be perceived as screaming? While we are on the subject of excitement, the same caution should be used when using exclamation points. As a general rule, one is enough. If you find it amazing that Judy and Kurt are dating, you will still seem amazed if you use a single exclamation point!

If you have an unlimited texting plan, you may be tempted to send a multitude of text messages. Do you send out generic forwards to groups of your friends? Do you send a text to see if your friend got your previous text? Resist the urge to commit either of these texting no-no’s. Not everyone has unlimited texts or space in their inbox. They may cringe if they have to pay for nonessential incoming texts. Unless you know your friend has a faulty phone, assume that your text found its mark. If you need a response urgently, call. As a general rule, you should avoid mass forwards. Many people do not enjoy them, but they may refrain from telling you so. Is sending the forward worth unintentionally annoying your associates and colleagues?

Not All News Is Textable News

Never use a text message to share bad news, especially a death. For other serious matters, such as business transactions or important meetings, texts are great for sending reminders. However, do not rely on texts as your primary means of communication. What would happen if the recipient’s phone battery dies? What if she leaves her phone at home? You should also be aware that text messaging is not private. Someone other than the intended could read a confidential message or you could send it to the wrong number.

By applying these five simple ways to write better text messages, you can avoid lots of embarrassing situations. Spend some time learning the features of your phone. Use discernment about what you text about and how many texts you send. Of course, Ellen will have fewer funny messages to share with her audience. Practice a special talent instead and you still might have a few seconds of television fame!