What Does Facetious Mean?

Does facetious have anything to do with facets? How about faces? Students taking college entrance exams may ask themselves these questions if they run across this word on the reading portion. Facetious is on the Kaplan SAT Critical Reading Workbook study list of 500 words that test-makers most often include. Sometimes you can figure out the definition of a word by looking at its parts, but that’s not the case with facetious! Even if you’re not taking a test anytime soon, you should know how to define facetious.

What does facetious mean? It has a Latin word meaning “jest” at its origin. Facetious can refer to anyone or anything intended to be amusing or funny but that comes off as inappropriate or annoying. Facetious people are frivolous, silly, not meant to be taken literally. In fact, Dictionary.com labels terms as facetious if they are “used consciously for humorous or playful effect.” 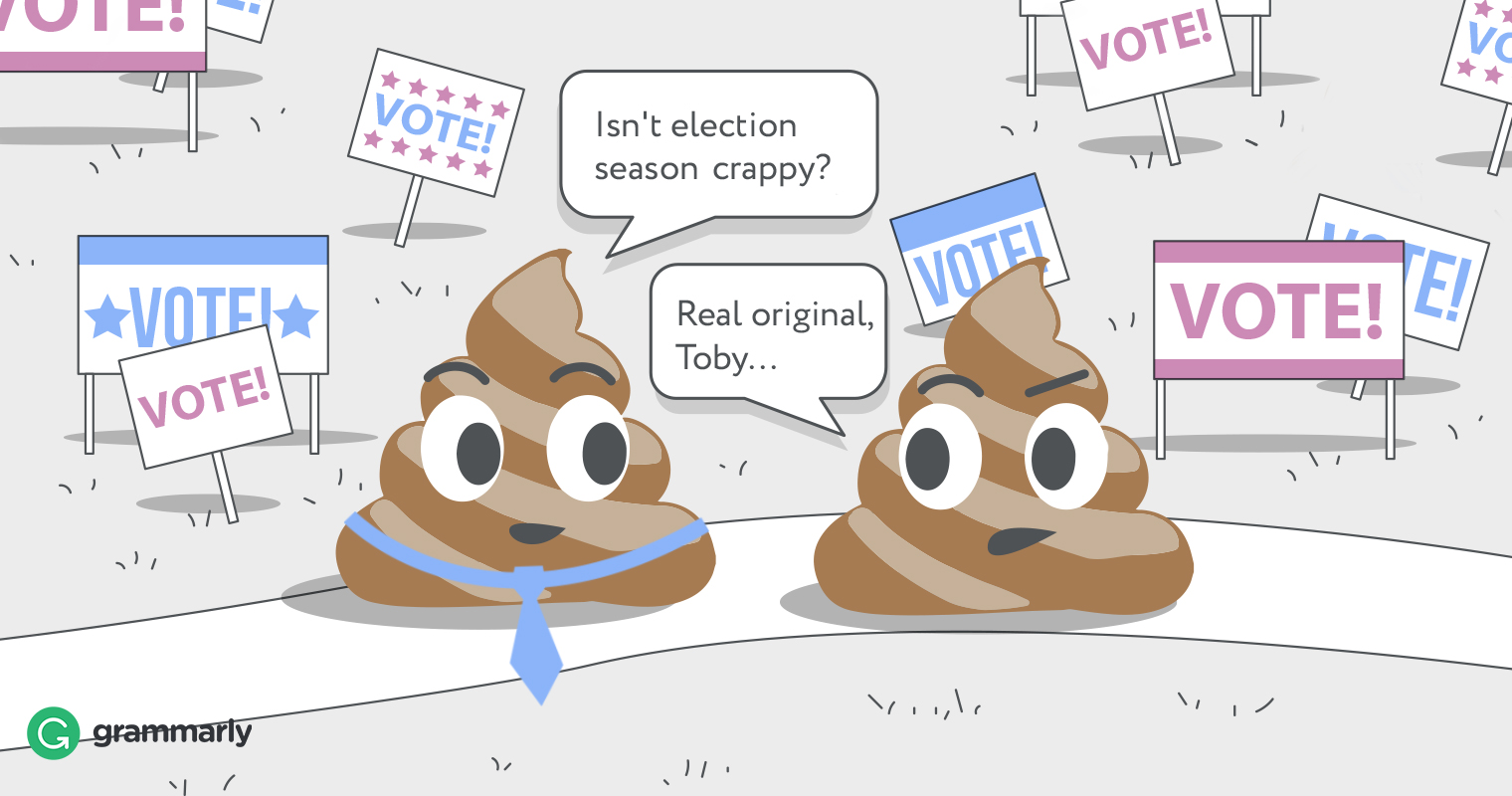 What’s the difference between facetious and sarcastic? Neither facetious nor sarcastic comments are meant literally, but the aim of facetiousness is humor. Sarcasm involves cutting or sneering remarks that have mocking or contemptuous undertones. In short, sarcasm is mean, but facetiousness is only annoying. If you are looking for a synonym of facetious , sarcastic is a little harsh. (Its Greek root word means “to tear flesh like a dog.”) Here are some related ideas from Thesaurus.com:

Facetious Examples in a Sentence

You’ll understand facetious better if you look at some examples of how it appears in literature. The first quote is from Charles Dickens’s The Cricket on the Hearth. Boxer, a dog, is running and barking, but his frantic activity doesn’t accomplish any real purpose.

Boxer, feeling that his attentions were due to the family in general, and must be impartially distributed, dashed in and out with bewildering inconstancy; now, describing a circle of short barks round the horse, where he was being rubbed down at the stable-door; now feigning to make savage rushes at his mistress, and facetiously bringing himself to sudden stops. . . 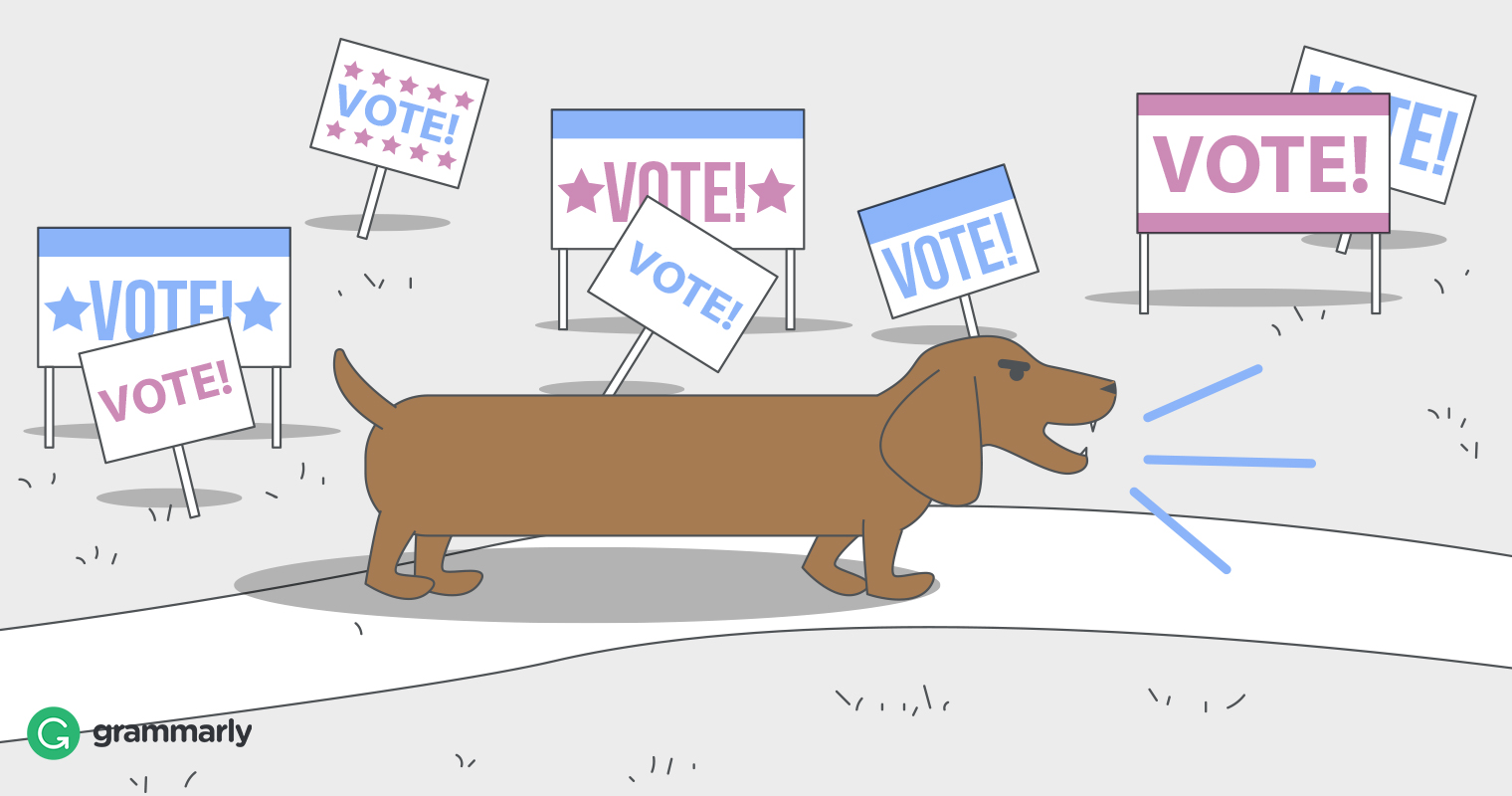 Facetiously is the adverb form of facetious. In the Dickens quote above, it means frivolous.

People sometimes make comments that only seem facetious. If that is not the intent, the speaker must clarify his or her motive. In his book, Steve Pressfield claims that primitivity and stupidity are preferable to sophistication and intellect. Many readers might assume he is joking if not for this clarification:

I’m not being facetious when I stress, throughout this book, that it is better to be primitive than to be sophisticated, and better to be stupid than to be smart. —Steven Pressfield, Do the Work

In The Enchanted April, one of Elizabeth von Arnim’s characters compares her name to a particular part of a funny-looking little dog:

She did not like her name. It was a mean, small name, with a kind of facetious twist, she thought, about its end like the upward curve of a pug dog’s tail.

If you’d like to know what name the character found so detestable, you might check out a copy of The Enchanted April from your local library today! Outside of literature, will you find examples of facetious? Yes, the word often appears in casual writing and news articles. Here are some more down-to-earth examples of facetious in use:

One newsletter reported on the local reception of a job posting that described managerial job duties this way: “Work involves walking, talking, hearing, using hands to handle, feel or operate objects, tools, computer, cell phone or controls and reaching with hands and arms.” In response, one resident of the area asked, “Is this meant be to be facetious, or what? That all just sounds a little strange.” 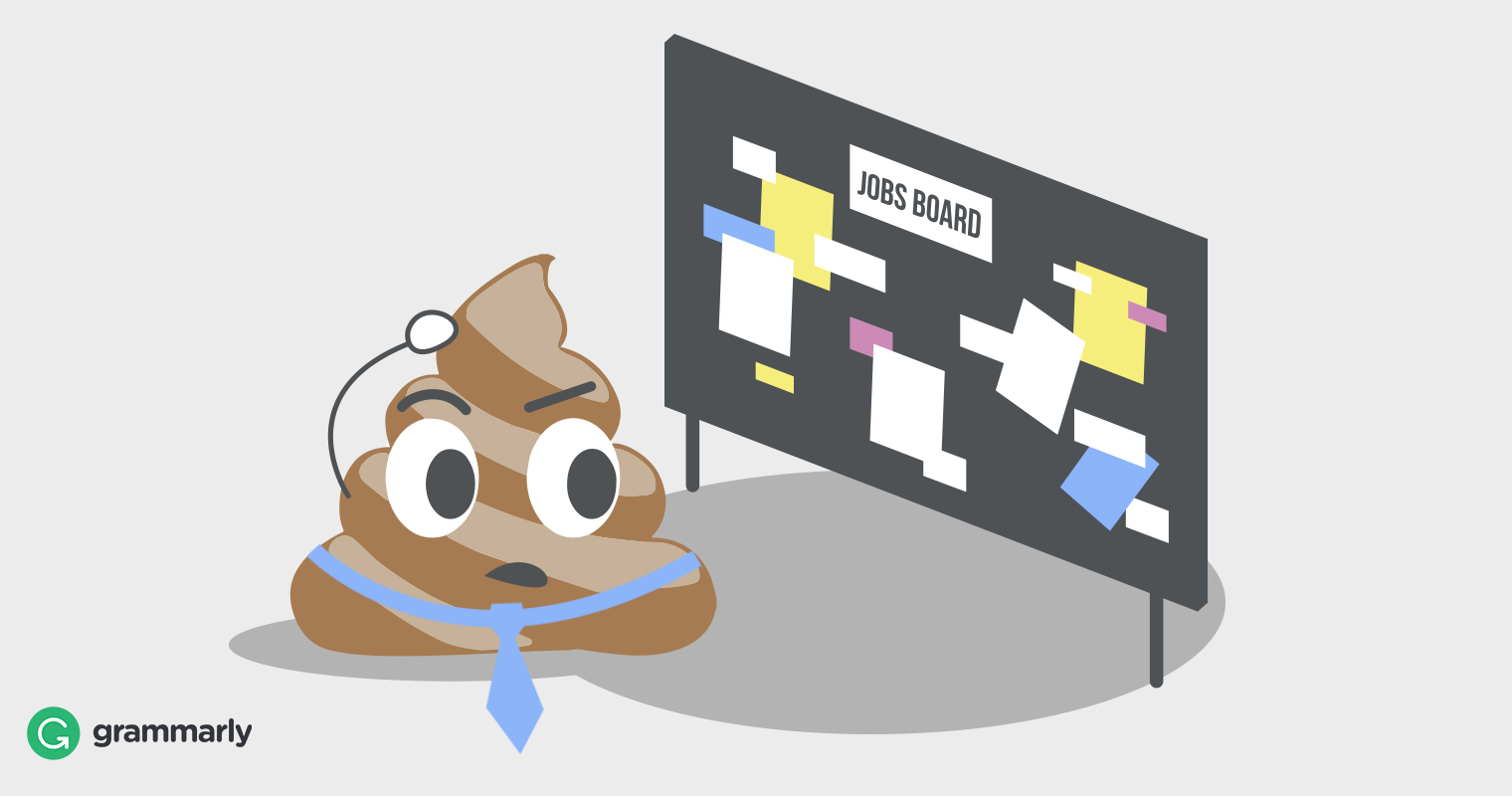 Coach Jim Mora, like author Steve Pressfield, made a statement that sounded intentionally facetious. The Los Angeles Times reported that the coach clapped his hands and said, “Really? Awesome!” when he learned that the temperature would be over 100 degrees in a particular week. Because weather that hot is usually perceived as undesirable, some readers might have thought he was kidding. However, the newspaper explained why he found such high temperatures “awesome”:

Mora wasn’t being facetious. He wants his players to experience sauna-like conditions to prepare for what awaits next month in College Station, Texas, during their season opener against Texas A&M.

How do You Spell Facetious?

Now that you know the meaning of facetious, how do you spell it? If you have read this far, you know that it’s F-A-C-E-T-I-O-U-S. You might run into some other forms on the web, but they are assuredly misspellings. This word isn’t exactly pronounced as it’s spelled, especially if you think of “face” or “facet” as you say it. The correct pronunciation is fuh-see-shuss. No wonder, then, that there are numerous misspelled search queries for facetious. The most common misspellings are facicious, facecious, and facitious. One commenter on ChaCha.com asked “What does quasi facicious mean?” Though it’s not spelled correctly, this expression is an interesting one.

In the 1993 film Demolition Man, Sylvester Stallone plays a policeman named John Spartan who was frozen and reanimated years later to fight crime in a futuristic society. In one scene, he talks with his futuristic colleague Lenina, played by Sandra Bullock, about how things have changed since he was alive. Lenina asks him if her reward for a good deed is “dinner and dancing at Taco Bell.” Notice how the conversation proceeds:

John: I like Mexican food, but…. Lenina: Your tone is quasi-facetious. Taco Bell is the only restaurant to survive the Franchise Wars. John: So? Lenina: Now all restaurants are Taco Bell.

A good breakdown of quasi-facetious appears on ChaCha.com in response to the commenter’s question. Quasi is an adjective that means “having some resemblance to.” So John’s tone had some resemblance to facetiousness, at least according to future-cop Lenina.

Rather than misspell facetious, other writers confuse it with words that look similar but have different meanings. Let’s look at three examples—factious, fractious, and fatuous. First, see if you can guess their meanings from these two quotes:

If I could sum up the meeting in two words they would be fractious and factious. I believe this council is generating more negative attention, division, and controversy than tangible benefits for the city of Hopewell.
The Progress-Index
His campaign has deteriorated into a slurry of nonsense and dangerous thoughts. Each day a fresh fatuous remark is made, repeated, repeated and then disavowed.
HevanaHerald.net

Fractious and factious have the least to do with facetious. Fractious often describes irritable and quarrelsome children or organizations that are disorderly and difficult to control. Factious refers to a state of division or dissention. Fatuous is the closest in meaning to facetious. It means “silly or pointless.” Because these words are so close in spelling, make sure you use the right word for the context. The Mnemonic Dictionary might be able to help you. This resource provides clever ways to remember the definitions of tricky words like facetious. One commenter on that site suggested that you envision someone making a funny face when you think of the term. That should remind you that facetious means “not serious” because a person making a funny face is not being serious. To take it one step further, you can imagine that the individual making faces is at a funeral. Comments made at an inappropriate times or places can also be construed as facetious.

You’ve learned that facetious doesn’t have anything to do with facets. Other than the funny face mnemonic you learned, it really doesn’t have much to do with faces either. Facetious means “amusing, witty, or frivolous.” Though it comes from a Latin word meaning jest, people sometimes find facetious comments more tiresome than humorous, so be careful about how and when you display this quality. At times, people misconstrue serious comments as joking if they sound strange or if the person saying them is usually lighthearted. In those cases, you may want to assure your audience that you are not being facetious. If a remark is intended to belittle or wound, it’s sarcastic, not facetious. Other words that are confused with facetious are fractious, which means unruly, factious, which means dissenting, and fatuous, which means silly. If you have a good handle on facetious and how to use it, congratulations are in order. Whether you are studying for a college entrance exam or just trying to enrich your vocabulary, you will be ready when you encounter this interesting word. 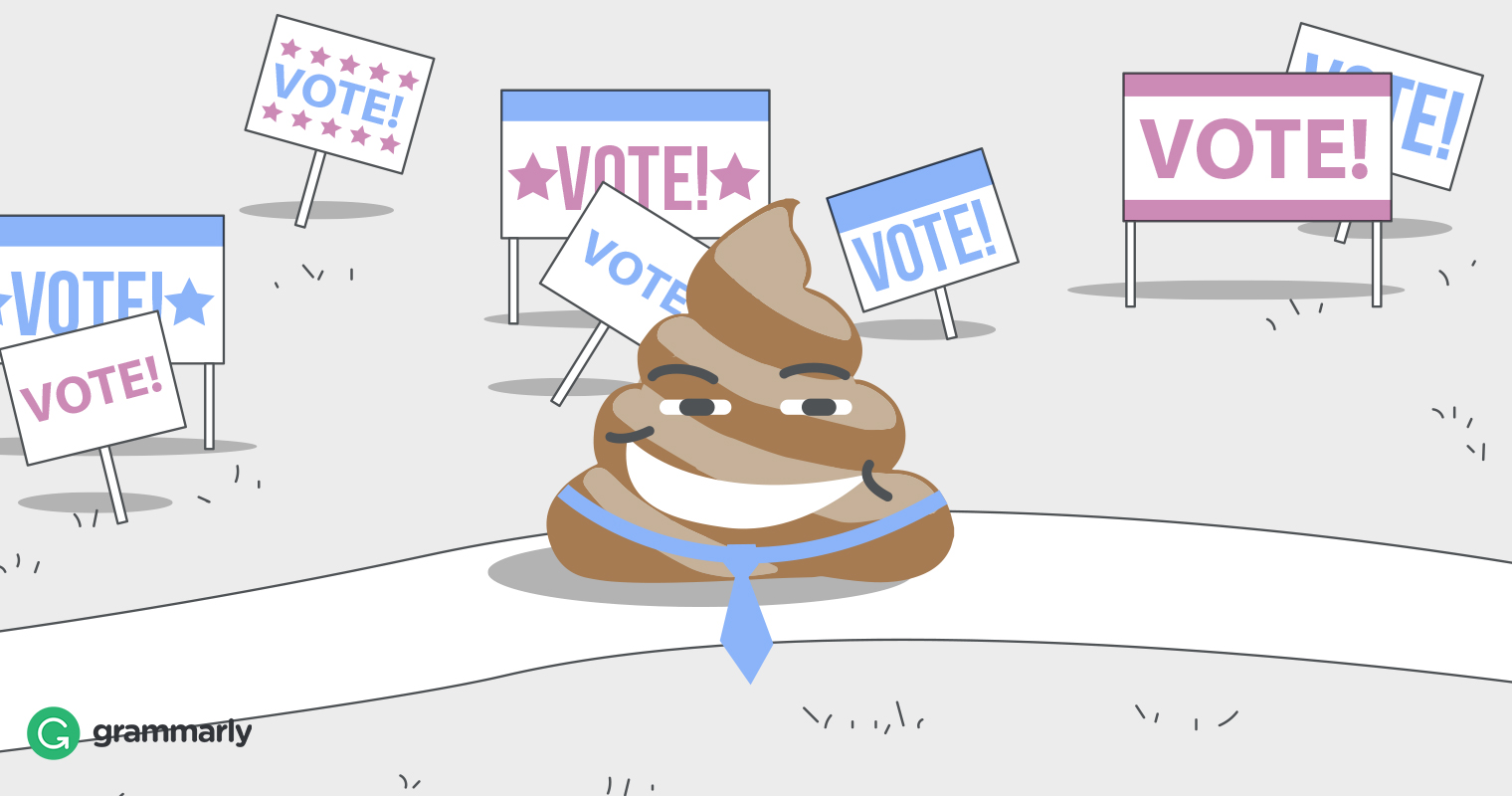