How to Express Support to Asian American Pacific Islander Communities 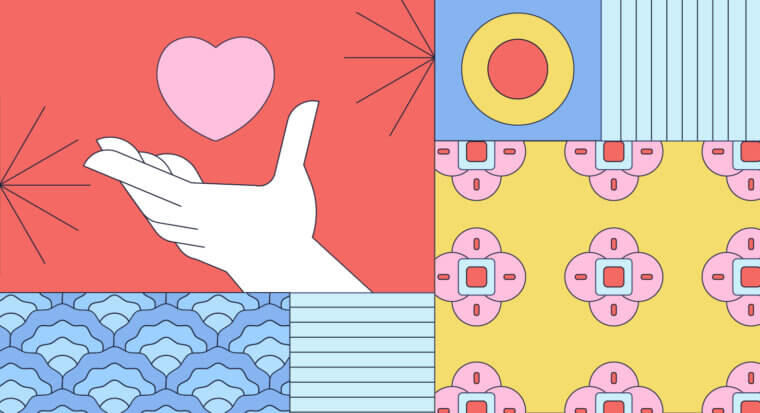 Allyship is the practice of standing up for marginalized people’s rights, and it can take on many forms. One of the most fundamental ways to show support is through the language one uses.

Read on to learn about a few ways you can communicate in allyship to AAPI communities.

Nikki Metzgar, Communications Director at National Asian Pacific American Women’s Forum,  emphasizes the importance of being “specific about how you refer to our communities—Asians, Asian Americans, and Pacific Islanders are not the same and it’s important to correctly name whom you’re talking about.”

Asian is a collective term to describe people with origins in the continent of Asia. The continent spans dozens of diverse cultures and languages, covering West Asia, Central Asia, East Asia, Southeast Asia, and South Asia.

It’s important to note that “Asian American” is a compound noun constructed without a hyphen. The use of a hyphen to indicate dual heritage can be considered derogatory, as it signifies “otherness” and can indicate being only partially, rather than fully, American.

Pacific Islander is another collective term that refers to those with origins in the island nations of Oceania, spanning Micronesia, Melanesia, and Polynesia. It includes peoples originally from the Hawaiian islands.

Metzgar recommends that those who are unsure about how to talk about Asia and Asian Americans consult the Asian American Journalists Association guide.

Be intentional with names

Metzgar urges allies to learn and respect the names of Asian American Pacific Islander people. In some cultures, naming follows rules or patterns that differ from and may be more complex than those in Western cultures. For example, in some Asian cultures, it is customary to state one’s name as [surname] [first name], unlike the Western custom of [first name] [surname].

Westernized spellings and pronunciations of names can vary across Asian cultures. In addition, Metzgar points out that “many Asian names have two parts to the given name, so abbreviating what seems like the middle name into an initial or eliminating it altogether is incorrect.”

When in doubt, ask someone the correct way to state or write their name.

Anti-Asian descriptors of the novel coronavirus have been used over the past year-plus. Expressions such as the “Chinese virus” or “Wuhan virus” are harmful.

Grammarly’s writing suggestions discourage this type of bias. Our product flags phrases such as “Chinese virus” and instead recommends “coronavirus” or “COVID-19,” the official nomenclature guidelines per the World Health Organization, which discourages naming diseases in ways that can lead to cultural stigmatization.

Unofficial names for COVID-19 or the novel coronavirus can lead to bias and cause harm. We’ve updated our product to suggest the official name used by the @WHO.

If you encounter the use of biased terms, you can point out that they are inappropriate misnomers for the global pandemic.

Metzgar says that language is vital to change. “Words matter,” the communications director says. “We have seen what happens when xenophobic language is allowed to go unchecked as harassment and violence against Asians and Asian Americans has escalated as part of the racist scapegoating of the pandemic.”

Metzgar urges witnesses of racist, sexist behaviors that target Asian Americans and Pacific Islanders to call the behaviors out: “When someone you know is making a joke that stereotypes AAPI people or sexualizes AAPI women, don’t give it a pass.” You can explain why the comment was harmful and let the person who made it know that such remarks aren’t acceptable.

If you’re unsure how to put that into practice, Joo Han, deputy director at the Asian American Federation (AAF), recommends taking an upstander training such as the one her organization co-sponsors with the Center for Anti-Violence Education (CAE). One important aspect of this training involves learning verbal de-escalation strategies that can work to speak out against microaggressions or verbal harassment. “The standing up for us piece is important because people who have survived these attacks said, ‘I wish someone had intervened.’ People who didn’t intervene said, ‘I didn’t know how or I was afraid I would be targeted.’ These trainings help witnesses learn what to say,” Han reinforces.

Expressing support to communities under threat shows empathy and care. Being an ally against racism and xenophobia entails a long-term commitment to learning and refining how we communicate.