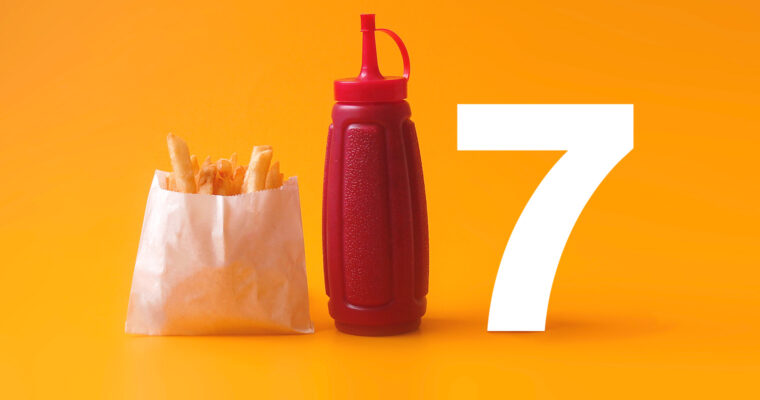 Food is a major part of travel because tasting delicacies in a new destination is a satisfying experience. The way a culture’s traditional cuisine is portrayed through media can inspire our travels—and our restaurant reservations. Unfortunately, food is often exploited and diminished by writers who feed into lazy food tropes and clichés.

So, how can we write ethically about food? To find out, we spoke with five professional food writers of color.

Write exactly what you mean
Grammarly helps make your writing clear and concise.
Get Grammarly

No one outside of the culture “discovered” a community’s cuisine—that word has undertones of colonialism. “Just because it’s new to you doesn’t mean it’s new to others. It’s a cuisine that has existed and been enjoyed by others for lifetimes,” says Kae Lani Palmisano, host of WHYY’s Check, Please! Philly.

Never describe food as bizarre, strange, odd, unusual, abnormal, or weird. Just because a flavor profile is uncommon in Western cuisine doesn’t make it obscure, and having good intentions when using these words doesn’t erase their negative impact.

Chandra Ram, editor of Plate, recommends making a list of these words. “Read what you’ve written to see if you accidentally fell into the habit of using any of them,” she says.

Here are some of the words that food writers told us they’ve banned from their writing:

3 Dig into the details

Your vernacular won’t be limited without those words. “Great food is an experience and crystallizing that for the reader—the tastes, textures, and smells—is hallmark of great food writing,” says Ruth Evelyn Terry, a freelance writer.

The story behind the food is what makes for an interesting article. “Learn about what gives a plate more depth and your article will be more meaningful,” says Andrea Aliseda, a freelance writer. “The story behind the dish is what intrigues me. I like to find out what the circumstances are that brought the dish together. It’s an intrinsic part of what ends up on our plate,” she says.

4 Focus on the people behind the plate

“Food writing isn’t about food,” says Palmisano. “It’s about the people who make the food. Food is reflective of people’s traditions, their histories, and also the lands they come from. Food and identity are deeply connected, so a great story about food finds ways to weave context into the cuisine.

Meet José R. Ralat, AKA @TacoTrail. He’s a Taco Editor at @TexasMonthly. Yes, that’s a real job—and Jose shares what it took to get there.

Consider who was involved in making the meal and should be included in its story. “Food is under-politicized and under-contextualized. . . Highlight growers, talk about the history of food, and discuss how the food has been erased, colonized, or appropriated,” says Terry.

5 Educate readers through your work

Readers are likely looking for information about the cuisine or seeking inspiration for places to eat. “Educate people about the restaurant, chef, or food that they’re eating. Inspire the audience to try a dish or ingredient,” says Jessica van Dop DeJesus of The Dining Traveler.

A lack of background leads to unethical food writing. “Food tells a story. When the story is told irresponsibly, it doesn’t honor where it came from, who cooks it, who survives off of it, and whose memories and entangled in it,” says Alisea.

Be aware that misrepresenting food could negatively impact the community who generously shared their cuisine with you. “Stereotypes can feed into how marginalized communities are treated in the food industry. Food media sets the bar with how the conversation about a culture’s cuisine is going to be discussed and has influence over public perception,” says Palmisano.

Hear how he uses food as a lens to tell deeper human stories: https://t.co/0ydFE5tYIZ #FoodWriting pic.twitter.com/t90xrVNQae

Unethical writing about food can be a microaggression—intentionally or not. “Erasing and ignoring major foodways or treating them like exotic novelties, instead of equivalently sophisticated and created gastronomy, is racism,” says Terry.

Food appropriation is when people from outside a culture profit from food traditions. “The terms ‘upgraded’ and ‘elevated’ are used in menu descriptions for street food made by a white guy for white people,” says Ram. Avoid featuring white people who are benefitting from a cuisine that isn’t their own culture.

Food writing sometimes perpetuates racist beliefs. Relegating Mexican, Indian, Chinese, and other cuisines to “cheap eats” takes money from the pockets of cooks, restaurateurs, and other workers in that food chain.

Seek expert commentary from community members. “When in doubt, get some feedback. For example, if I have to write about Vietnamese food, I reach out to a Vietnamese person who can help me with terminology and spelling,” says van Dop DeJesus. Use the real words for food rather than translating and anglicizing them.

Taking the time to do research is essential. Embrace the culture of the food you’re eating. “You can’t love tacos but hate Mexicans. It doesn’t work that way,” says van Dop DeJesus.

It’s especially crucial to use proper descriptors when writing about traditional, medicinal, or ceremonial foods. Research the proper terms to use that honor these dishes with deep cultural significance. Reach out to tourism boards, local chefs, or food historians. “Find restaurants, cookbooks, and grocery stores from the culture; visit them, walk around, and ask questions. Get to know the people, and ask them what terms they prefer,” says Ram.