There’s no shortage of words in the English language to indicate a disliking of something. Some of them are well-known and don’t need further explanation—everyone knows what the word “hate” means, or what it means to despise something. Disdain is also a type of disliking. To be specific, disdain is a very strong kind of disliking.

Disdain can be a noun and a verb. As a noun, disdain is a feeling you might have toward something you deem unworthy—it implies not only disliking but also a lack of respect. If you want to say that you’re looking at something without respect and with a feeling of dislike, you can say that you disdain it. 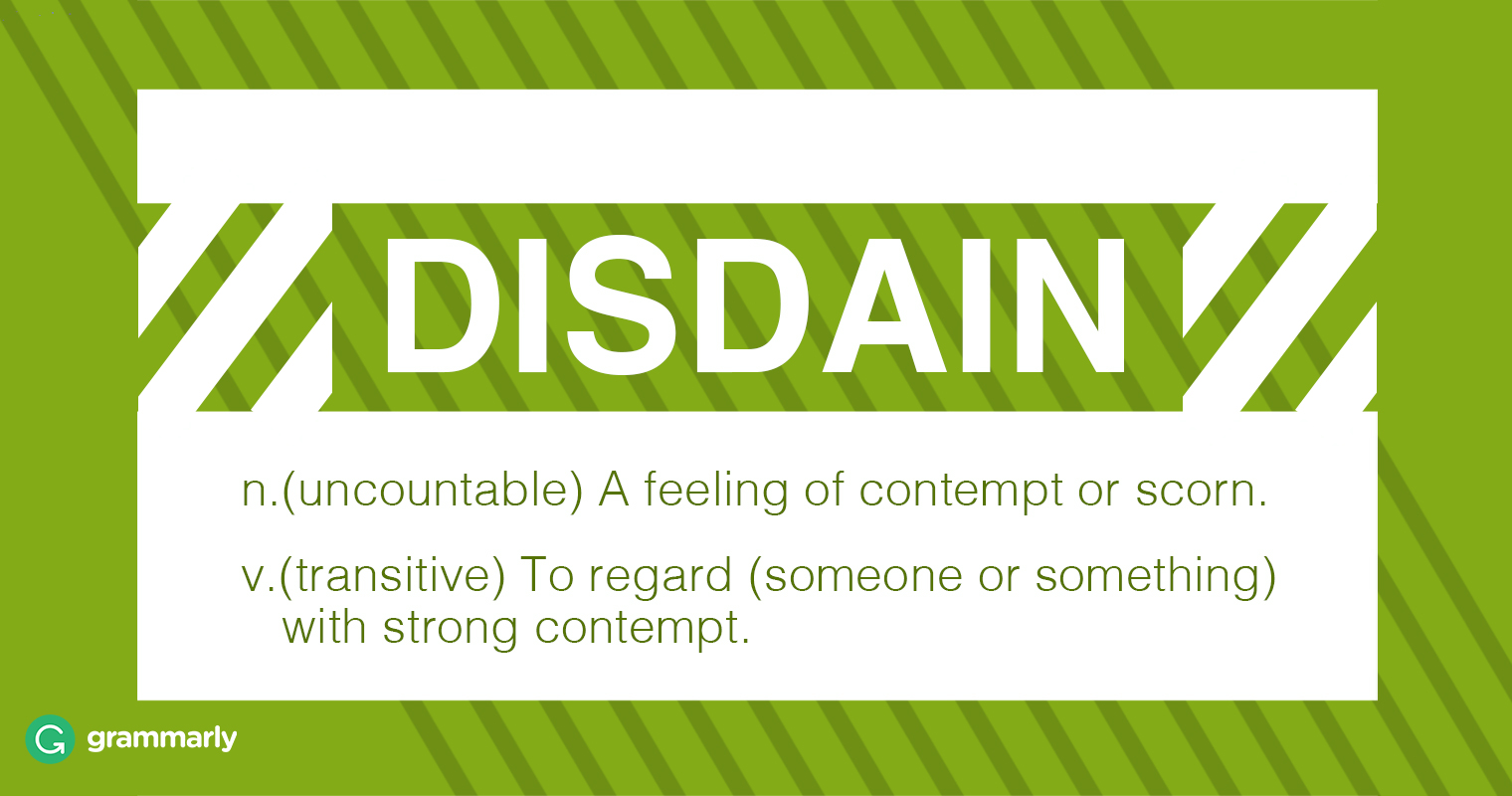 You can also derive an adjective and an adverb from disdain—“disdainful” and “disdainfully.” So if you want to say you gave someone a look that really showed them how little you like and respect them, you can say that you gave them a disdainful look. Or, if you prefer adverbs, you could say that you looked at them disdainfully.

One of the words you could most easily use instead of disdain is contempt. Scorn is another synonym of disdain. Other words that describe similar feelings include condescension, derision, aversion, and antipathy.

Disdain has no spelling variations—you always spell it the same way. If you come across words like “desdain,” “disdane,” or “disdaine,” you should be aware that these are spelling errors.

Another common misspelling of disdain is “distain,” which is interesting because “distain” is a completely different word, albeit an archaic one. To distain something means to stain it, discolor it, or sully it.

How to Use disdain in a sentence: disdain examples

Instead of treating Sanders with impartiality, the DNC exhibits resentful disdain toward him and the thousands of disenfranchised voters he could have brought into the party. —The Observer

But most importantly it is a concrete reminder of what is at stake—indeed, what is lost—when winning is disdained. —The Telegraph

Many commentators are disdainful. —The Guardian

He was a teacher, and the seething overlooked disdainfully refer to his role as the Northern Schoolhouse job. —New Statesman