What Are Consonants? Definition and Examples 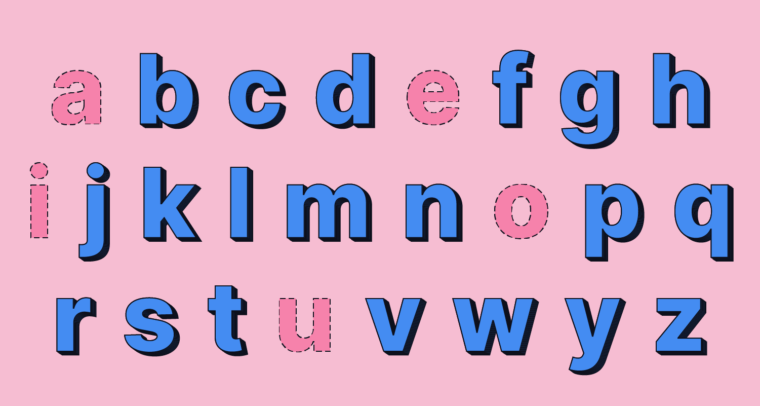 Consonants are letters that represent certain speech sounds, specifically sounds that involve blocking the air before it leaves the mouth, such as with the tongue, lips, or throat. Most letters of the English alphabet are consonants, except for a, e, i, o, and u, which are vowels.

Consonants play a significant role in both spelling and pronunciation, as well as writing where sound is important, like poetry or music lyrics. Below we give a more detailed answer to the questions: What are consonants? Including their difference from vowels, how they’re used with the articles a and an, and the relationship between consonants and consonance.

What is a consonant?

Most letters of the English alphabet are consonants. Some letters, however, can represent more than one sound, including both consonant and vowel sounds. These letters are known as “sometimes consonants.”

Unlike consonants, vowels do not involve closing the vocal tract. Instead, they differentiate sounds based on pitch, accent, volume, and duration.

The vowels are a, e, i, o, and u, and in some cases, y. However, depending on how they’re used, h, r, and w can also make vowel sounds, although in grammar they are still considered consonants and do not follow the same rules as the vowels.

Knowing the difference between vowels and consonants is a big help with spelling rules. In particular, knowing when to spell words with double consonants can be especially frustrating. Whether or not a word uses double consonants with a suffix, such as drop and dropped or begin and beginning, depends not only on a word’s letters but also the number of syllables.

Consonants are closely related to a writing technique called consonance. Often found in poetry, musical lyrics, and creative writing, consonance is a literary device that uses a series of words containing the same consonant sound. For example, look at this popular children’s poem:

The mouse ran up the clock.

The clock struck one,

The mouse ran down,

Notice the repetition of the k or ck sound, as well as the n sound to a lesser extent.

Keep in mind that consonance is different from alliteration. In alliteration, only the beginnings of the words use the same consonant sound. In consonance, the repeated sounds can come from anywhere in the word, including the middle or end.

Consonants and the articles a and an

Consonants also play an important role in choosing between the indefinite articles a and an. The basic rules are simple:

For example, with animals whose name starts with a consonant sound, we use a:

But for animals whose name starts with a vowel sound, we use an:

This applies to adjectives as well as nouns.

There are a few exceptions, however. The consonant h can sometimes be silent, which means some h words actually start with a vowel sound and use an.

However, not all h words are silent. If the h at the beginning is pronounced, use a as with any other consonant.

Likewise, vowels can sometimes make a consonant sound at the beginning of the word. Although rare, these words also use a. Pay particular attention to words beginning with a vowel that makes a sound like “you.”

Consonants are letters representing a speech sound with a closure of the vocal tract. For example, the consonants d and t involve placing the tongue behind the front teeth, while the consonants b, m, and p involve closing the lips. Most letters of the alphabet are consonants.

How do they differ from vowels?

What are the rules for using consonants?