“Was” or “Were” in the “If” Clause/Conditional 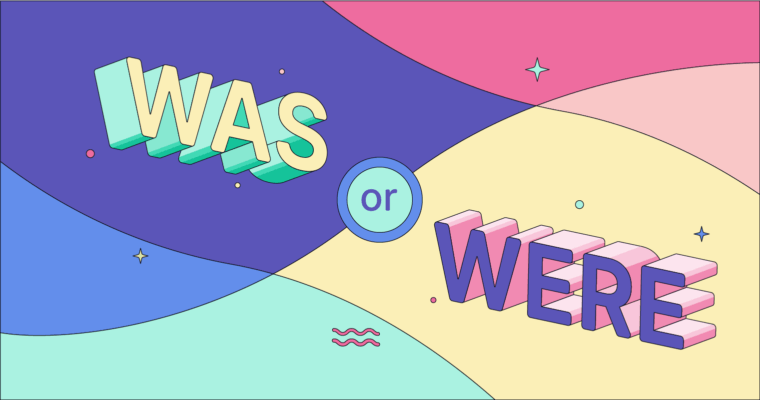 The correct choice between was and were in an if clause depends on whether you’re using an unreal conditional sentence, also known as a hypothetical sentence.

What is the if clause in conditional sentences?

Before you understand whether to use was or were in an if clause, you must understand what conditional sentences are and how they use if clauses.

Basically, conditional sentences use a cause-and-effect format. If something happens, something else will also happen.

If it rains today, practice will be canceled.

Conditional sentences have at least two clauses: the condition and the consequence. The condition is usually represented by an if clause, a clause beginning with the word if, and sometimes by a when clause.

If we leave now, we can still make the movie on time.

When I go apple-picking, I wear an apron.

The condition does not need to come first in the sentence, and if the if clause or when clause comes second, no comma is necessary.

We can eat at seven if I start cooking now.

There are four types of conditional sentences in English, which you can learn about here. But they can be confusing, so to keep things simple, we’ll divide them into two groups: real and unreal.

As you can imagine, real conditional sentences represent events that have already happened or are likely to happen.

If I’m tired, I take a little nap.

I’ll eat a snack if I get hungry.

When I go to the zoo, I visit the big cats first.

If I won the lottery, I would buy my mom a mansion.

We would have helped you if you had asked.

If my phone were better, I could be famous on TikTok.

If the meaning does not change, it’s a real conditional sentence.

Let’s try it with the example sentences above.

If I’m tired, I take a little nap.

When I’m tired, I take a little nap.

Here, the meaning does not change whether we use if or when. That means it’s a real conditional sentence.

If I won the lottery, I would buy my mom a mansion.

When I won the lottery, I would buy my mom a mansion. (incorrect)

When should you use was or were in an if clause

If you want to use the verb be in an if clause, do you use was or were? This is a common question in English grammar.

In the simple past tense, the verb be is conjugated into either was or were, depending on the subject’s number and person. First-person singular and third-person singular subjects use was, and all others use were.

I was always energetic as a child.

Toronto was not this expensive twenty years ago.

Last year you were not ready for calculus.

The 1927 Yankees were a talented bunch.

If I were a rich man, I’d buy a big, tall house with rooms by the dozen.

He would have more friends if he were nicer.

Real conditional sentences still use was and were normally.

When I was younger, I went out more.

To help you understand when to use was or were in if clauses, we’ve included some examples below. Keep these examples in mind when writing and proofreading.

Examples of when to use was

We never had this problem when the old boss was in charge.

The news anchor will mention if she was elected.

If he was lying, I didn’t catch it.

Examples of when to use were

If Superman were here, he would help us.

She would prefer it if she were the one on vacation.

I’d stop talking if I were you.

Using was or were with an if clause or conditional FAQs

What is the if clause or conditional?

What are the rules for using was or were with an if clause in a conditional sentence?