Shundalyn Allen
Updated on
May 17, 2019Grammar 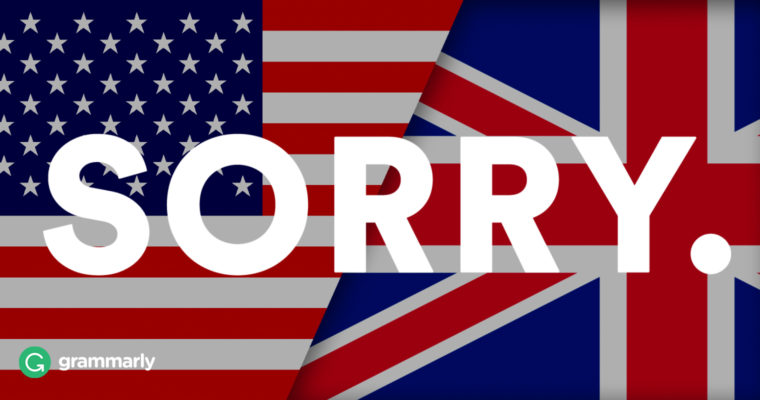 Wouldn’t it be embarrassing to have a spelling error in a letter of apology? And it’s even more cringe-worthy if the word you spell wrong is one of the key elements of your message! So before you say you’re sorry, find out whether apologize or apologise is the right word.

To understand the issue better, let’s break down apology into its parts. According to Dictionary.com, the prefix apo- comes to English via Greek, where it appeared with nouns that “denote a response or defense.” The -logy suffix comes from the Greek logos, meaning “speech.”

The Meaning of Suffixes -ize and -ise

When you add -ize, it means “to cause to become like something.” It can also mean to treat like a certain thing or to talk or refer to someone or something in a specific way. For example, to alphabetize is to cause a list of words to become like the alphabet—i.e., in ABC order. Merriam-Webster’s online dictionary defines -ise as -ize with the same set of definitions. Therefore, apologize and apologise mean the same thing. The difference between the two words isn’t in the definition. So, what is the difference?

The Real Difference between Apologize and Apologise

The real difference between the two terms is about 4,200 miles. Well, the United States (where apologize is the most common spelling) is about that far from the United Kingdom (where apologise is the most prevalent spelling.) British English often favors an -ise ending where American English uses -ize. To find out why, check out this article about realize versus realise.

Other British and American Spelling Differences

Honour vs. Honor Queue vs. Cue Learned vs. Learnt Judgement vs. Judgment Spelled vs. Spelt

Apologize and Apologise in Print

Here are some examples of these two words from books. Can you guess the nationality of the writer based on how they spell the term under discussion? The answers are below the quotes.

1. When a lady condescends to apologise, there is no keeping one’s anger.

2. Reflect on your relationship and apologize.

3. I apologise if you all know this, but the point is many, many people do not. Why else would they open a large play area for children, hang up a sign saying “Giant Kid’s Playground”, and then wonder why everyone stays away from it? (Answer: everyone is scared of the Giant Kid.)

4. There were times when an apology was best, she thought, even when one really had nothing to apologise for. If only people would say sorry sooner rather than later, Mma Ramotswe believed, much discord and unhappiness could be avoided. But that was not the way people were. So often pride stood in the way of apology, and then, when somebody was ready to say sorry, it was already too late.

If you live in Britain or you are writing to someone who does, you might choose to apologise. However, if you are writing from the United States or to an American, apologize is what you want to do! You no longer have to worry about embarrassing yourself by mixing up apologize and apologise. The only task left is to find the right words to express how sorry you are.