What Is Amplification in Writing? 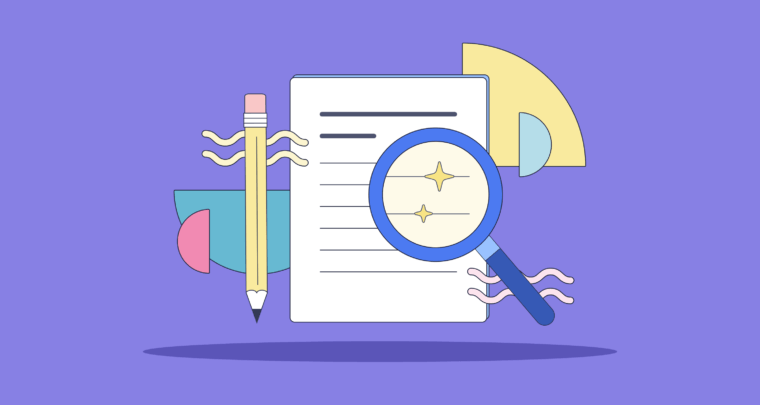 Sometimes we write sentences. And sometimes we sew words together with the finesse of a seamstress to form a sentence. That was an example of amplification.

Amplification is the way a writer embellishes a sentence in order to emphasize or exaggerate certain points. In general, amplification involves making something stronger or louder. In writing, amplification means using literary devices like metaphor, imagery, and hyperbole to draw extra attention to the subject.

What is amplification in writing?

Amplification in writing takes a simple sentence and turns it into something engaging and memorable. By doing so, it focuses the reader’s attention on the most important details. When you include amplification in your writing, you are essentially pointing your finger at the page and saying, “Look here!”

Most instances of amplification in creative writing are there to provide a reader with vivid imagery.

For example, in Sometimes a Great Notion, by Ken Kesey, the narrator describes his Oregon-based family as:

“A stringy-muscled brood of restless and stubborn west-walkers. . . . With too much bone and not enough meat, and on the move ever since that first day the first skinny immigrant Stamper took his first step off the boat onto the eastern shore of the continent.”

Kesey’s wordy narrator could have said that his family were a bunch of skinny settlers that moved to the West, but instead he lingers on their description, using amplification to show how skinny the family is (very) and how often they moved (constantly). The reader leaves that paragraph with a much crisper image of the Stamper family than if the narrator had described them more simply.

How does amplification in writing work?

Cicero, the ancient Roman philosopher and renowned orator, wrote that amplification is one of the most important tools one can use at the end of a speech. This is because amplification provokes emotion in the audience.

For example, here are two ways to tell a story. The first way is full of simple sentences without any amplification:

I was riding my bike down a quiet street. A car pulled up to a stop sign. I couldn’t tell if the driver saw me, so I threw on my brakes. I fell. The driver looked at me funny, then drove away.

It’s a little bit hard to tell what the important details are in that story. Is it the pleasant bike ride? The fall? The driver? This next paragraph uses amplification to bring out those details:

I was riding my bike down a quiet street when a car appeared in my peripheral view. I didn’t realize the car was pulling up to a stop sign, so fearing a collision, I slammed on the brakes. My front wheel froze before the back one, sending me flying headfirst over my handlebars as if I ran into an invisible wall on an otherwise empty street. The driver looked at me funny, then drove away.

In the second rendition, the fall is much more clearly detailed. The reader has a greater sense of shock and embarrassment for the rider. Not only that, the driver’s cool demeanor is more comedic in the second example because of its sharp contrast to the experience of the bike rider.

Amplification also smooths out writing. By including certain details and skipping over others, you are writing more closely to how we actually move through the world—alternating between a narrow and a broad focus. Without amplification, writing can feel abrupt.

Amplification as a rhetorical device

Rhetoric—language used to persuade, inform, or motivate an audience—is traditionally understood as having three distinct tools of persuasion. Those tools are:

All three are equally important when presenting a compelling argument. Amplification as a rhetorical device works in the area of pathos because of the way it plays up the emotions of a scene. This is especially useful for writers trying to motivate or persuade their reader.

Hyperbole: Hyperboles use exaggeration for emphasis. They are often outlandish and not meant to be taken literally. Using hyperboles can inflate the truth of a situation and make it seem more dramatic than it is, thereby creating amplification.

Redundancy: Redundancy is a word or expression that gets referred to more than once. For example, Judith Viorst’s children’s book Alexander and the Terrible, Horrible, No Good, Very Bad Day uses redundancy in its title to portray that this is not Alexander’s best day. Repetition like this creates emphasis and can be used to amplify a certain quality.

Congeries: Congeries are heaps of words close together that create a description. For example, you might say that Alexander (of the terrible day) is a young, redheaded, middle-seat-sitting, carsick, cavity-mouthed boy. All of those adjectives pile on Alexander to create a congery. The slight difference between congery and redundancy is that the words in congeries do not need to have the same meaning. Either way, they play up the qualities of a subject and create amplification.

There are hundreds of other literary devices out there for you to explore; each one adds a unique bit of amplification to your writing.

How to create amplification in writing

One of the best ways to learn how to use amplification is to read descriptive writing. Once you have an idea of the tools at your disposal, you can start to amplify your writing effectively.

1 Identify the most important details. What do you want the reader to connect with? What is the main point?

2 Elaborate on those details using descriptive language, like adjectives, exaggeration, and literary devices.

3 Think about punctuation. Em dashes, commas, and parentheses can be used to set off descriptive language. For example: The kitchen—a dingy, windowless corner of the house where a single-burner stove sometimes worked—was not used often. In this example, the clause inside of the em dashes gives a detailed description and amplifies the kitchen’s neglect.

When should amplification be avoided?

Some writing topics, like creative fiction and persuasive essays, benefit a lot from amplification. However, amplification is not always necessary. You do not need amplification in texts that benefit from straightforwardness, like a work email. In creative writing, using amplification to focus on unimportant details could leave the reader feeling misguided or unsure about what is important to the story. Overuse may cause readers to pay less attention to all of your details rather than extra attention to specific ones.

Here are some amplification sentence examples:

Simple sentence: The dog noticed a squirrel and pursued it.

Amplified sentence: The dog perked its ears toward a taunting squirrel in the tree, then sprang from its stoop, lunging and barking and snapping but ultimately losing due to a lack of speed and an abundance of gravity.

Simple sentence: I just realized that I am hungry.

Amplified sentence: Suddenly a roar emerged from my stomach like that of a lion from the back of a cave.

Examples of amplification in literature

Our Mutual Friend, by Charles Dickens

Dickens uses repetition of the words new, bran-new, and spick and span new. This repetition amplifies the quality of newness in the neighbors.

Living to Tell the Tale, by Gabriel García Márquez

“At that time Bogota was a remote, lugubrious city where an insomniac rain had been falling since the beginning of the 16th century.”

The rain in Bogotá had not literally been falling since the beginning of the sixteenth century, but Márquez uses hyperbole to amplify how soggy the city had become (he also uses personification, calling the rain “insomniac”).

The Twits, by Roald Dahl

In Dahl’s paragraph, it is not simply that a person can be ugly by having ugly thoughts but that their ugliness can grow with the time they spend thinking ugly thoughts. The amplification in this sentence creates an elaborate image of a morphing face, descending from ugly to uglier still.

What is amplification in writing?

Amplification is extending or embellishing a sentence in order to emphasize a certain point. By using amplification, writers can steer their readers toward important details and provoke an emotional response.

How does amplification work?

Amplification works by offering the reader a clever, surprising, or poetic description of something so that they feel more engaged with the writing.

When is amplification used?

Amplification is used in creative writing to create vivid imagery, in everyday storytelling to point out certain details, and in rhetoric to connect emotion with an argument.