Can You Actually Use Emojis in Work Emails? 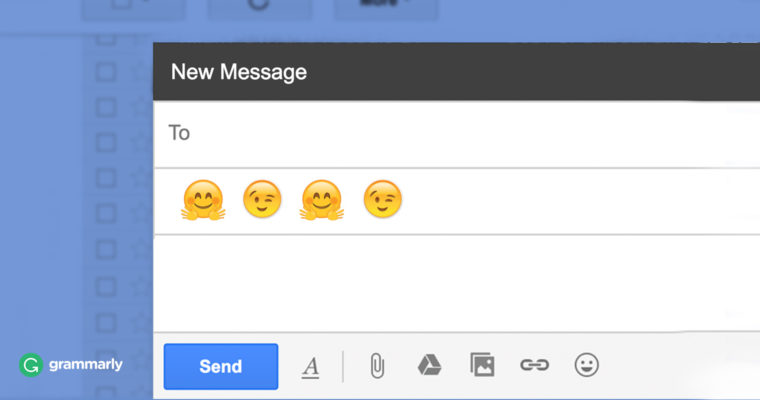 Chances are you encounter emojis on a daily basis. These adorable icons are popping up everywhere—in texts with friends and family, social media posts, and even in the movie theater.

Emoji use has risen steadily since their creation in Japan in the late 1990s. For many of us they’re now a normal part of digital communication, but do they belong in the workplace? If you include a smiley emoji in a message to your boss, are you building rapport—or will your boss think you’re unprofessional? How about sending the pile of poo emoji to a colleague?

Whether you’re plagued with anxiety wondering which emojis are appropriate, or you’ve been showering your colleagues with emojis left and right, you’ll want to keep reading.

Today we’re navigating the subtle nuances of emoji use in the workplace and delivering some real answers for this oft-asked question of business etiquette.

Why Do We Use Emojis?

If there’s controversy around emojis in business communication, then why do we feel compelled to use them? Why not forego them altogether?

The simple answer: we want to be better understood.

Email communication is notoriously problematic in that it lacks the emotional cues we rely on with face-to-face or phone conversations. Without tone of voice or facial expressions to guide us, there’s a lot of room for misunderstanding when we read an email. Messages meant to be positive are often interpreted as neutral, and neutral messages are interpreted as negative.

Remember that time you wrote your boss a detailed, well-thought-out email, only to receive a terse, one-line response? Chances are your boss was happy with your work, but their email failed to convey the warmth and approval that a face-to-face or phone conversation would have.

No one wants to be misunderstood or perceived as a jerk, so we’ve invented ways to circumvent the ambiguity of email. According to a 2014 study, we use emoticons in our emails not to directly convey emotions, but as context clues to show the recipient how to interpret our message. (For example, including a smiley after a line that’s meant to be a joke.)

But when you send that winkie emoji to your boss, are you communicating more effectively or could it actually be hurting your cause?

Why You Shouldn’t Use Emojis in Work Emails

We may have the best of intentions when we use emojis in our work communication (greater warmth, better rapport!) but recent research on emoji use has presented discouraging results.

Grimly titled The Dark Side of a Smiley: Effects of Smiling Emoticons on Virtual First Impressions, the study found that:

To sum this up, if you use a smiley in communication with someone you don’t know well, they

Ouch! That’s a pretty serious backfire. Based on this new information, should we banish emojis from the workplace forever?

The study also found that a smiley can replace an in-person smile if you already have a relationship with the recipient.

Conclusion? Emojis can be helpful when used in the right context.

Which is great, but now you’re probably wondering what the “right” context is. To answer that question we’ve put together some dos and don’ts of emoji use, and it all comes down to who your audience is.

When NOT to Use Emojis

It’s generally a bad idea to use emojis in the following contexts:

When Emojis Are Beneficial

Here are some contexts where you can use emojis to build rapport:

Here’s a tip: Even in contexts where emoji use is okay, it’s still best to stay away from unusual, ambiguous or offensive emojis. So stick to the basic smiley and limit the smiling poop to your personal texts.
Your writing, at its best.
Get Grammarly for free
Works on all your favorite websites