Words that Are Not Pronounced How They Are Spelled 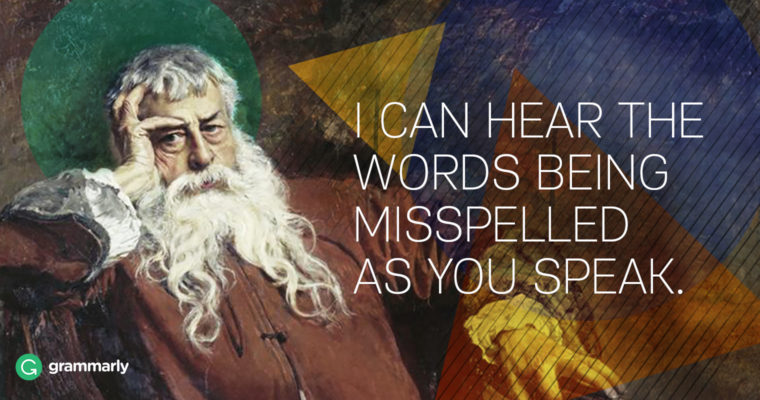 Is English a phonetic language? Longtime ESL teacher and founder of EnglishClub.com Josef Essberger firmly says no. But the psychologist Gertrude Hildreth, who developed the Metropolitan Readiness Tests, stated that “English is a phonetic language…” It seems the experts don’t agree. On one hand, there are classes that teach English phonetics, so it must be a phonetic language. On the other hand, with so many words not pronounced the way they’re spelled, it can’t be!

First, what does the term “phonetic language” mean? Consider Spanish, a highly phonetic language. The letters in its alphabet consistently correspond to the same sounds and form reliable patterns of pronunciation. If you know the rules, you can spell any word you hear. The relationship between spelling and pronunciation is strong.

The above quote from Gertrude Hildreth originally appeared in a 1957 article titled “Some Misconceptions Concerning Phonics.” The full sentence reads: “English is a phonetic language, even though it’s inconsistent to a considerable degree.” Its inconsistencies can be confusing, but amusing too! English language learners have bemoaned its idiosyncrasies for decades. In his poem “The Chaos,” Dutchman Gerard Nolst Trenité penned the following advice to those attempting to master English phonetics:

Finally, which rhymes with enough— Though, through, plough, or dough, or cough? Hiccough has the sound of cup. My advice is to give up!!!

In one apocryphal story, a child took an immediate dislike to a new student because of her “odd” behavior. The new girl had a habit of staring at others. Later, the child felt ashamed when she learned the student was deaf. The staring had an explanation; the young girl was only trying to read lips. Rather than abandon the language completely, as Trenité suggested, let’s examine some of the English words with intriguing pronunciation. If you understand them better, you may discover that they’re not always as illogical as they seem.

Why not start at the beginning with the number one? One rhymes with gun, but not with lone, which seems to be related in meaning. According to the Online Etymology Dictionary, one was once pronounced similarly to the on- in only. In the Middle Ages the stressed vowel evolved into a diphthong, as stressed vowels often do. Another influential change to the pronunciation occurred when translator William Tyndale spelled it won in his translation of the Bible. Don’t you feel better about that one already?

Silent letters are another bone of contention with English language learners. There’s the silent k of know, knight, and knot. There’s the silent g of gnarly, gnome, and gnu. As you can see, g and k are usually silent when they begin a word and are followed by an n. Many of the kn- combinations came into English from Germanic languages. The k’s weren’t silent in Old English, but by the time Modern English developed, they had learned how to hush. Just think of it as an ancient ancestor’s lovely timepiece passed to you by inheritance. Even if it doesn’t work anymore, it’s still pretty nice to have!

Many consonants can be silent: b, c, ch, d, g, h, k,l, m, n, p, t, or w. Can you identify the “dummy letters” in these notable examples: autumn, ballet, debt, calf, Sarah, spaghetti, receipt, listen, wreath? What about vowels? If you voice only the first letter, the -ueue of queue doesn’t make any additional sound. Despite their rather negative name, these so-called dummy letters sometimes serve a purpose. The silent e in bee can help you distinguish it from its homophone, be. Without the e, words that have an s as the final consonant—mouse, cheese, vise—might seem plural. Also, there’s the matter of the English spelling rule that requires every syllable to have a vowel. The silent e makes it possible for words like riddle to obey the rules. Not every final e is silent. Hyperbole is a famous exception. Hint: it doesn’t rhyme with Super Bowl! In her book The Word Snoop, Ursula Dubosarsky estimates that 60 percent of English words contain a silent letter.

English speakers frequently retain (if sometimes loosely) the original pronunciation of words borrowed from other languages. From French, we have bourgeois (boo jwah) and debris (duh bree). From Italian, we have bruschetta (with a k sound) and ciao (with a ch sound). That doesn’t mean English is easy for foreigners to learn. They must contend with homographs, words that share the same spelling but have different meanings and sometimes different pronunciation. After I finish painting my fingernails with polish, I will eat a Polish sausage! In some cases, homographs exist because English inherited two different words that happen to sound alike from different original language sources.

Is it impossible to pronounce English words well? Should you follow the counsel of Trenité’s poem and throw in the towel? After all, English has 44 distinct sounds, with more than 1,000 different ways to spell them! But think of the advantages. English spelling gives fascinating glimpses into the origins of words that retain the pronunciation of their language of origin. Some people think English is easier to learn than non-phonetic languages. Chinese characters, as an example, each have a set meaning but provide little to no direction as to pronunciation. The English language’s odd pronunciation habits add an element of unpredictability, making it an interesting language that keeps learners on their toes. Finally, English is like a new child at school. The more we get to know it, the more we may like it. Why not look up the origins of some strangely pronounced English words today? You might be charmed by what you find!