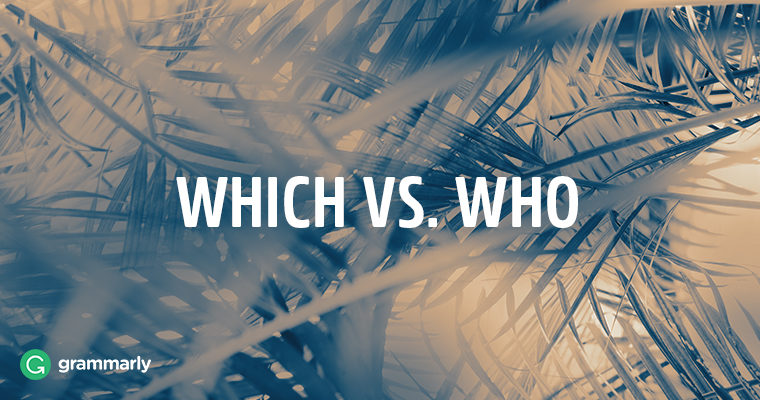 Did you know that which has been around in various forms since the eighth century? Who dates to sometime before 900. Despite hundreds of years of use, the terms still confuse some speakers. How can you decide between these two interrogative pronouns?

Interrogative pronouns are used to form questions. Who can serve as the subject of a question, such as “Who was the first woman inducted into the Rock and Roll Hall of Fame?” It always refers to a person. For instance, the answer to the question above is Aretha Franklin. In the past, who was not used as an object, except in casual writing and speech. In recent years, who often replaces whom.

Which can serve as the subject of a question, too. A familiar example is “Which came first—the chicken or the egg?” The answer—the chicken, because egg shells form using a protein that exists only in the ovaries of a chicken—is a noun, a thing.

Many find it harder to use who or which as relative pronouns than as interrogative pronouns. Who is still restricted to people: The man who started the petition delivered it personally to the board. Mr. Johnson, who was my mathematics teacher in elementary school, finished first in the marathon. Which describes things. The hammer, which my father accidentally left on the roof, fell during the spring rains.

Will you be part of the first generation to master the age-old who and which? You can be, if you spread the word: Who is always associated with people. Which is used with things.