Say Hello to the Exclamation Comma: The Punctuation Mark You Never Knew You Needed 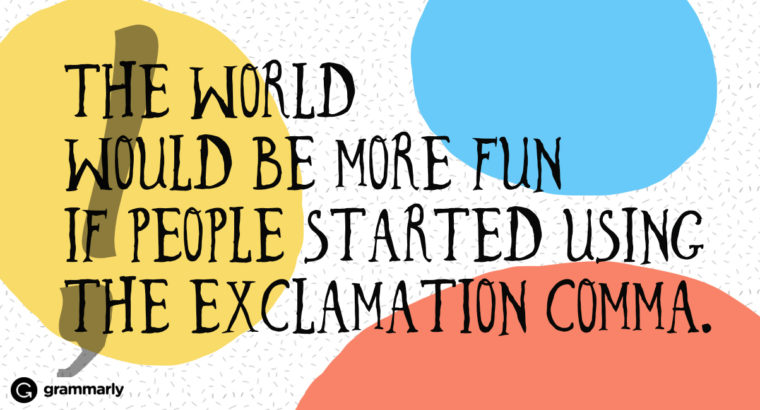 At a time when Kurt Cobain was terrorizing stages, fallout from the Gulf War was wreaking havoc on television screens, and the first web browser was transforming the world as we knew it, the little-known exclamation comma tried to stir up some excitement on the punctuation front. 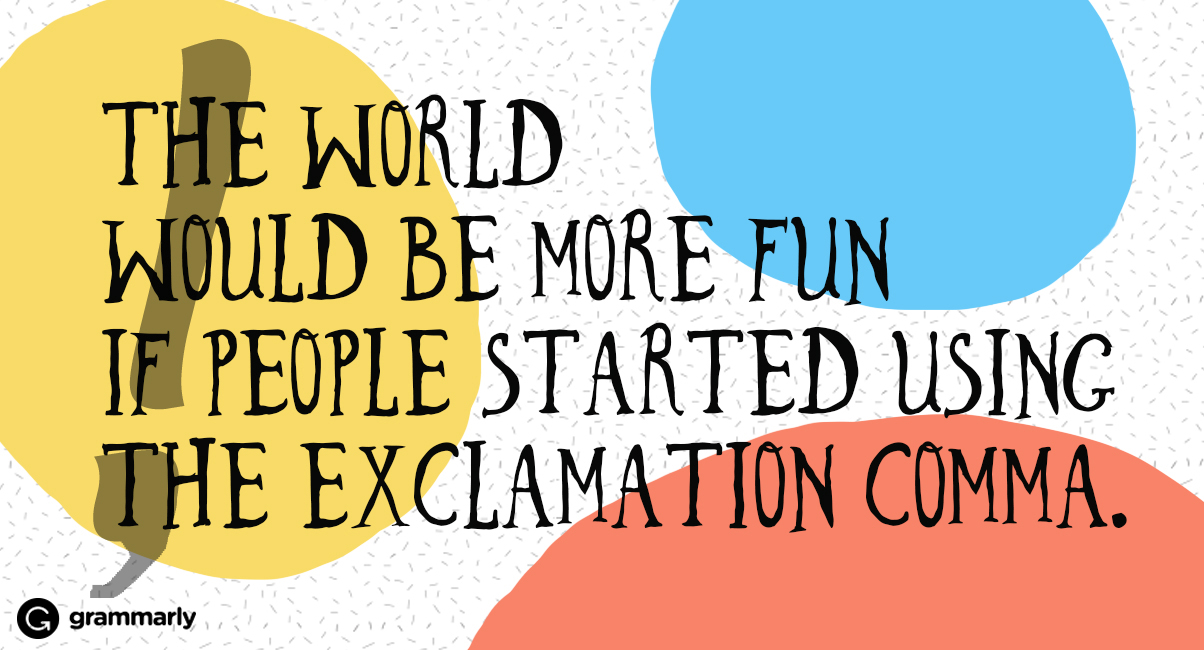 The now-extinct glyph was created and patented in Canada by three American inventors in 1992, and true to its name, it was designed to both look and act like the lovechild of the incredibly utilitarian comma and the equally hated and adored exclamation point.

Like an exclamation point, it was used to denote excitement, add flourish, and generally lend a statement a certain degree of emotion and emphasis. Only, unlike the more terminal of its parents, it wasn’t meant to be plopped at the end of a sentence. Rather, like its other parent, the exclamation comma was cooked up to be used within sentences. 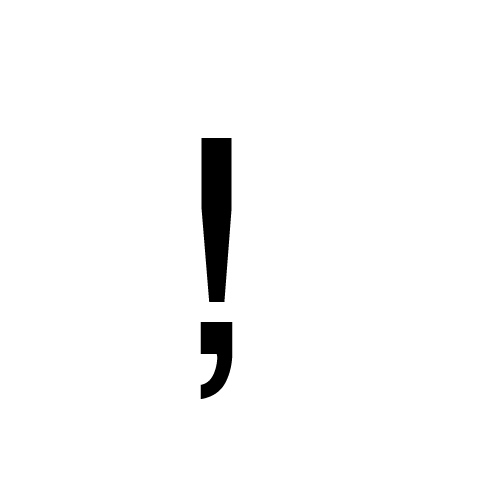 Why? Well, the mad punctuation scientists who concocted it argued that the new mutation was a tool that authors could use to “reflect spoken language or thoughts more closely.” As they asked rhetorically in their original patent, “What could an author do, for example, to indicate surprise or other strong feeling in the beginning of a particular sentence when this emotion has dissipated well before the end of the sentence is reached?”

According to them, an exclamation comma would be used like so:

(Unfortunately, the exclamation comma isn’t standard in font sets and can’t easily be used in typing.)

As devout grammarians are probably interested to know, there was never any clear indication as to whether or not the resourceful little device adhered to the other rules associated with comma usage. That’s because the always animated exclamation comma had a lifespan roughly equivalent to that of a hermit crab (and possibly because its makers were more interested in typesetting than language).

For roughly three short years its creators lobbied for its adoption, but then in 1995 their patent lapsed and, needless to say, the exclamation comma largely disappeared, only to truly surface again in recent years when pop culture sites like Buzzfeed and MentalFloss immortalized it in ‘lesser-known punctuation’ listicles.

But even its place in these viral articles hasn’t earned it the same attention and subsequent push for revival as the awesomely named interrobang.

So what do you think? Should we start a movement to bring this fossil of a punctuation mark back? Give us your opinion in the comments section below or on our Facebook or Twitter feeds.