10 Ways to Write About Nature That Aren’t Cliché 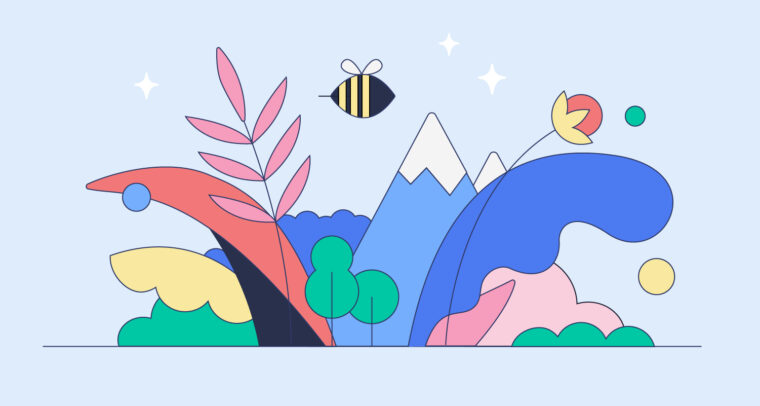 Nature has been a favorite inspirational subject for many writers throughout history. But over the years, nature’s majesty has also been reduced to common turns of phrase and even clichéd idioms—leaving readers uninspired. In general, avoiding clichéd language in your writing leads to fresher, more specific prose, giving your audience a stronger understanding of your true meaning about a topic. Especially when that topic is the natural world, vivid language can take a description from banal to brilliant.

Although there are many idioms derived from nature, here’s a list of commonly overused nature-related phrases to avoid in your writing. We also offer examples of descriptions that are more effective, whether you’re capturing nature or harnessing nature to describe something else.

This simile describes a subject whose temperature is either physically cold or whose demeanor is unfriendly or undemonstrative. Sometimes this turn of phrase is written as “ice cold.”

Alternative example:  I opened the door, and the wind was as cold as a steely examination table against my skin.

A “small world” describes encountering someone with whom you’re familiar in an unexpected place. It suggests surprise at the coincidental meeting.

Alternative example: “Chance. Stupid, dumb, blind chance. Just a part of the strange mechanism of the world, with its fits and coughs and starts and random collisions.” ―Lauren Oliver, Before I Fall

3 As many stars are in the sky

The simile “as many stars are in the sky” describes something that is numerous in quantity. It’s used to convey a boundless volume.

Alternative example: . . . as infinite as the grains of sand in the Sahara.

>>Read More: How to Learn New Words While You’re Writing

“As white as snow” conveys a very bright shade of white that has no hint of other colors.

Alternative example: “He just wanted to stand close to her, touch her hair that was white as glacier milk . . .” ―Janet Fitch, White Oleander

When writers use the idiom “busy as a bee,” it suggests someone or something that’s involved in numerous, purposeful activities.

Alternative example: . . . as busy as an ant colony preparing for winter.

6 Out of the woods

The expression “out of the woods” describes being free from danger. It’s used when writing about a person who’s found safety from a perilous situation or place.

Alternative example: “The rain fluctuates between drizzle and torrential. It messes with your mind. It makes you think things will always be like this, never getting better, always letting you down right when you thought the worst was over.” ―Susane Colasanti, Waiting for You

7  Beat around the bush

“Beat around the bush” is an idiom that suggests intentionally avoiding discussing something that’s important, and instead talking about inconsequential topics.

Alternative example: . . . like a drunken bee avoiding a straight path.

8 Grass is always greener on the other side

Writing that the “grass is always greener on the other side” captures how an unknown situation seems better than or superior to one’s current situation. The metaphor suggests that people always assume they’ll be happier with what they don’t have.

Alternative example: “And it certainly did seem a little provoking (‘almost as if it happened on purpose,’ she thought) that, though she managed to pick plenty of beautiful rushes as the boat glided by, there was always a more lovely one that she couldn’t reach.

“The prettiest are always further!’ she said at last, with a sigh at the obstinacy of the rushes in growing so far off.” ―Lewis Carroll, Through the Looking-Glass

9 Stick in the mud

A “stick in the mud” is someone who has old-fashioned ideals and doesn’t enjoy trying new things. This person slows the momentum and enthusiasm of others around them.

―Catherynne M. Valente, The Girl Who Soared Over Fairyland and Cut the Moon in Two

10 When it rains it pours

To describe multiple unfortunate events within a short period, some writers use the idiom, “when it rains it pours.”

Alternative example: “He had noticed that events were cowards: they didn’t occur singly, but instead they would run in packs and leap out at him all at once.” ―Neil Gaiman, Neverwhere

Whether you’re writing an essay, a fictional short story for school, or a letter, incorporating natural imagery through fresh, original description can be a vibrant way to capture your reader’s attention.