How to Write a Hypothesis in 6 Steps 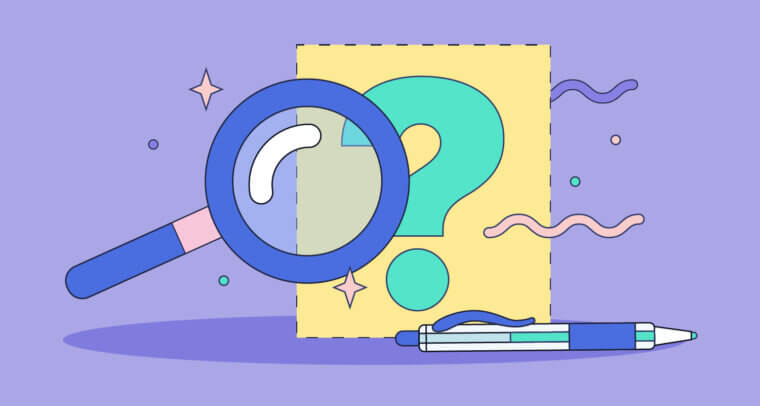 A hypothesis is a statement that explains the predictions and reasoning of your research—an “educated guess” about how your scientific experiments will end. As a fundamental part of the scientific method, a good hypothesis is carefully written, but even the simplest ones can be difficult to put into words.

Want to know how to write a hypothesis for your academic paper? Below we explain the different types of hypotheses, what a good hypothesis requires, the steps to write your own, and plenty of examples.

Write with confidence
Grammarly helps you polish your academic writing


What is a hypothesis?

One of our 10 essential words for university success, a hypothesis is one of the earliest stages of the scientific method. It’s essentially an educated guess—based on observations—of what the results of your experiment or research will be.

If you’ve noticed that watering your plants every day makes them grow faster, your hypothesis might be “plants grow better with regular watering.” From there, you can begin experiments to test your hypothesis; in this example, you might set aside two plants, water one but not the other, and then record the results to see the differences.

The language of hypotheses always discusses variables, or the elements that you’re testing. Variables can be objects, events, concepts, etc.—whatever is observable.

Hypotheses determine the direction and organization of your subsequent research methods, and that makes them a big part of writing a research paper. Ultimately the reader wants to know whether your hypothesis was proven true or false, so it must be written clearly in the introduction and/or abstract of your paper.

7 examples of hypotheses (with examples)

Depending on the nature of your research and what you expect to find, your hypothesis will fall into one or more of the seven main categories. Keep in mind that these categories are not exclusive, so the same hypothesis might qualify as several different types.

A simple hypothesis suggests only the relationship between two variables: one independent and one dependent.

A complex hypothesis suggests the relationship between more than two variables, for example, two independents and one dependent, or vice versa.

A null hypothesis, abbreviated as H0, suggests that there is no relationship between variables.

A logical hypothesis suggests a relationship between variables without actual evidence. Claims are instead based on reasoning or deduction, but lack actual data.

What makes a good hypothesis?

No matter what you’re testing, a good hypothesis is written according to the same guidelines. In particular, keep these five characteristics in mind:

Hypotheses always include a cause-and-effect relationship where one variable causes another to change (or not change if you’re using a null hypothesis). This can best be reflected as an if-then statement: If one variable occurs, then another variable changes.

Most hypotheses are designed to be tested (with the exception of logical hypotheses). Before committing to a hypothesis, make sure you’re actually able to conduct experiments on it. Choose a testable hypothesis with an independent variable that you have absolute control over.

Define your variables in your hypothesis so your readers understand the big picture. You don’t have to specifically say which ones are independent and dependent variables, but you definitely want to mention them all.

Writing can easily get convoluted, so make sure your hypothesis remains as simple and clear as possible. Readers use your hypothesis as a contextual pillar to unify your entire paper, so there should be no confusion or ambiguity. If you’re unsure about your phrasing, try reading your hypothesis to a friend to see if they understand.

It’s not always about what you can test, but what you should test. Avoid hypotheses that require questionable or taboo experiments to keep ethics (and therefore, credibility) intact.

How to write a hypothesis in 6 steps

Curiosity has inspired some of history’s greatest scientific achievements, so a good place to start is to ask yourself questions about the world around you. Why are things the way they are? What causes the factors you see around you? If you can, choose a research topic that you’re interested in so your curiosity comes naturally.

Next, collect some background information on your topic. How much background information you need depends on what you’re attempting. It could require reading several books, or it could be as simple as performing a web search for a quick answer. You don’t necessarily have to prove or disprove your hypothesis at this stage; rather, collect only what you need to prove or disprove it yourself.

4 Phrase it as an if-then statement

When writing a hypothesis, it helps to phrase it using an if-then format, such as, “If I water a plant every day, then it will grow better.” This format can get tricky when dealing with multiple variables, but in general, it’s a reliable method for expressing the cause-and-effect relationship you’re testing.

5  Collect data to support your hypothesis

A hypothesis is merely a means to an end. The priority of any scientific research is the conclusion. Once you have your hypothesis laid out and your variables chosen, you can then begin your experiments. Ideally, you’ll collect data to support your hypothesis, but don’t worry if your research ends up proving it wrong—that’s all part of the scientific method.

Last, you’ll want to record your findings in a research paper for others to see. This requires a bit of writing know-how, quite a different skill set than conducting experiments.

That’s where Grammarly can be a major help; our writing suggestions point out not only grammar and spelling mistakes, but also new word choices and better phrasing. While you write, Grammarly automatically recommends optimal language and highlights areas where readers might get confused, ensuring that your hypothesis—and your final paper—are clear and polished.