The Basics of Clauses in English 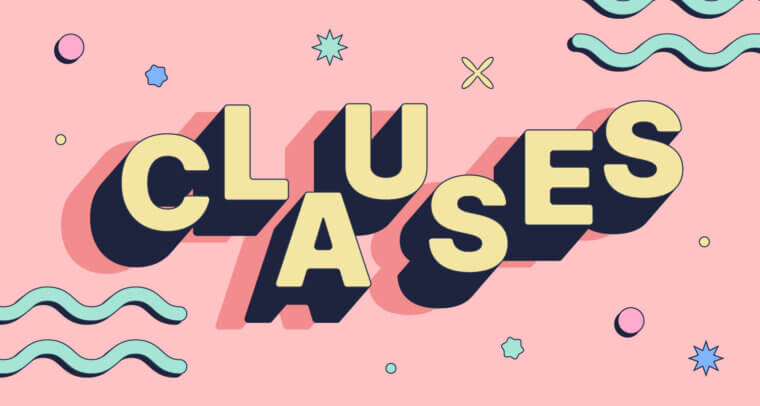 A clause is a group of words that contains a subject and a verb that have a relationship. This relationship is crucial; a clause conveys information about what that subject is or is doing, rather than simply being a random grouping of words. Because a clause expresses an action or a state of being, a clause can often—but not always—function as an independent sentence.

A sentence can have just one clause or it can have multiple clauses. The only defining characteristic of a clause is that it must contain a related subject and verb. Clauses play a variety of roles in English and because of this, there are numerous ways to structure and combine them.

Although you use clauses in your speech and writing every day, it can be easy to overlook the intricacies of clauses in English. Read on to learn how clauses are classified, the roles clauses play in sentences, how to combine clauses to express your thoughts, and the difference between independent and dependent clauses.

In this example, the clause can be an independent sentence. It can also be part of a complex sentence. For example:

How do clauses in English work?

Clauses can perform three distinct functions: They can operate as adverbs, adjectives, or nouns.

Here’s an example of a noun clause:

In this example, everything he said is a dependent clause that acts as a noun because it communicates the specific “thing” that she, the subject of the sentence, understands. Everything he said can be replaced with his explanation and the sentence still makes perfect sense:

To test whether a clause is a noun clause, try swapping it out for a noun. If your sentence still makes sense, you’ve got a noun clause. Here are two more examples of noun clauses illustrated through swapped-in nouns:

An independent clause is a clause that can stand on its own as a distinct sentence. Take a look at these examples:

Take a look at these three sentences and see if you can pick out the differences between the first two and the last one.

How to combine clauses

As you can see in these examples, when the dependent clause comes first, it needs to be followed by a comma.

Subordinating conjunctions aren’t the only way to add a dependent clause to a sentence. Dependent clauses can also start with relative pronouns or relative adverbs.

Relative adverbs include where, when, how, and why. Here are a few relative adverb-led dependent clauses at work:

Go beyond the basics of clauses

How can you tell if you’re creating and combining clauses effectively? Give your written work a run-through with Grammarly. Our writing suggestions catch syntax mistakes, awkward phrasing, and even whether your tone is working for the kind of writing you’re doing.

You don’t have to guess whether you’re using certain words correctly or breaking grammar rules in your writing. Just copy and paste your writing to check your grammar and get instant feedback on grammar, spelling, punctuation, and other mistakes you might have missed.

This article was originally written in 2016 by Shundalyn Allen. It’s been updated to include new information.