When to Capitalize Specific Periods and Events 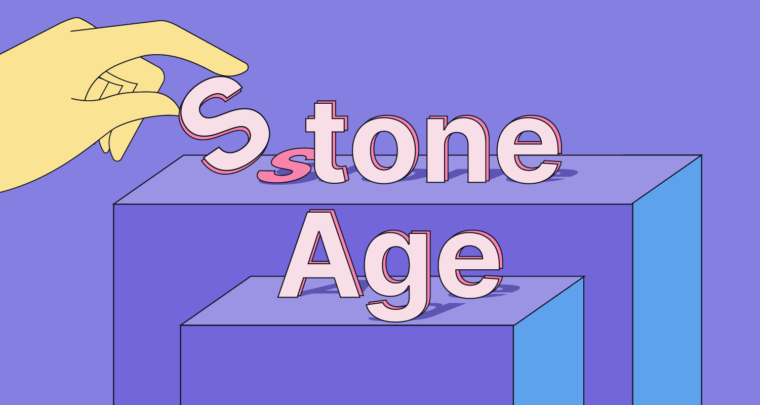 Below, we explain the capitalization rules for history, as well as when to capitalize periods and events and when not to, with plenty of examples.

Capitalization for archaeological and geological periods

Archaeological and geological periods are capitalized when referred to by name, as in these examples:

Notice that both words are capitalized in the names of these time periods because they’re proper nouns.

Keep in mind that ages can also be used generally when they do not refer to a specific period of time, but rather to a broad description of conditions that can be attributed to different times.

For example, when we talk about the Ice Age, we’re referring to the specific period of time from about 115,000 to 12,000 years ago. Because it’s specific, we capitalize it. However, there were other ice ages. When we talk about ice ages in general, we don’t capitalize them because they’re not proper nouns.

There were many ice ages before the Ice Age.

In the Stone Age, everyone used stone-age tools.

Capitalization for historical periods named after a proper noun

To refer to a period of time in human history that focuses on a specific person, nationality, or culture, capitalize the proper noun but not the name of the period. Follow the same rules for the capitalization of countries, nationalities, and languages.

Why is this different from archaeological and geological periods? In the sciences, the geological periods are official, so terms like era and age are part of the name. But it’s worth noting that some style guides disagree on this point. For instance, the Chicago Manual of Style says, “The generic terms ‘eon,’ ‘era,’ and the like are lowercased or omitted immediately following a formal name.” So in Chicago, it would be “the Mesozoic era,” etc. However, periods named after people or cultures are less official and more general—the only reason they’re capitalized at all is because of the proper noun.

Rules for capitalization of periods and events

The basic rule for the capitalization of periods and events is to capitalize specific names but not general terms.

If a general time period uses a proper noun, capitalize only the proper noun. Typically, these refer to periods of human history, as opposed to geological and archaeological periods, in which words like era or age are part of the name.

However, some periods of human history have “official” names. If words like era or age are part of their formal name, they’re also capitalized.

the Age of Exploration

The nicknames for periods of human history also count as formal names, so they, too, are capitalized.

General time periods, such as decades and centuries, are not capitalized unless they’re referred to by a specific name.

the trial of the century

When it comes to historical events, capitalization becomes more complicated. The basic rule still applies: Capitalize the name of a specific historical event, but don’t capitalize events used in a general sense.

Keep in mind that the names of historical events follow the same rules as capitalization in titles. Articles, conjunctions, and prepositions are not capitalized unless they’re the first word.

the Siege of Baghdad

the Battle of the Ten Kings

the Anarchy at Samarra

When not to capitalize

When writing, people come across the same problems with capitalizing historical periods and events. Below are some of the most common questions we’ve been asked about capitalization, along with their correct answers. If your specific question isn’t here, go ahead and use our free grammar checker.

The word history is capitalized only when it’s part of a proper noun, such as a museum name or the title of a specific class.

I love history, so I joined the History 101 class when it went to the National Museum of American History.

The word medieval is not capitalized. It is used as an adjective, not a proper noun. It still follows the normal rules of capitalization, though, so you would capitalize it as part of a title, as in The Book of Medieval Art.

The most famous renaissance was probably Europe’s Renaissance.

The phrase civil war is not capitalized when used in the general sense. However, if you’re referring to a specific civil war by name, then it is capitalized.

Many civil wars erupted during the Arab Spring, and the Syrian Civil War is ongoing.

When should you capitalize a time period or event?

Time periods and events are capitalized when they refer to specific periods or use proper nouns in their titles, e.g., the Roaring Twenties or the American Civil War.

When should you not capitalize a time period or event?

Time periods are not capitalized when they refer to nonspecific events or a general time period, such as centuries and decades, e.g., the twenties or a civil war.

What are some examples of historical periods that should be capitalized?

Any historical period with a formal name is capitalized, such as the Industrial Revolution or the Meiji Restoration.

What are some examples of historical periods that should not be capitalized?

General time periods, including decades and centuries, are not capitalized, such as the eighties or the twentieth century.