If you take a type of flatbread, like a tortilla or pita, put a bunch of sandwich ingredients on it, and roll it up before eating it, you’d get what is nowadays called a wrap. If the ingredients you used don’t work well together, you’d get a wrap that isn’t good—a bad wrap. If you make a delicious wrap but leave it outside for a long period of time, you’d get a wrap that’s gone bad. But with no combination of flatbread, sandwich ingredients, and nonoptimal exposure to room temperature could you get the thing you’re most likely looking for here—a bad rap. And no, we’re not talking about a basement demo made by someone with a clear and obvious lack of skill—we’re talking about the bad rap you hear about in crime movies. 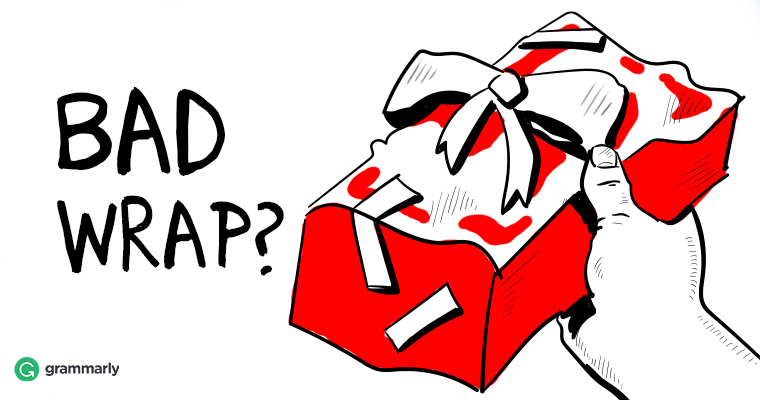 A bad rap is a phrase we use when we want to say that someone or something was on the receiving end of an unjust criticism, punishment, verdict, or opinion: They don’t even like the supposedly eco-friendly ones because most contain DHA, a sugar-derived chemical that got a bad rap a couple of years ago when a possible link was made between it, asthma, certain cancers and, in a very few instances, skin rashes. — The Telegraph

Confessional writing often gets a bad rap. People call it self-absorbed, solipsistic, self-indulgent. Who wants to hear another 30-year-old going on and on about her damage? — The Guardian

New York City pigeons get a bad rap. But for every Woody Allen, who dismissed them onscreen as “rats with wings,” there’s a Nikola Tesla, who fell in love with a female bird that flew into his room at the St. Regis. —The New Yorker

It is also common to find the phrase bum rap, used to the same effect: Bowles recently sat down with THR to talk about why controversy pays off, how Lars von Trier got a bum rap at Cannes and why he bolted from his job at Miramax after encountering the wrath of Harvey Weinstein. —The Hollywood Reporter

Plus, there’s always bad rep, which means bad reputation , which might have a meaning similar to that of bad rap: Neither Grospierre nor Chadwick shy away from explaining why Brutalism gets its bad rep. Moreover, they both suggest criticism levied against the aesthetic is often valid. —CNN

Origin of the Word “Rap”

The rep in bad rep and the rap in bad rap are not different spellings of the same word. Rep is a shortened form of the word reputation, while rap has a longer origin story. Rap came into the English language around the fourteenth century as an onomatopoeic word, much like clap or slap, and it meant “a quick blow.” In the eighteenth century, the word was used as a part of the phrase “to rap someone’s knuckles,” a euphemism for light punishment. A short time later, people began using rap to mean “responsibility,” “blame,” and “rebuke,” which brought the meaning of the word closer to the sense in which it’s used today. The word became associated with criminal indictments in the early twentieth century.