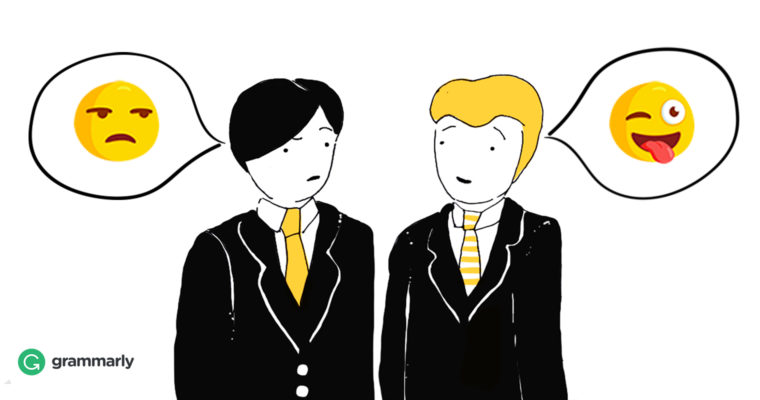 Whether you love them or hate them, you have to admit, emojis have taken over. Following the latest update by the Unicode Consortium, the body that dictates language on digital devices, there are now 1,085 officially-recognized emojis in circulation. Five years after their introduction in the United States, emojis have started to dominate messaging and social media apps. Swyft estimates that 6 billion of the emotion pictures are sent in messaging apps every day, and Instagram reports that over half of all Instagram posts include at least one emoji.

We can all agree they’re popular, but here’s a different question: do emojis count as language, modern hieroglyphics, or some other form of pictorial communication?

What Makes a Language?

It can be difficult to decide when a new mode of communication is a “language” rather than a dialect within a larger linguistic landscape. Often, things considered by some as discreet languages are in fact creoles or dialects that do not differ enough to branch completely from parent languages. However, as with many aspects of culture, new innovations emerge, and occasionally these are distinguished as entirely new languages.

According to Johanna Nichols, former professor of linguistics at UC Berkeley, the gold standard for distinguishing languages is “mutual intelligibility.” In other words, if a speaker of one language and a speaker of another try to converse, will they understand one another? If the answer is “yes,” the second speaker is using some sort of dialect. If the answer is “no”, that person has created or adopted a new language.

However, the mutual intelligibility concept doesn’t always provide a clear picture of how languages relate to each other, since some dialects seem more different from each other than certain groups of languages do. For example, Americans might have trouble understanding Southeast Asian pidgin English speakers, but Spanish speakers might catch the gist of something said in Portuguese. Also, this does not help us to determine whether an entirely new communicative system is, in fact a language. Are emojis merely images that might be interpreted differently by different groups of people? Or are they universal?

If you’re interested in learning more about how languages become officially recognized, check out this list of books on the evolution of English.

Communicative System vs. Hieroglyphics vs. Language

Before we get to emojis as language proper, let’s debunk one misconception—emojis are not hieroglyphics. Although they may represent a shift back toward more representative characters, they function very differently from hieroglyphics. As prominent Internet linguist Gretchen McCulloch pointed out in a recent SXSW presentation on the subject, language has moved from more concrete characters to less concrete versions, allowing humans to communicate abstract concepts.

Unfortunately, most signs point to emojis lacking the characteristics of a true language. For example, when given a string of emojis, two people will not always interpret them the same way. Additionally, emojis cannot be conjugated or combined in ways that function like a true linguistic system, meaning that, although they are a helpful bunch of symbols, they aren’t “a particular, conventionalized system for representing abstract meaning, like English or Japanese or ASL.”

One thing is for certain: emojis are a communicative system. They allow people to communicate emotions, actions, or impressions that they don’t feel they can express in text. The Oxford English Dictionary supports this analysis of emojis, and cites it as the reason they made the “tears of joy” emoji their Word of the Year in 2015.

If you adhere to the strictest definition of language, emojis definitely do not make the cut. However, if you define a language as “a system of words or signs that people use to express thoughts and feelings to each other,” emojis have a chance. Whether or not they can replace English or any other formal language, emojis have evolved into a meaningful communicative system, allowing users worldwide to express feelings, thoughts, and ideas in new visual ways.

It may be some time before a major linguistic authority like Merriam-Webster or the OED comes to a definitive verdict about emojis as a distinct language. In the meantime, it’s interesting to track patterns in our usage of emojis. Are we using them instead of words? To replace phrases? As simple visual aids to our written texts?

Whether or not emojis are a language in their own right, they represent an interesting and deeply entertaining evolution of language worldwide. And that’s not a bad thing. ?