5 Idioms and Their Fascinating Origins 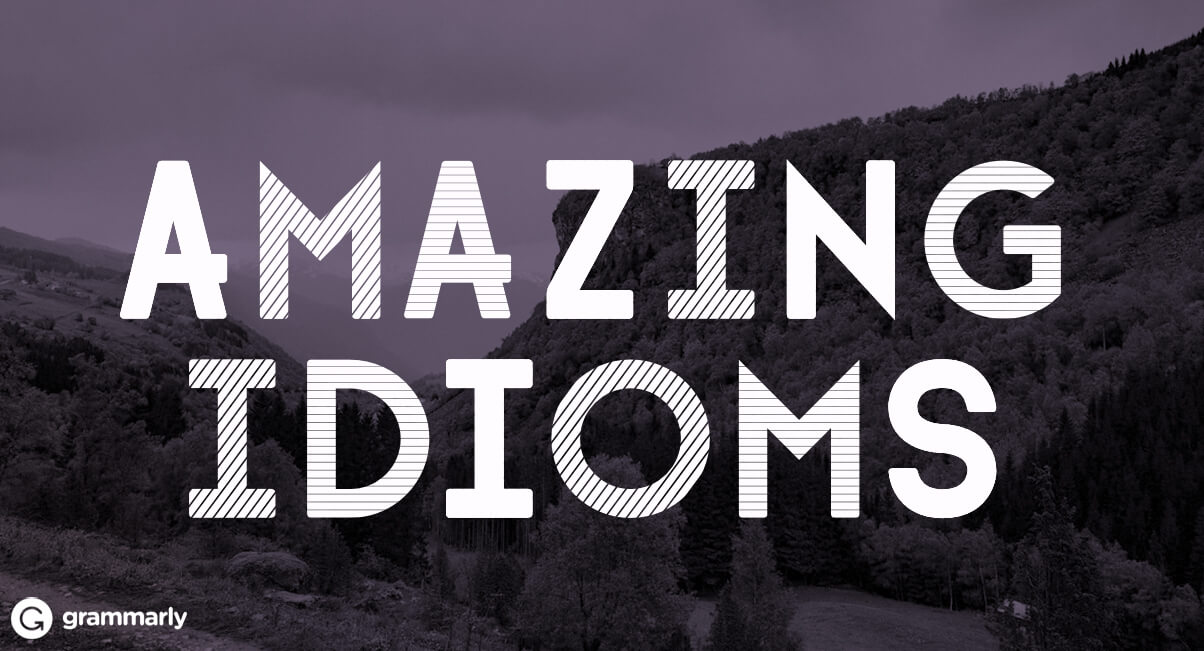 Would you like to spend the rest of your life as happy as a clam? Of all living creatures, why are clams associated with high spirits? Dogs are known to produce facial movements resembling smiles. Cats purr when they are content. Baby animals romp, prance, and play with apparent enjoyment. What do clams do that makes them the epitome of happiness? Let’s explore the interesting origins of five idioms, beginning with the one about these glad mollusks.

Happy as a clam

The term clam is applied to bivalve mollusks, organisms that have a soft body protected by two hard shells. There are thousands of types of clams. Some are as small as a grain of sand, while the giant clam can grow to over four feet across and weigh over five hundred pounds! To the delight of shell collectors, clam shells also vary in color. As well as having diverse characteristics, clams are susceptible to a diverse array of predators, including eels, starfish, sea snails, and humans. Not contented with a simple bowl of clam chowder, New Englanders invented the clam bake. They bake dozens of clams and other morsels from the sea in a pit of hot stones and seaweed. The clams are then devoured along with potatoes and sweet corn. You would think that with so many creatures trying to eat them, clams would be associated with fear or danger rather than happiness!

The key to understanding the expression happy as a clam lies in their habitat. Clams live in both freshwater and saltwater habitats. They spend most of their time burrowed under the sand or mud. At low tide, it’s relatively easy to dig clams from their hiding places. When the water is high, it’s more difficult to find them. Therefore, clams are “happiest” when they’re least likely to be dug up and turned into a pasta dish. In fact, the full expression, published in an 1841 edition of Bangor Daily Whig and Courier, was “happy as a clam at high tide.”

If you saw a dead ringer for Brad Pitt at the mall, how would you react? Don’t run over for an autograph. A dead ringer is a person who closely resembles someone else—so a dead ringer for Brad Pitt is a lookalike, not the genuine article. How did this expression get its start? Well, ringer is a horse racing term. Bookies took bets on whether horses would win or lose a race based on their reputation. By replacing a frequent winner with a slower stand-in, the owners of the horses could defraud the bettors. In time, the term ringer came to represent anything closely resembling something else.

What about the dead part of the phrase? Don’t worry; no horses have to be killed to explain this expression. Dead, in this case, means precise or exact. For example, you can hit a target dead center if you are a dead shot. So dead ringers are simply very close matches of the original. In an early reference, the Oshkosh Weekly Times quoted an alleged drunk in June 1888, who used the phrase to describe a photograph of himself: “Dat ar is a markable semlance be shoo. Dat’s a dead ringer fo’ me. I nebber done see such a semblence.”

Though no source seems perfectly certain about the origin of this idiom, the consensus points to wartime medical treatment. Before anesthesia was invented, surgery was performed on conscious patients. An amputation or a removal of a bullet from the body caused extreme pain for the patient. To ease the discomfort as much as possible, patients would drink whiskey and bite down on a lead bullet. Though this did not diminish the pain much, it did cut down on screaming and gave patients something to do while the surgeon did his cutting. Why bullets? For one thing, they were readily available. For another, they were made of lead, a soft metal that was unlikely to break the patient’s teeth. Now, English speakers bite the proverbial bullet whenever they confront an undesirable situation but press on and endure it.

Heard it through the grapevine

“I bet you’re wonderin’ how I knew ’bout your plans to make me blue…Don’t you know that I heard it through the grapevine…” In this famous song, Marvin Gaye credits the grapevine as the source of his information. Though the Motown tune was released in the 1960s, the expression heard it through the grapevine originated in the 1800s. Grapevines have tendrils that dangle in coils, entwined with other grapevines in a large network. Therefore, spreading gossip through a network of individuals, person to person, was using the grapevine telegraph. Although the telegraph is virtually extinct as a means of popular communication, the gossip grapevine is as alive and well as it ever was.

This idiom is quite old. It appears in Grose’s Dictionary of the Vulgar Tongue, published in 1785. Kick the bucket means to die. If you have ever literally kicked a bucket and survived, you may wonder how this expression became associated with death. One explanation, though not supported by much evidence, seems plausible. To commit suicide, a person who stood on a bucket while wearing a noose could then kick the bucket away in order to fall and die.

Consider another theory. In the sixteenth century, a bucket referred to a wooden yoke used to carry objects. In particular, dying pigs were suspended from buckets, or beams, when they were to be slaughtered. The expression could come from their kicking and squealing attempts to escape death. If that explanation doesn’t seem to hold water, perhaps finding more evidence is a task for your bucket list!

In fact, the origins of many idioms are shrouded in mystery. Some theories sound reasonable, but lack solid evidence. Did you notice the other idioms in this article? Why not do some research about their origins? You might be surprised by how the idioms came about and how they evolved over the years. Leave no stone unturned!