Double Negatives: 3 Rules You Must Know 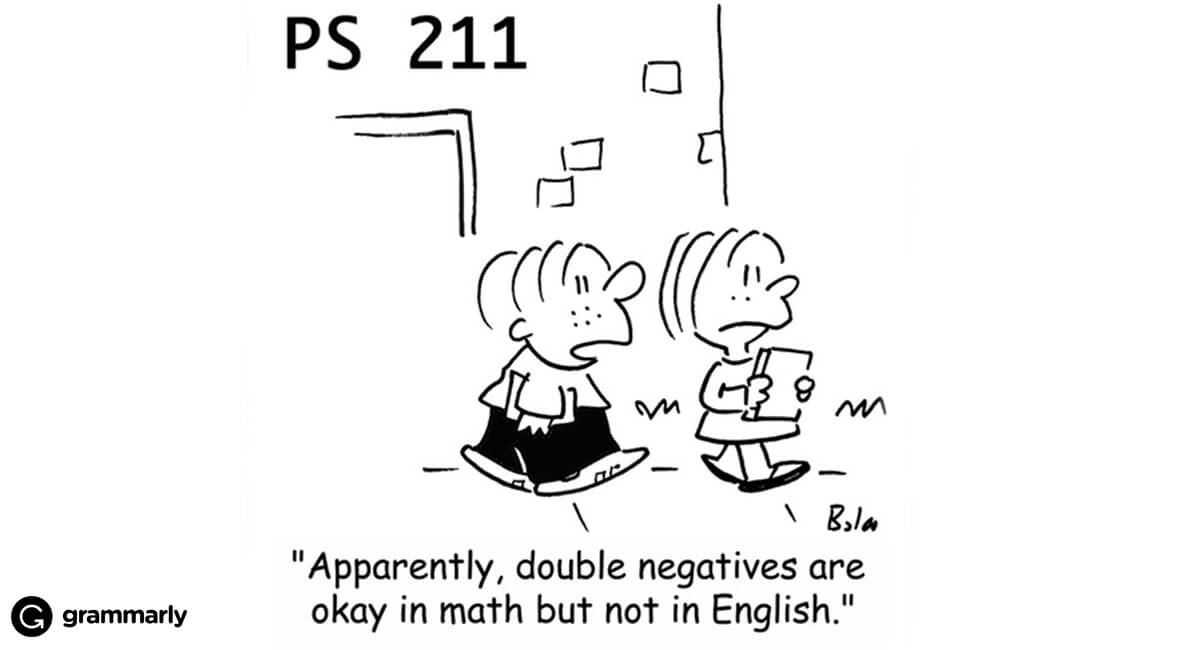 You probably have been told more than once that double negatives are wrong and that you shouldn’t use them. However, usually, it’s left at that — without any explanation of what exactly a double negative is or why it’s considered incorrect (in standard English). We want to fix that. Here is the essential list of things you must understand about double negatives.

1 In standard English, each subject-predicate construction should only have one negative form.

Negative forms in English are created by adding a negation to the verb.

Sometimes there are negative forms of nouns — such as “nowhere,” “nothing,” and “no one” — that are used. If these are in a sentence, it is important that the verb in the sentence is not negated.

2 A double negative is a non-standard sentence construction that uses two negative forms.

Double negatives are created by adding a negation to the verb and to the modifier of the noun (adjectives, adverbs, etc.) or to the object of the verb.

3 Learning standard English negation is difficult because many languages and some English dialects use double negatives conventionally.

Though it’s easy to assume that double negatives are simply unnatural aberrations, this assumption is wrong. In many languages worldwide, it is grammatically incorrect to use anything but the double negative! (This is called negative concord.)

To make it more complicated, it’s not just foreign languages that conventionally employ double negatives but some dialects of English do as well! African American Vernacular English (AAVE), Southern American English, and some British regional forms use negative concord constructions. Negative concord is even used several times in Chaucer’s Canterbury Tales. (For example, a line about the Friar, “Ther nas no man no wher so vertuous,” literally means “there wasn’t no man nowhere as virtuous.”)

So, while double negatives are not correct in standard English, that doesn’t make them any less useful in other dialects. We encourage writers to learn how to negate sentences using the standard grammar — especially for professional settings — but we love the diversity of English (and language in general) and think that use of dialectal grammar is fine in open, less formal environments.