How to Create Sharp Angles in Your Writing 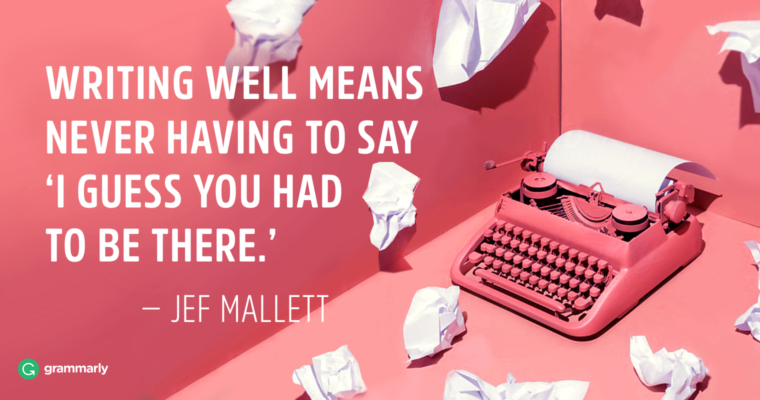 This assignment should be no problem. In fact, it’ll be a blast. What could go wrong? Suppose for a moment that all you have to do is write a children’s song about otters.

The trouble is, there are so many scintillating facts about otters that it’s hard to know where to begin. Do you start with general info—that they’re highly adorable four-legged carnivorous swimmers? Or do you zero in on something more specific?

You could focus on a single nifty detail, like how sea otters’ dense, nearly waterproof fur traps air for insulation, keeping them snug even in cold Pacific waters. Or you could sing about how groups of river otters ward off predators like crocodiles by relentlessly yelling at them.

Choose well, because you’ll only have so much time to hook your audience before their minds drift. For rapper Aesop Rock, the way a swimming otter can use its belly as a table, munching a tasty meal while backstroking, proved irresistible. The result is the one-of-a-kind “My Belly.”

Whether you’re working on a presentation, a blog post, a rap, or a cover letter, cracking into a new piece of writing is tough. When your subject is broad and multifaceted, where to start rarely feels obvious. You need a way in, a distinct perspective, an angle. This is what differentiates your piece from a generic overview. There might be others like it, but this one is yours.

So what’s your angle?

There are a few questions to consider when deciding your angle:

Properly calibrating that last item is essential. You want people to feel surprised and curious within the first sentence or two, not lost or confused. You certainly don’t want to bore folks with an intro inanely reminding them that otters are mammals, just as you’d prefer not to torpedo your next job application by opening your cover letter with “I hope you hire me.”

A test that editors sometimes use is the question, “What part of this would be most important or exciting to tell your grandmother?” The answer can reveal a lot about your angle. (If the result feels awkward, substitute the grandmother for “friends on a Friday night,” or “hiring committee” as needed.)

The angle needn’t always be spelled out in your final draft, but for journalists, it points to the first and most important sentence from which all else flows: the lede. (That spelling apparently arose to distinguish the term from the the lead type used in old-timey newspaper presses, although some argue its usage stems more from lore than actual history.)

You’ve likely heard of this as the who-what-when-where-why approach to news writing, but it’s a helpful thought process in many other fields as well. Michelle Nijhuis, who writes for National Geographic and edited the indispensable Science Writers’ Handbook, cautions it’s best not to overthink this part early on.

As you outline, don’t let the specific language of the lede hold you up. If you start fiddling, try SciLancer Stephen Ornes’s technique: ‘I write a dummy lede—basically, the most banal and uninteresting introduction to the piece—just to get it over with temporarily. Then, after I’ve written about half the first draft, I can go back and improve the lede.’

Most news stories make a promise of what the story will contain with their lede and then deliver on that promise with more details, context, and quotes further down. Any information that’s not pertinent to the lede tends to get cut or saved for another day.

To sharpen your angle, tighten your focus. A helpful planning exercise is to ask whether you’re writing about a topic or telling a story. Here’s an illustration of how such a conversation might go:

WRITER: I wanna write about childhood.

WRITER: It’s funny how we see our parents differently once we’re grown up.

EDITOR: You’re gonna have to be more specific.

WRITER: It’s much easier to understand my dad’s actions now that I know what a hangover is.

EDITOR: You could say the same about me. Keep talking.

WRITER: Like this time he was watching a golf video, working on his swing in the living room, and took out an overhead light, and rained glass all over the carpet.

It’s difficult to directly tackle a topic in a way that doesn’t feel bland or unwieldy. By contrast, stories offer endless avenues for invention and allow room for some writerly personality. They’re often more memorable.

For instance, suppose your task is to write a few thousand words about sinkholes in Florida. Taking this as a head-on topic might mean starting with some forgettable statistics, alongside sterile facts about geologic processes. Meh. Instead, New Yorker writer David Owen opts to begin with a story:

In the fall of 1999, much of Lake Jackson—a four-thousand-acre natural body of water just north of Tallahassee and a popular site for fishing, waterskiing, and recreational boating—disappeared down a hole, like a bathtub emptying into a drain. Trophy bass became stranded in rapidly shrinking eddies, enabling children to catch them with their hands and toss them into picnic coolers, and many of the lake’s other fish, turtles, snakes, and alligators vanished into the earth.

It’s worth noting that where reporters covering hard news traffic in ledes, longform feature writers sometimes employ a nut graf or billboard—a concise explanation of what makes the subject worth caring about.

Nut grafs traditionally appear near the end of an opening section, but they don’t always make it into the final product. Sometimes they’re just a helpful tool for condensing your thoughts and feeling out your angle as you mash out an early draft. Don’t be afraid to write one, Nijhuis says, and take it out once you’re nearly finished.

She also cautions against burning up all your best material too early; remember to save some excitement to help you draw readers through the middle to a rewarding conclusion:

While we obsess about beginnings, we often don’t spend enough time sculpting our endings, or kickers, and that’s too bad. Endings are our last word to the reader, and often what readers will remember most. I like to end with a small scene that serves as a coda to the rest of the story, but there are infinite possibilities: consider powerful quotes, pithy observations, or just a strong statement in your own voice.

Just as a well-considered angle lights the way into a piece of writing, it helps inform how you finish it. Know where you’re coming from and what you’ll deliver to readers, and the path forward will shine that much brighter.

Writing TipsWhat Is Logos? History, Definition, and Examples
Writing, grammar, and communication tips for your inbox.