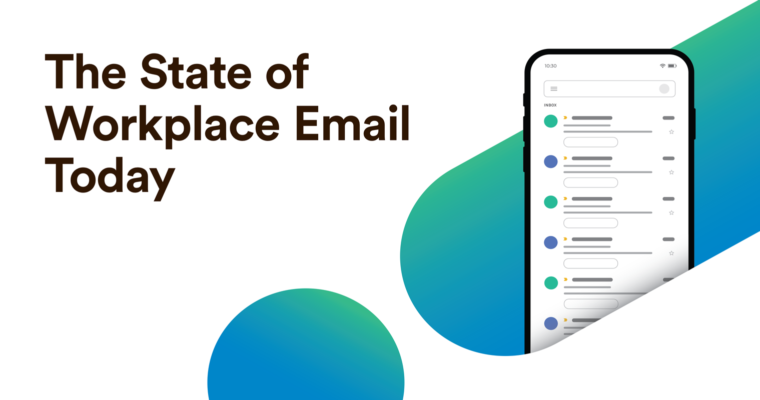 When chat functions began taking over workplace communication, many experts believed email would become obsolete by as early as 2020. But it’s 2019, and email is still a huge part of professional life. We were curious about what’s going well with email—and what remains a struggle after all these years—so we turned to people we know spend time writing for work: our community.

In this first major survey of Grammarly users, we asked about concerns large and small: How many times do you read an email before constructing a response? Have you ever been embarrassed by an email you’ve sent? We dove into questions about informality and critiques about being too harsh. And asked the question on everyone’s mind: How many exclamation points should you use at work?

What we learned was fascinating, and we’re very excited to share the findings in our State of Workplace Email Today report. Below you’ll find a few highlights and key insights. For more findings and breakdowns, you can dig into the full report here.

Email is inescapable, wearying, and high-stakes.

One thing we heard loud and clear: workers still feel reliant on email—and they have honest concerns about their written communication.

Only 6 percent of respondents felt strongly that they could complete their work duties without email.

Nearly 3 out of 4 people reported concerns about spelling or grammatical errors—and those are by no means the only stressors:

The result? Almost nobody is confident about sending perfect emails: 93 percent of respondents said they make regular email faux pas. Only 7 percent were bold enough to select “My emails are flawless.”

Too harsh: Striking the right tone is a challenge.

More than half of people worry about using an appropriate tone in the workplace. After all, navigating the modern workplace is complex. Colleagues represent a range of cultures and identities—and often don’t even share the same physical location. The potential for misunderstanding an email is compounded by biases, mismatched context, and lack of in-person cues.

How excited should we be at work?

We also asked our community to weigh in on the great exclamation point debate and saw a trend emerge along age lines:

Who feels confident about pressing send? Almost no one.

More than half of respondents read their email drafts 2–4 times before pressing send.

Even when someone reads an email multiple times, they still might not be confident in the message. Almost one-third of respondents use the “unsend” function to pull back an email after sending and take one more shot at getting it right.

Communicating effectively in a professional setting is a struggle for many workers. Getting to the point where an email feels clear, clean, and context-appropriate enough to send can be an arduous task.

At Grammarly, we recognize that effective communication can be difficult and that people may need support in saying what they mean. We also know that written communication is central to achieving personal and professional objectives and goals. It’s vital that people can find support to feel confident that everything they write, wherever they write it, communicates what they intend.