Whisky vs. Whiskey: What’s the Difference?

As spelling mistakes go, you can do a lot worse than mixing up whisky and whiskey. Spelling mistakes can be embarrassing and funny, and there are always those that can get you into trouble. Using the incorrect form of the word whiskey is a mistake that will largely pass unnoticed unless you count liquor aficionados among your readers. Then you’ll take some flak, because whisky and whiskey might refer to the same kind of spirit, but they shouldn’t be thrown around without a care.

Whiskey or whisky—How to spell it?

Both spellings of the word, whiskey and whisky, are correct. The tricky part is matching the right spelling with the right country of origin. If you’re talking about a drink that’s been made in Scotland, Canada, or Japan, use the spelling without the e—whisky. When referring to drinks distilled in the United States or Ireland, use the e—whiskey. When pronouncing the words, you wouldn’t notice the difference, but it is apparent in writing:

I had a glass of Yamazaki whisky last night; it was OK, but it’s no Tennessee whiskey.

The difference also carries on into the plural. For whiskey, the plural is whiskeys. For whisky, it’s whiskies. 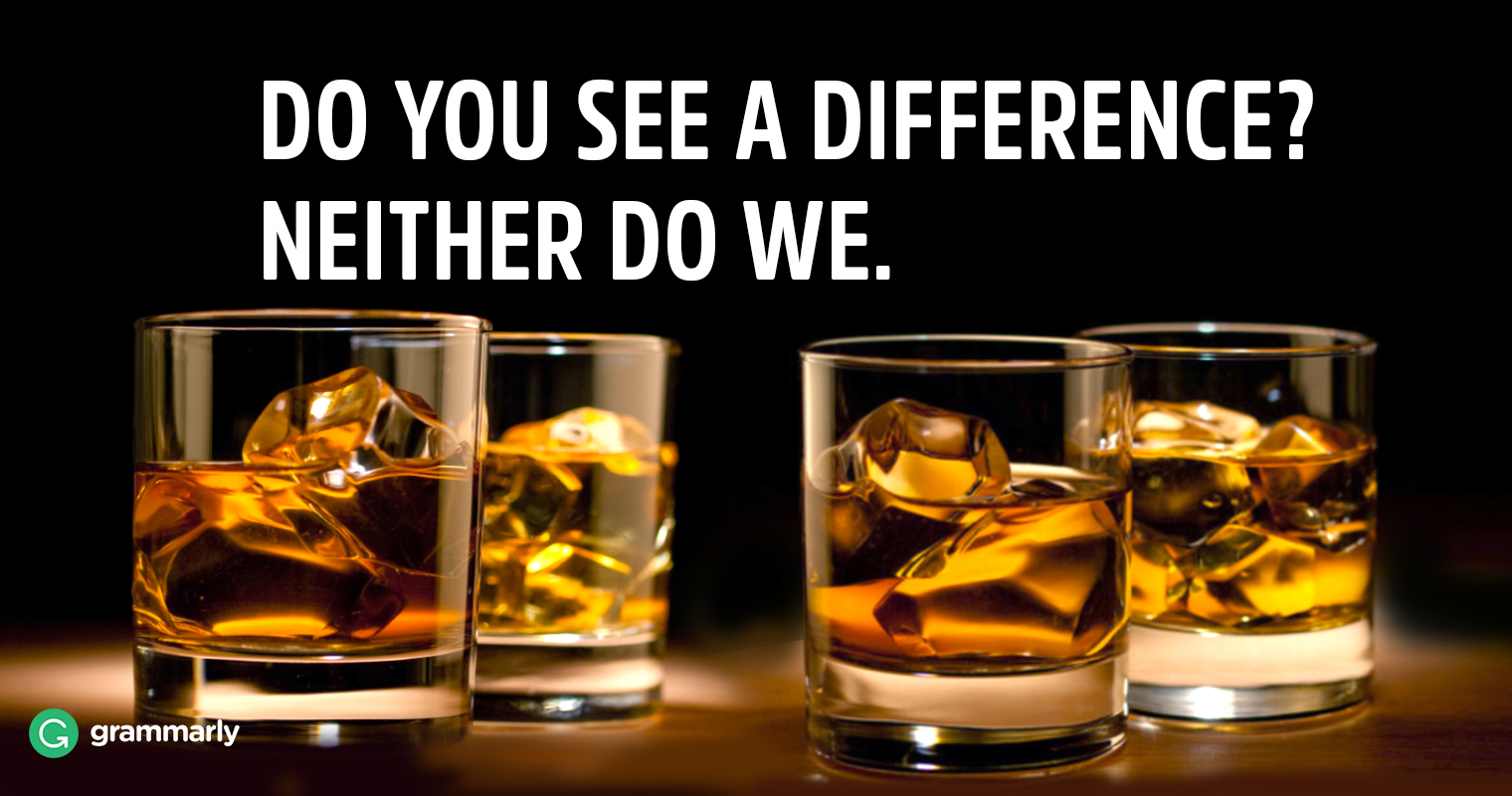 The difference between whiskey and whisky

Does the spelling difference have to do with anything besides the country of origin? Are all whiskeys made one way and all whiskies made another way?

Not really. If you look at American, Scottish, and Irish whiskeys, you’ll notice that there are a few rules about how the liquor is made in those countries, but they have nothing to do with the spelling. A whisky can be distilled two times, as they usually do it in Scotland, and a whiskey can also be distilled two times, as they do it the United States. In Ireland, however, a whiskey is usually distilled three times. So the difference between a whiskey and a whisky just depends on the country of origin, and it would be wrong to say that all whiskeys or all whiskies are alike.