Reconsider Ghosting—Here’s How to Respectfully Withdraw 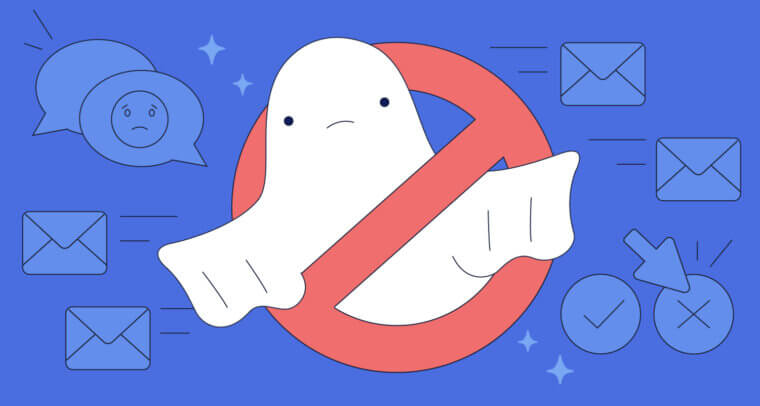 Here’s an underrated skill: finding the words to politely withdraw from a situation or relationship without ghosting.

Even if you’ve never heard the term “ghosting” before, you’ve likely encountered it—and perhaps dabbled in it yourself.

Ghosting is when you stop communicating and disappear from a relationship—personal or professional. Maybe you were close to getting a job offer or picking up “let’s get serious” energy from someone you weren’t that into and opted to silently peace out.

While it’s not a great look, it’s understandable that when a situation becomes uncomfortable or untenable, you don’t want to overtly offend or hurt someone by telling them it’s not you, it’s them. We aren’t here to judge, but we also maintain that this leaves the other person wondering what went wrong and still possibly offended or hurt—so net, you’re not exiting the scenario as gracefully as you might have believed. Rather than silently backing away, consider our ideas on how to respectfully tell people what’s up—and maybe put some ghosts to rest.

Scenario: Someone suggests you apply for a particular job, but you’re not sure you even want it. “Apply anyway,” they say. “You’ll learn a lot about whether it’s for you during the interview process.”

So flash forward a few weeks. You’re now a finalist for the position, but you’ve determined it’s not something you want. One option is to hope someone else gets hired instead—and consider faking your death.

Alternatively, you could calmly take your name out of the running. You might try words to this effect:

Thank you for taking the time to consider my application and tell me more about the position. After thinking it over, I don’t think it makes sense for me to continue with the application process, and would like to respectfully withdraw. I hope we can still be in touch and can perhaps find another opportunity to work together in the future.

Note also that you don’t have to give an explanation. In fact, if the honest reason is the pay is too low and the skills test was miserable, keep that to yourself. The point is to be courteous—both by leaving the door open to other possibilities and by saving folks some time so they can move on to the next candidate.

>>Read More: How to Write a Follow-Up Email After an Interview

Another scenario: You met someone nice for coffee, strolled around a lake, laughed at their jokes, detected a searching look in their eye, and concluded that’s about as far as things should go with them.

Again, you could go dark, with the added bonus of pretending they’re invisible whenever you cross paths in public. Or—and this requires some tailoring to fit your unique context—you could try something like this:

Hey, I might be wrong, but I get the vibe you’re interested in something I’m not. I don’t want to make things weird between us, so I wanted to be up-front and let you know.

If you hope to be friends with this person, you might also say as much, but “let’s be friends” is not a choice euphemism for “I hope we never speak again.”

Here, we’d be remiss not to note two things: If this is a person you have a history with and care about, of course, plan to have more of an in-depth conversation with them than we can outline here. And just so we’re clear: If, on the other hand, you’re worried this person might be a creep, there are no rules except to only do what feels safe.

Sometimes friends drift apart and have less to talk about or do together. That’s fine, and it’s not the same thing as ghosting. But, if you find that you’ve been declining someone’s social invitations more frequently than not and they ask why you never hang out anymore, you can borrow from the ideas above and say something like this:

Hey, that’s not really where I am in life these days. We had a lot of fun times before, and I appreciate those memories and care about you, but I can’t be that person to you right now.

These conversations may not be easy or fun—but they’re often better than feeling like a silent, guilty ghost.