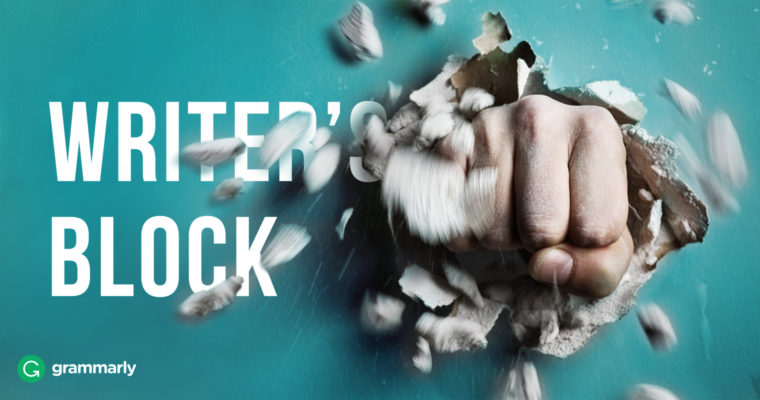 You’ve already taken ten deep breaths, made coffee, gone on a walk, had a snooze, made more coffee, looked at colossal lists of inspiring ideas, and made another cup of coffee for good measure. It’s time to break out the big guns—er, pens.

Everyone has their way to push through mental blocks and get things done . . . but what are the weirdest strategies? Here are eight odd but useful ways to reset your brain.

1 Shake up your routine.

Write at a different time. Go to a new coffee shop, or sit in the park. Go to a movie in the middle of the day. If you usually write on a computer, try pencils. Or colored pencils!

2 Use your five senses.

Listen to weird music. (Try these Kurdish disco beats. Or this Russian waltz). Go to a bakery and inhale—or if you’re feeling adventurous, stick your head in the dumpster out behind the grocery store. Put your hands on a pineapple. Eat it—or eat a squid tentacle. Watch a movie or TV show you haven’t seen, or better yet, go sit somewhere new and watch the people who go by. Really watch, and make up their stories as you do.

3 Cry your heart out.

On paper, that is. And preferably with words, not tears.

Write down all the things you don’t like about your writing. List the problems with the piece you’re working on. Scribble down what you don’t like about when you can’t write. Tally all your fears, dislikes, complaints, and concerns. Basically, this is your permission to have an uninterrupted gripe fest on paper until you run out of complaints.

The trick: you will run out of complaints. Once you express all that negativity, you’ll find it seeping away. It may not solve your writer’s block completely, but it should make you feel a bit better about picking up the pen (or keyboard) moving forward.

4 Do something you haven’t done since you were a kid.

Grab a jump rope and get the blood flowing. Go to the park and kick a kid off the swings (actually, leave the kids alone. But swinging is fun).

Or do something you’ve never done that kids do: play paintball, or laser tag, do a funny dance, or, if you can recruit some teammates, kickball or capture the flag. Okay, fine—videogames count, but don’t get sucked in. Sporty games are best because the resulting endorphin boost can get you in a better writing mood, but picking an unusual activity of any kind can help your imagination move into spaces you wouldn’t have expected.

5 Start a conversation with a stranger.

If it’s interesting and you can use it as writing fuel, awesome! You win.

If it isn’t, write five ways it could have gone differently. What could you have said to veer the conversation in a certain direction? What if you’d become besties? What if you secretly shared a long-lost uncle? What if you became a duo of crime-fighting, demon-slaying superheroes?

No stranger handy? No problem.

Create an imaginary person to talk to who loves everything you ever write. If you’re a creative type, you can give your new buddy a name, personality, even pick a photo or a doodle that looks like the person (or llama, or dinosaur) you want to talk to.

If that’s taking it a bit too far, you can still play the imagination game with a nameless invisible buddy. Write out a conversation, or scribble a letter to your friend. If you’re not ready to let them know about your writing issues, invent some challenges for your friend and talk those out. It’s an exercise that will get you out of your negative, blocked headspace, and if your friend is a true fan, it can help you see the good in your writing and move past the blockage.

And don’t worry: being a grown-up with an imaginary friend doesn’t make you crazy. If you start liking your friend more than everyone else around you, then we’ll talk.

7 Create a reward system for yourself, and break it.

Write for thirty minutes (or two pages, or 500 words—set your milestone) and give yourself a prize. Gummy bears. Coffee. Your favorite game app.

Already have a reward system and still have writer’s block? Binge on rewards. Have two ice cream sundaes, or play your Scrabble app for two hours straight. After that, you’ll probably be dying to do something productive.

8 Say hey to the cliché.

If you’re not in the mood to dance around to Kurdish music like a maniac or talk to your invisible bestie like—well, a maniac, go back to the tried-and-true methods of fighting writer’s block. Take a break, or a nap. Make lists of inspiring ideas. Read lists of inspiring ideas. Freewrite until a good idea comes along. Stare at a wall (or preferably, nature). And there’s always coffee.

There’s no surefire way of beating writer’s block, but by being creative in your approach to brain drain, you might find just yourself quicker to get your brain back on track.