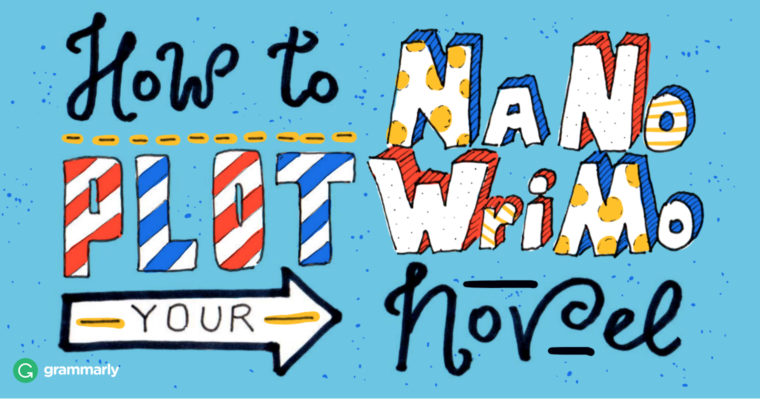 Last week, we encouraged you to cultivate curiosity by going out into the world and observing humans as character fodder for your novel. Now, after applying a divine combo of sweat equity and serendipity, you’ve invented a character who intrigues you and whose story you want to tell. It’s time to start charting a course for that story.

All plotting begins by knowing the stakes. Your character wants something, and certain roadblocks are going to keep getting in his way, preventing him from reaching his goal until the story concludes. Although your character doesn’t necessarily have to ever reach his goal (not all stories have happy endings), he does have to learn something and be transformed in the process. Keep this in mind as you’re plotting your novel. It helps to ask yourself What does my character want? What’s he willing to do to get it?

The number of books and articles that tell you how to plot a novel are overwhelming. Many pitch no-fail plans to help you get an idea out of your head and onto the page. Most of them also acknowledge that no plan works for everyone, and that the best way to plot a novel is the way that works for you. With that in mind, here are three plotting ideas to get you started.

Novelist and screenwriter Chuck Wendig, author of the politically incorrect Terrible Minds blog, suggests a free-form technique he calls “chaos reigns.” It seems particularly appropriate for NaNoWriMo writers, because it feeds off the seat-of-your-pants approach the annual writing event encourages.

This technique is simple—sit down and write out your story as an informal plot synopsis. Don’t add details or put any meat on the bones, just write what happens as if you have thirty minutes to tell your tale to someone over a cup of coffee. Using this technique, the plot description for The Wizard of Oz (the movie, not the book) might begin like this:

An orphaned girl named Dorothy lives with her aunt Em and uncle Henry on their Kansas farm. One day, a mean neighbor, Miss Gulch, lashes out at Dorothy’s dog, Toto, and Toto returns the favor by biting her. A while later, Miss Gulch shows up at the farm with an order to have Toto put down. She takes the dog, against Dorothy’s protests, and storms off on her bike with Toto in the basket. Toto manages to get free and return home, and Dorothy, fearing Miss Gulch will come back for him, takes him and runs away.

And so on. You get the gist. Freewrite your plot synopsis. Don’t think too much. Have fun, and then assess your story after the fact so you can add to it, fill in any gaps, or change anything that doesn’t make sense. You might consider putting your plot to the but and therefore test described below to make sure it’s working.

Sometimes, plotting is as simple as asking what happens next and remembering that it has to make the main character’s struggle increasingly complicated. Think of your scenes as events, each one linked to another. Trey Parker and Matt Stone, creators of South Park, recommend using the words but and therefore (or so) to determine whether each scene you envision is moving your story forward. If you can say but or therefore after describing a plot event, then the events are advancing your plot. But if you can only say and then, you’ve hit a dead end story-wise. Let’s look at The Wizard of Oz again as an example:

Dorothy runs away from home to keep her dog from being impounded and euthanized, but she meets a traveling fortune teller who informs her that Aunt Em has fallen ill with worry over Dorothy’s disappearance.

The but in this event reveals the conflict. Dorothy had a plan to get away with her dog, but her attempt was thwarted when she learned her aunt was sick. This conflict forces her next decision, the therefore or so part of the formula:

Therefore, Dorothy hurries back to the farm. . .

And now the next plot twist (pun kind of intended) engages:

. . .but by the time she gets there, a powerful tornado is heading her way, so she tries to get into the storm shelter, but she’s unable to, so she seeks shelter inside the house, but she is knocked unconscious by a loose window shutter.

See how the conflict escalates in this scene? Without the but and therefore/so, these scenes wouldn’t lead anywhere. No conflict, no story. If Toto doesn’t bite Miss Gulch and precipitate the chain of events, then all we have is an orphaned girl living with her aunt and uncle on a Kansas farm. That may make for a vignette (a little slice of life) but it’s not a story. Novel scenes need to connect, with one event leading to another in a cohesive way. To prep for getting your novel written come November, write out your story arc scene by scene using but and therefore to qualify each event.

Read more about this concept at Janice Hardy’s Fiction University.

If you’ve read writing blogs, then you may have seen Randy Ingermanson’s Snowflake Method referenced. It’s a more structured formula that breaks novel plotting and preparation down into ten steps. You begin by taking an hour (yes, you read that right) to write a one-sentence description of your novel. (Using our Wizard of Oz example again, your sentence might be: A young girl embarks on a quest to get back home after a tornado sweeps her away to a magical land.) Being forced to boil your idea down to a single sentence can help reveal early structure problems and show you whether you have a viable story to tell or not.

Once you have a single-sentence description, you’ll expand it to a full paragraph. The first sentence provides a backdrop, followed by a sentence each for a series of inciting events that move the action forward, and then a final sentence for the conclusion.

Next, you develop each sentence of your summary paragraph into a full paragraph each. By the end of this stage, you’ll have a one-page skeleton for your story. Then, you’ll begin writing down descriptions of each major character. You’ll continue expanding the story until you’re ready to pound out your first draft, which is where November and NaNoWriMo come in. Read up on the Snowflake Method on Ingermanson’s Advanced Fiction Writing.

Use what works for you

There are many ways to plot a novel, from the highly structured approach of writing down an intricate, point-by-point plot outline to the completely free-form approach of speeding straight into the first draft without much more to drive you than a vague idea. There are writers who swear by each of those methods, and the whole spectrum of techniques in between. There’s no wrong way to plot your novel as long as the resulting book makes sense. NaNoWriMo is still three weeks away, so take some time to experiment and discover which one is most helpful to your process.