Marko Ticak
Grammar
Here’s a tip: Want to make sure your writing always looks great? Grammarly can save you from misspellings, grammatical and punctuation mistakes, and other writing issues on all your favorite websites.

There’s an argument to be made that everyone who speaks English also knows some French words. Historical influences, geographic position, and pragmatic borrowing have all led to a number of firmly entrenched French words in the English language. Vis-à-vis is one of them—it was borrowed from French, so if you come face-to-face with it and don’t know what it means, you might need a dictionary.

What Does Vis-à-Vis Mean?

The literal meaning of vis-à-vis is “face-to-face.” The “vis” in vis-à-vis comes from the French word visage, which means “face.” In English, the phrase is used both literally and figuratively when we want to compare something or say that something is facing something or is opposite to it. 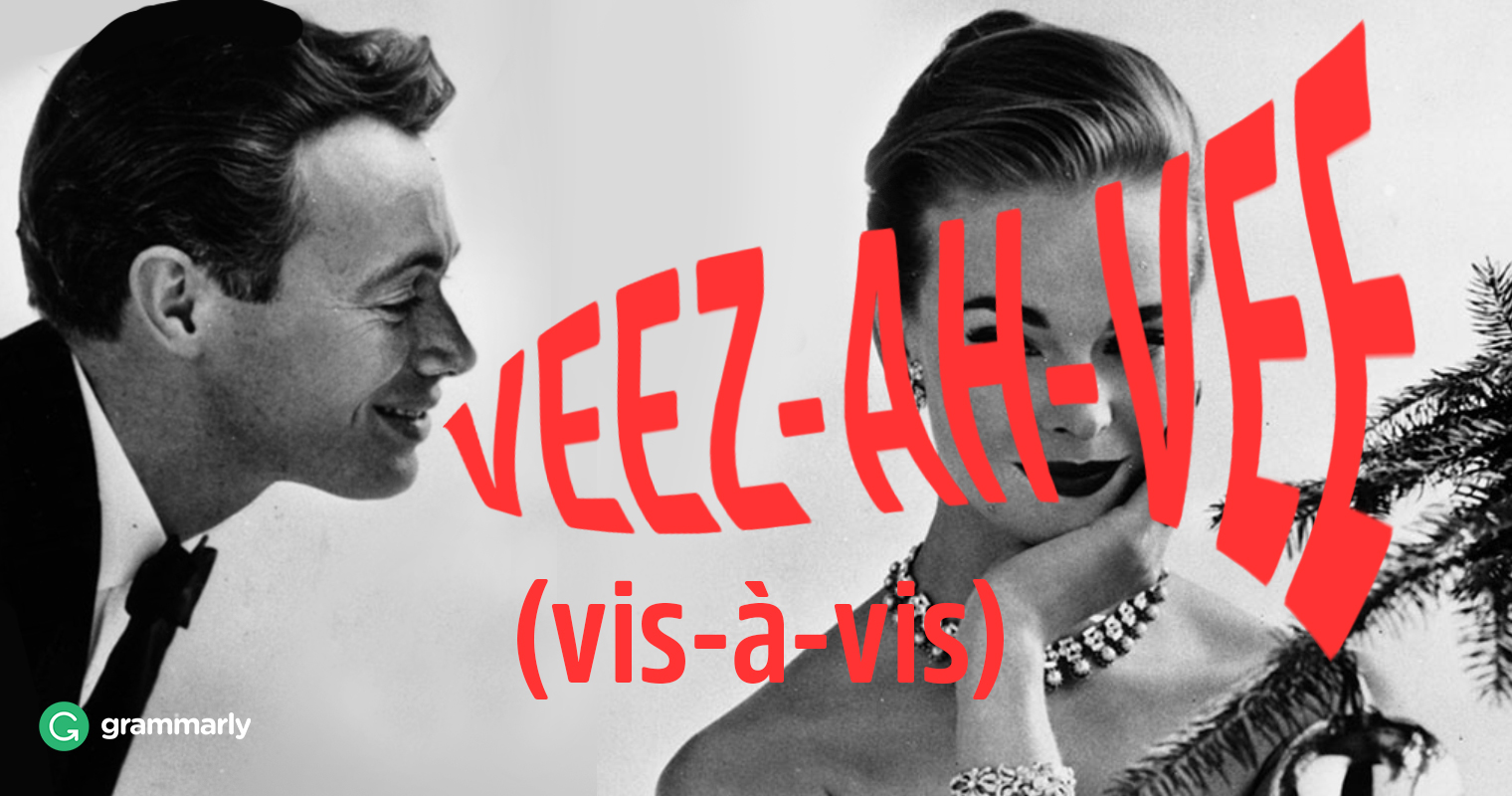 You can use vis-à-vis in several different ways. You can use it as an adverb:

My friend and I stood vis-à-vis in the crowded bus.

You can also use it as an adjective:

The vis-à-vis meeting with my boss went well.

Or, you can scrap “meeting” altogether and use vis-à-vis as a noun that means “meeting”:

The vis-à-vis with my boss went well.

As a preposition, vis-à-vis is used to compare things. So, if you want to compare the food you’ve eaten today with the calories you burned working out, you might talk about your caloric intake vis-à-vis caloric expenditure. You can also use it to say that you’re facing something or are opposite something. Right now, you’re probably sitting vis-à-vis the computer monitor.

However you decide to use vis-à-vis, remember that it’s a loanword and that it retains its original French spelling when used in English. Although some writers are lax about it, if you want your writing to look professional, make sure to use both hyphens and the grave accent over a.

Examples: Vis-à-Vis in a Sentence

Simply put, if a private company’s products become too expensive vis a vis their competitors’ offerings, their products won’t sell, the company goes out of business and jobs are lost. —CNBC

…that is unless they want to be deliberately absent from their historic responsibility vis a vis Aleppo and Syria. —The Huffington Post

He said: “We are in a slightly invidious position in trade vis-a-vis China, despite the size of our market we are probably less relevant to China out of the European Union…” —The Guardian

The new carriage, called a vis-a-vis because the passengers ride face to face, seats three people on each of the seats and one up front with the driver. —The Chanute Tribune