How Should I Use Vice Versa?

Try to imagine the English language without any loanwords. What would you call avocados? Or tomatoes? Or bananas? How about moccasins, jazz, shampoo, bagels, poodles (and noodles), and many other things we call by names that originated in other languages?

Sometimes, the phrases that wander into English hang on to their original form. Et cetera is a Latin phrase that is used to say “and so on.” Ad hoc is another such phrase, and it literally means “for this.” Vice versa is also among them, and it’s the phrase we’ll be examining closer in this article. 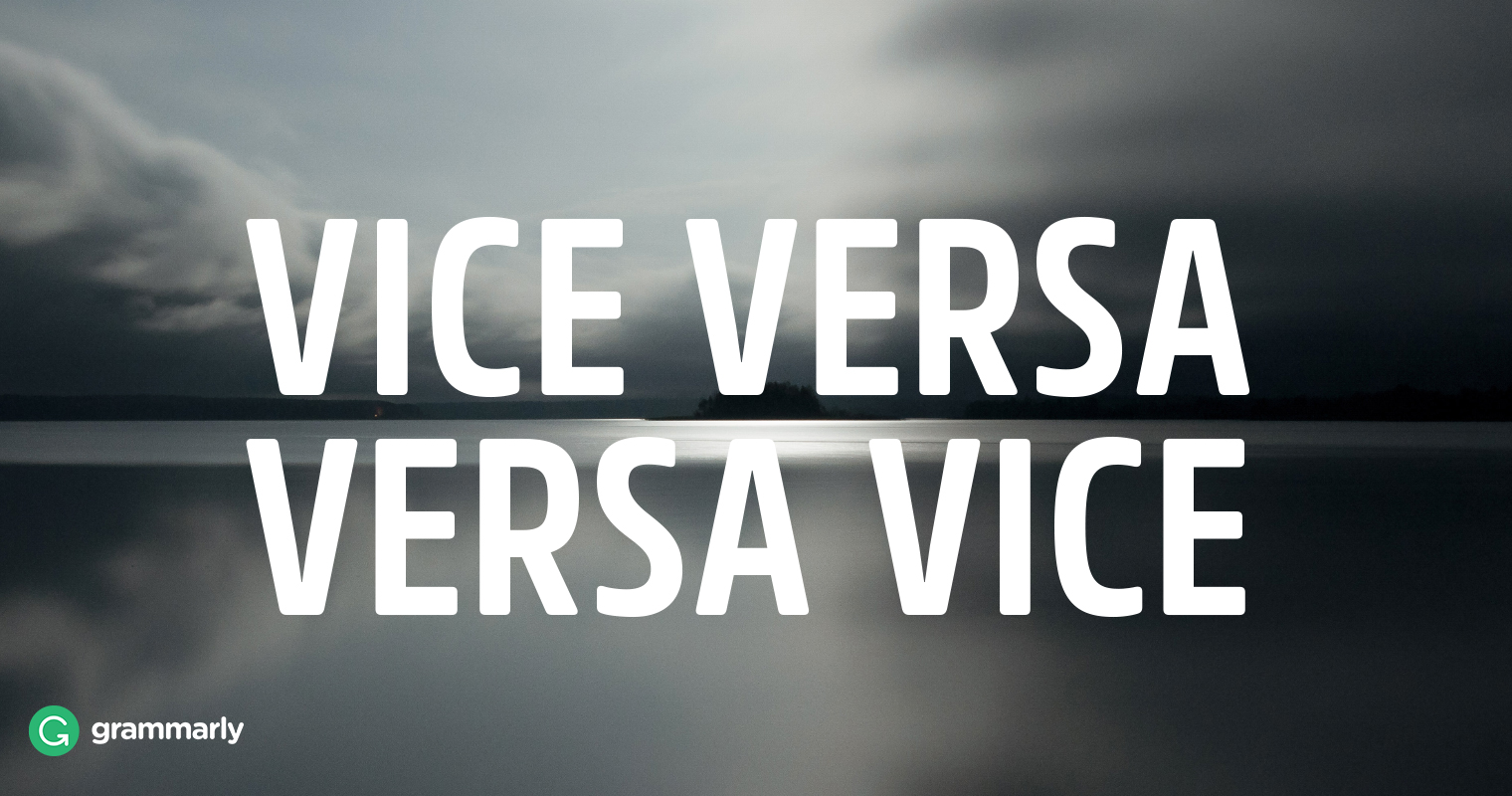 The vice in vice versa is not the same vice that means moral fault, but it is the vice we use in phrases like vice-president. It comes from the Latin word vicis, which means “a change,” “an alteration,” or “a succession,” but also “a place” or “a position.” Versa comes from versus, which means “to turn.” When you combine the two words, you get a phrase that literally means “with position turned,” or, as we like to say in English, “the other way around.”

Vice versa is an adverbial phrase, which means that it plays the role of an adverb. It is commonly used with the conjunctions “and” and “or.” You can also use it with “not” when you want to say “not the other way around.”

You should use vice versa when you want to express that something you just said or wrote is true even in the opposite order. So, for example, if you’re not particularly fond of your colleague, and you think the feeling is mutual, you can say:

In this sentence, you’re saying that you don’t like Bill, and Bill doesn’t like you. The subject becomes the object and vice versa.

We’ve used italics for vice versa in this post because we’re talking about the term itself, but in ordinary use there’s no need to italicize it or to enclose it in quotation marks. There’s also no need to hyphenate it—it’s always written as two separate words. You don’t need to capitalize it, either.

This device features 1080p up-conversion and 2-way dubbing. This way, you are able to transfer from VHS tapes to DVDs and vice versa. —Fox News

“It wouldn’t exactly be the first time racial ideas have come from the US or vice versa,” he said. —ABC

Effectively, U.S. armed forces can operate out of Indian bases, and vice versa, on a simple basis. —Forbes

“There are times when I’m really happy and I write something really sad, and vice versa.” —The Guardian