Why Do We Call February 14 Valentine’s Day? 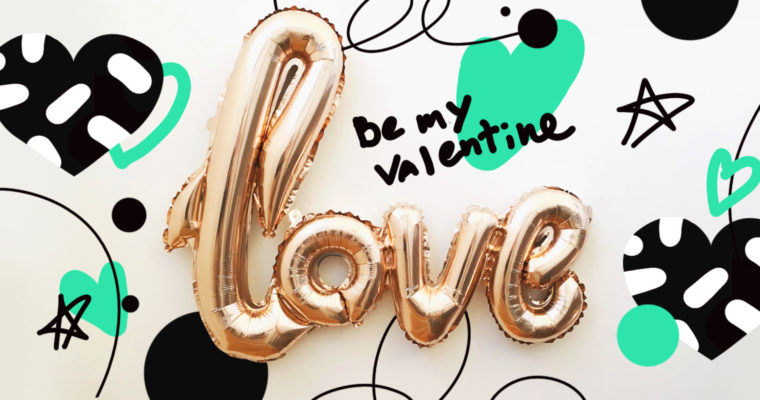 Why do lovers send cards and spend time together on February 14th? Who was Saint Valentine? Here are a few fun facts about Valentine’s Day.

The Mystery of St. Valentine

No one is certain which of the notable Valentines in history inspired the name of this holiday. However, in 270 CE, emperor Claudius II Gothicus put to death a priest with this name. Shortly before his execution, legend has it that the priest sent a letter to a young lady. Perhaps his way of closing the letter, “from your Valentine,” sparked the tradition of sending Valentines to loved ones. Other people say that the Valentine behind the holiday was a bishop from Terni, Italy who secretly performed marriages forbidden by the emperor. A third theory is that the executed priest and the marriage-performing bishop were the same romantic person.

Every year on February 15, priests called Luperci sacrificed animals. Afterward, they cut narrow strips of skin from the sacrificed animals and ran around using them to hit women they encountered in the streets. Supposedly, any woman touched by the animal skin became fertile. These rituals happened during an ancient Roman festival called Lupercalia.

According to Encyclopedia Britannica, Pope Gelasius I decided to replace Lupercalia with the Feast of the Purification. He changed the date to February 14 and named the day in honor of St. Valentine, the patron saint of lovers, people with epilepsy, and beekeepers.

In the 16th century, people started to send messages called valentines. By the late 18th century, printers began selling commercially-produced Valentine’s Day cards. Now, about a billion valentines are exchanged every year in the United States. Behind Christmas, it’s the most popular day of the year to send cards!

In Roman mythology, Cupid is the son of the goddess of love, Venus. His mother often took advantage of his job as a messenger to the gods to send him on mischievous missions to arouse love in victims shot by passion-inspiring arrows. He is often pictured as an infant with wings, a bow, and a quiver of magical arrows.

Before people realized that hearts pumped blood inside the body, they noticed that the heart beat faster when they were excited. The organ began to be associated with emotions, especially infatuation and love. Valentine’s Day decorations often feature hearts, sometimes pierced by Cupid’s arrow!

Lovers were exchanging all the customary tokens of love, such as flowers and candy by the 18th century. Red roses, which symbolize romantic love, are an especially popular gift. “I feel that romantic ideas such as a handwritten love letter or a special surprise date that carries memories for the couple are the types of things that should represent a day like Valentine’s Day,” says Trina Leckie of Breakup BOOST podcast.

Did you find the origins of Valentine’s Day mysterious and fascinating? The more you investigate this holiday, the more interesting facts you will discover!