13 Kinds of Grammar Trolls We Love to Hate 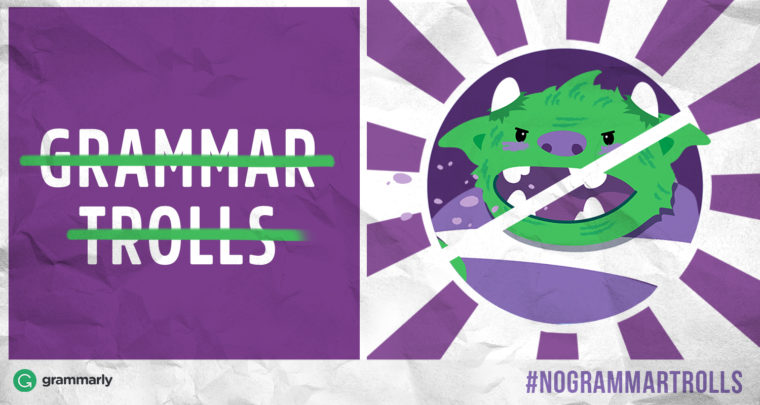 How many different rules of grammar and punctuation exist? For every rule, there exists a person eager to publicly expose any rulebreakers. These vigilante defenders of grammatical order are grammar trolls. Here are thirteen types to watch out for.

In the world of writing, a red herring doesn’t refer to a fish. Instead, it’s misleading or distracting information. Fish Throwers are grammar trolls who don’t add anything essential to a conversation. Rather than focusing on the objective of the writing, they distract everyone by criticizing grammar. Who do they think they are? You might ask these trolls, “What does that have to do with the price of tea in China?” Closely related to Fish Throwers are the Drowning Fish Throwers. These trolls begin as regular interlocutors on social media. However, sooner or later they get into a debate and begin to lose the argument. Rather than admit defeat, they try to win points by insulting their opponents’ grammar. Unfortunately, they don’t fool anyone.

The discussion is over. Everyone has had their say. But someone out there thinks that it’s still necessary to comment on a post. Who is it? None other than the Late Bloomer, a troll who wants to point out errors from years past. This troll doesn’t realize that everyone else has moved on to new topics. The good news is, no one really reads late arrivals anyway.

How many tweets does the average person publish each day? Breeder trolls multiply tweets by the hour! In their opinion, it’s their sacred duty to point out each and every spelling error with an asterisk and the correct spelling. Confused words prompt them to question the writer: “Did you mean. . .?” Comma splices practically make steam pour from their ears. These highly educated grammar trolls have too much time on their hands. Wouldn’t it be best if they found a more productive hobby?

No, Frank isn’t the real first name of this troll. However, it does describe his personality. To be frank is to be honest and straightforward in your speech. Frank trolls tell it like it is. They aren’t trying to hurt you. Actually, they want to help you by pointing out the obvious. The trouble is, sometimes people don’t like the truth and certainly not when it comes in the form of public censure. Frank, might you start a private chat next time? 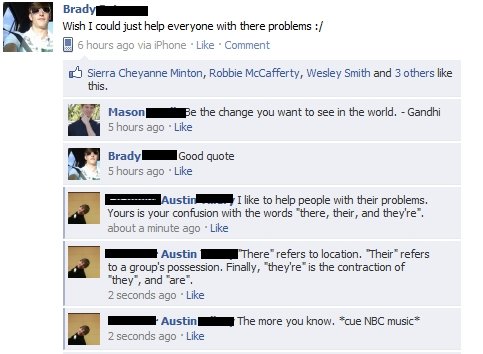 Maybe this troll isn’t dumb, but his comments are. Enough said!

Have you ever been wrongly accused of committing a grammar faux pas? Jumpy Jurors base all their judgments on circumstantial evidence. They don’t read the piece carefully. They don’t research to make sure their understanding is correct before making an accusation. Forget innocent until proven guilty. In their eyes, you’re wrong! Don’t bother trying to present evidence because jumpy jurors never listen to reason. And the only opinion that matters to them is their own.

Broken Mirror Trolls are so busy looking at your grammar that they forget to examine their own. It’s as if they don’t have a spelling checker installed in their word processing program. How dare they critique anyone else with so many mistakes in their own writing? These trolls need to take a good look in a non-broken mirror!

Bandwagon Riders don’t know a lot about grammar. However, they have mastered the difference between possessive pronouns, such as your and their, and contractions, such as you’re and they’re. Empowered with a little knowledge that they learned from other trolls, they vocally and viciously identify typos they find online. These trolls are practically unstoppable because each correction they make feeds their egos.

The Passive Aggressive Trolls would never directly correct you. Oh, no! They simply post comments that are suspiciously similar to yours, only with certain changes to punctuation and syntax. These trolls hate Frank, by the way.

Stalker Trolls are the creepiest of all the grammar trolls. These trolls didn’t stumble upon an error by accident; they searched all your posts methodically and commented on every one. Why are they targeting you? Is it for attention? Are they jealous? Their motives are highly suspect, so your best course of action is to avoid these bad guys.

These trolls start trouble for one reason and for one reason only. They find it amusing to start trouble and then read the resulting comments. Usually, they don’t even participate after they have made their scorching attacks. For them, the fun lies in watching you burn in anger or shame.

It’s perhaps unfair to accuse members of the troll Fire Squad of being trolls themselves; the phrase “anti-troll” might be more apt. These folks look for fires started by Internet Arsonists and douse the flames by posting quotes from reputable sources to resolve the dispute. These are the people you will want to call if you need someone to protect and defend your writing.

Why learn about grammar trolls? According to The Art of War, “If you know the enemy and know yourself, you need not fear the result of a hundred battles. If you know yourself but not the enemy, for every victory gained you will also suffer a defeat. If you know neither the enemy nor yourself, you will succumb in every battle.” If you really want to take a stand against grammar trolls, use this list to identify their motives. Then, you can decide whether you want to thank your troll, ignore him, or retaliate with a scathing comment of your own.