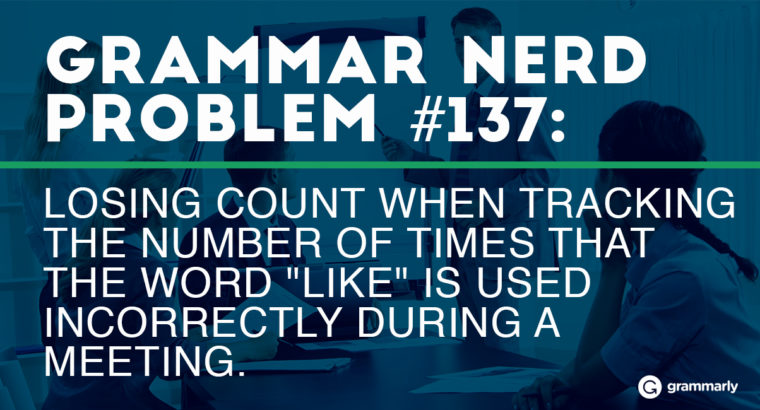 As soon as the words came out of my mouth, I wanted to take them back. An acquaintance had just made the dreaded less-fewer slipup in casual conversation, and I had begun to correct him before I realized two things: I didn’t know this person well enough to correct his grammar in an email, let alone in a quip uttered on a Friday night. My correction could easily come off as patronizing advice, or worse, a jab at his intelligence.

I thought about this incident while watching The Guardian’s latest video on the reasons why grammar snobs are the worst, knowing that I wasn’t alone in my pedantry. A whole culture of correction and condescension to those who don’t know grammar rules has taken root on social media, and I have occasionally taken part in it.

I agree wholeheartedly with the video’s first point, that grammar snobs often use outdated rules and guidelines to fuel their trolling. I also would concede that many of these rules are not only impractical but also exclusionary—as in the case of the singular “they.” Language is as much a living, breathing organism as the populations that speak it, so we shouldn’t be mired in tradition when cultural shifts call for new usages, terms, and rules. It’s time to let grammar live.

Also, I’ve realized that public grammar callouts are rarely productive, especially when they target individuals who may not have learned standard English grammar rules in the first place. According to a recent Grammarly poll, only 59 percent of respondents learned grammar in school. The other 41 percent relied on friends, family, or other sources to absorb grammar rules. We don’t generally point out other knowledge gaps in our peers unless they cause real-world problems. For example, imagine an American publicly correcting a friend every time she said she was going to “vote for the president.” That person could (rightly) say, “Well, technically, we’re not a direct democracy, so you don’t vote for the president. Your vote counts toward an electoral college vote, which you hope will go toward the candidate you support.” Although this is correct, most people wouldn’t engage in this level of correction in casual conversation, since it doesn’t fix a problem or further the discussion.

But what are grammar snobs and pedants left with when we can’t harp on the “whoms” and scoff at the “furthers”?

Occasionally, I think it’s still appropriate to correct the grammar of a larger group or body. For instance, organizations that are in positions of authority probably should promote standard English usage and clear language, so they don’t confuse their constituents. And, as we’ve seen time and time again, typos in official documents can cost millions to governments and corporations.

On an individual level, though, I agree with The Guardian, even if I am myself a recovering pedant and an occasional snob. Grammar snobbery is “just plain wrong.”

LifestyleAre You a Grammar Troll? Quiz